A fight between Claressa Shields and Savannah Marshall could be the biggest female fight in boxing right now, and it could happen in the UK. Eddie Hearn tells Sky Sports he is prepared to pay Team-Shields the big, big money that is being demanded to make this fight. As fans know, Shields and Marshall have a history, the two boxing as amateurs way back in 2012, with Marshall getting the decision win. To this day, no other fighter has beaten Shields, who has won everything there is to win in three weight divisions (154/160/168).

Shields has bitten over the way she feels very strongly how Marshal has “lived off my name, this due to the fact that she beat me when I was just 17 years old.” Shields has said a number of times how she would put a beating on Marshall in a pro meeting. Marshall insists she is the only woman who can defeat Shields and that she will do so again if given the opportunity.

Last night, Marshall retained her WBO middleweight title and improved to 10-0(8) with an impressive third round stoppage of late replacement, Maria Lindberg, with Marshall becoming the first fighter to stop Lindberg. Marshall again called out Shields in the post-fight interview.

Tyson Fury: "Time to take back what I never lost"

“I punch too hard for Claressa Shields,” Marshall stated. “She doesn’t want to know. She’s not interested. If she gets some guts, a big showdown with Shields [can happen] at the end of the year.”

Shields, 11-0(2) is certain to hear what Marshall had to say and there is certain to be a reaction. Can this fight be made? We all want to see it, that’s for sure. And what a big event it would be for British boxing if Hearn managed to lure Shields to the UK for the “revenge” fight. Hearn says Marshall is “The hardest P4P puncher in women’s boxing.”

“We know what we want next,” he added, obviously pointing to the Marshall-Shields fight. “I think Shields is great but there is no way she goes ten rounds with Savannah. Shields can’t stand up to Savannah’s power.”

But does Shields want it? Shields has done just about everything there is to do in her fine career – apart from defeat Marshall. There really is nothing left for the two-time Olympic gold medal winner to accomplish. 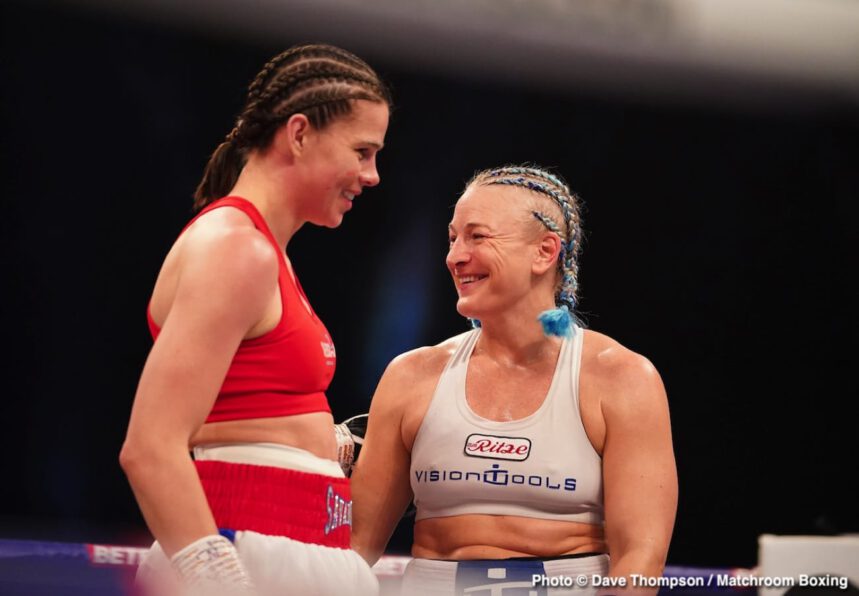 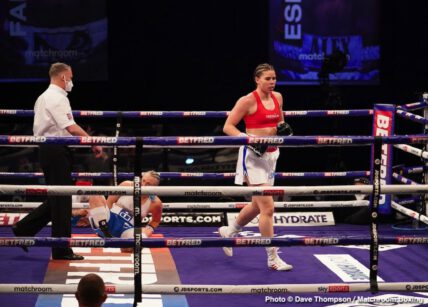 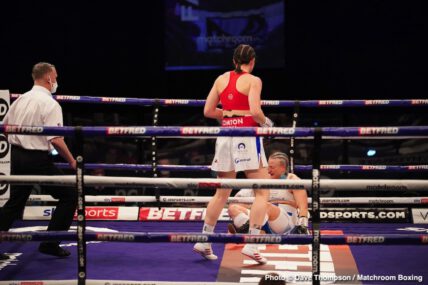 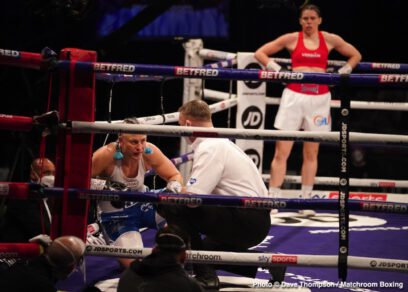 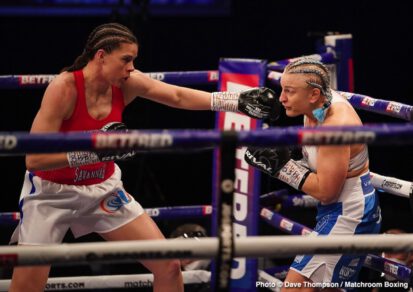 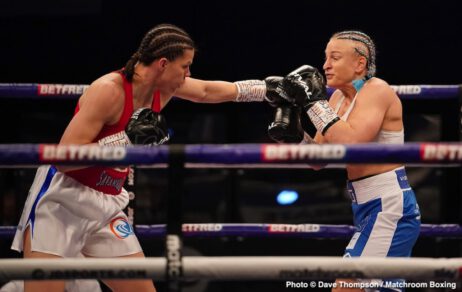