Savannah Marshall got the job done in impressive fashion last night as she took out a game Lolita Muzeya in two rounds to retain her WBO middleweight title, and Claressa Shields sent a video message of congratulations – sarcastic as her words might have been. Shields and Marshall of course have a long history. The two female fighting stars fought just once – with Marshall winning the amateur decision way, way back in 2012 – but they have been going back and forth with the verbal stuff seemingly ever since.

Now, with these two unbeaten champions confirmed to fight against TBA on the same card in Birmingham, UK on December 11 (on Sky Sports) the massive rematch fight at pro level seems to be close than ever.

“See you next year, girlie,” Shields said to Marshall last night via video hook-up. “I’ll show you a real champion.”

To which Marshall replied, “What a load of crap! Claressa couldn’t last two minutes with me, let alone two rounds.”

This is a very real grudge-fight, super-fight in the making, and if both champions come through in December, it seems the biggest fight in female boxing that can be made right now will indeed be made. And what’s especially exciting for British boxing fans is the chance that Shields-Marshall II: “Repeat or Revenge,” could happen in the UK. Marshall, 11-0(9) looked great last night; powerful, fast and accurate. But Shields, 11-0(2), though no big puncher, has done simply amazing things in the sport, winning world titles at 154, 160 and 168 pounds; to say nothing about her stellar amateur career.

Shields has also been successful in MMA, having won her MMA debut in June, and she is set to fight again in MMA later this month (October 27, against Abigail Montes).

Is Shields too good for Marshall and does that 2012 loss mean virtually nothing (Shields was just a teenager at the time)? Or is Savannah Marshall the only fighter Claressa Shields cannot defeat? Some time in 2022, we should get our answer. 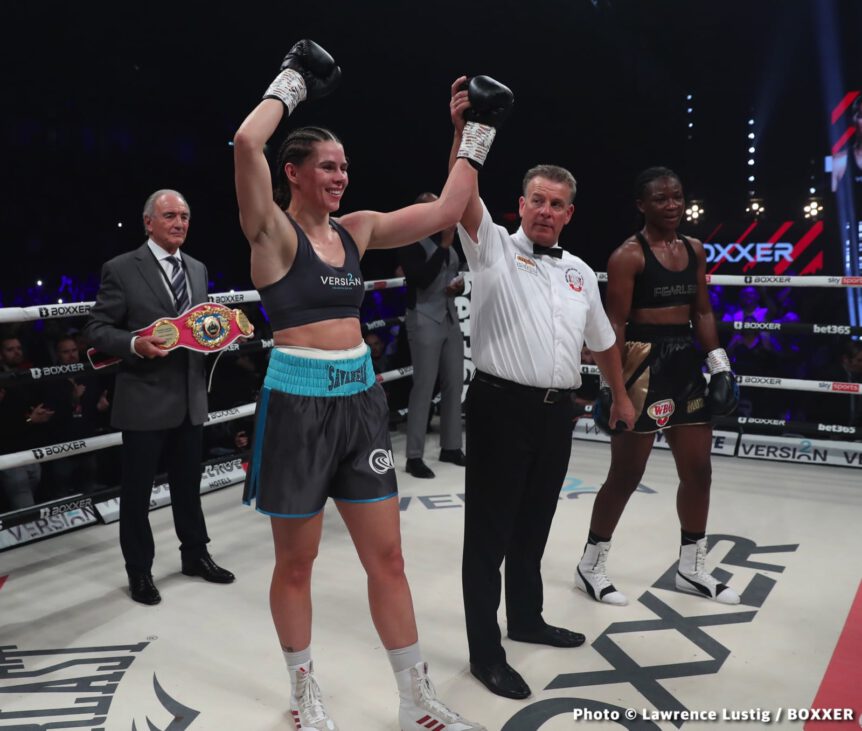 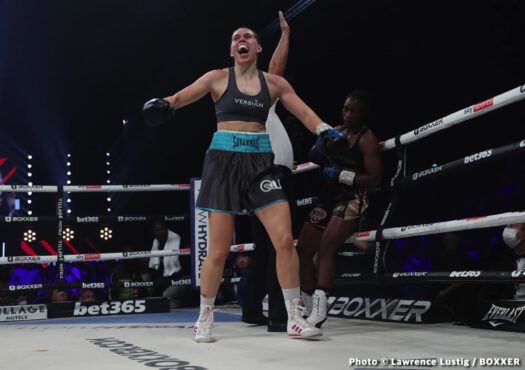 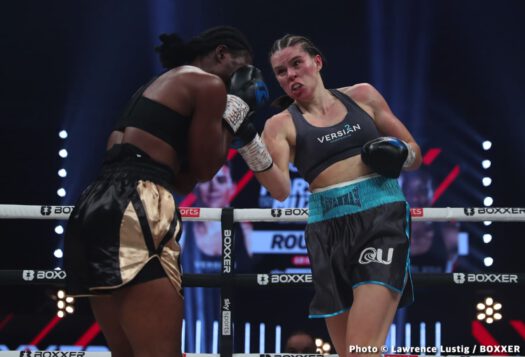 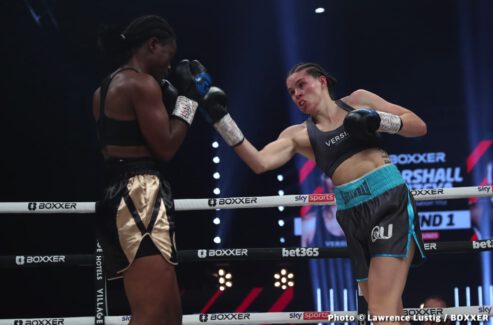 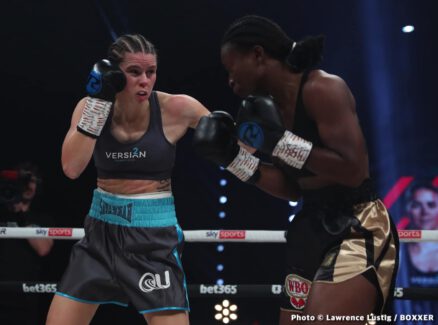 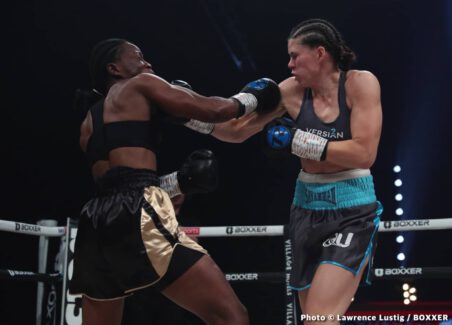 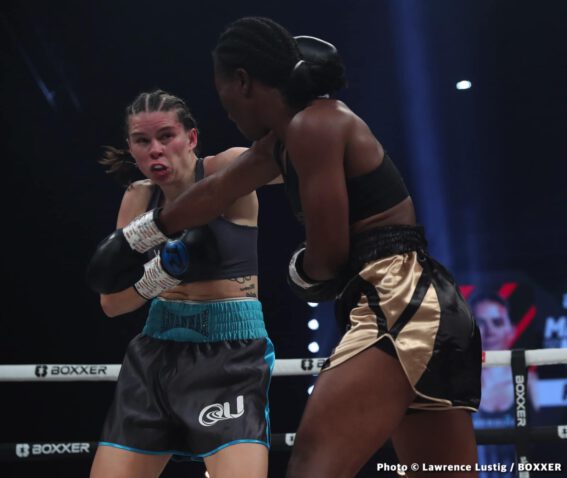 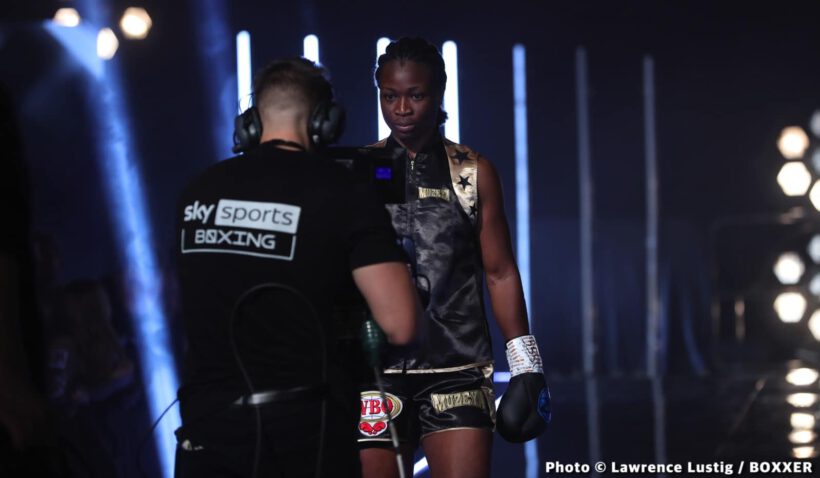 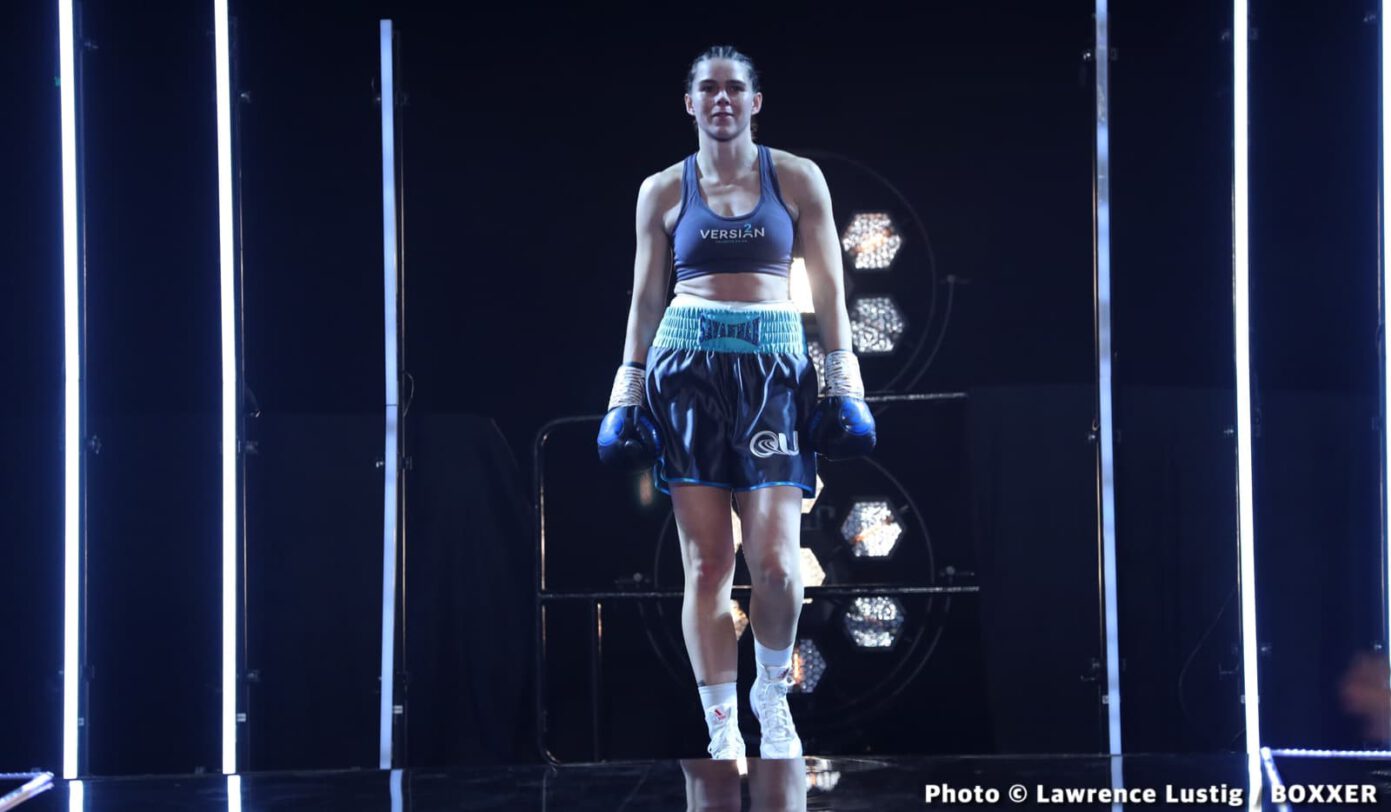