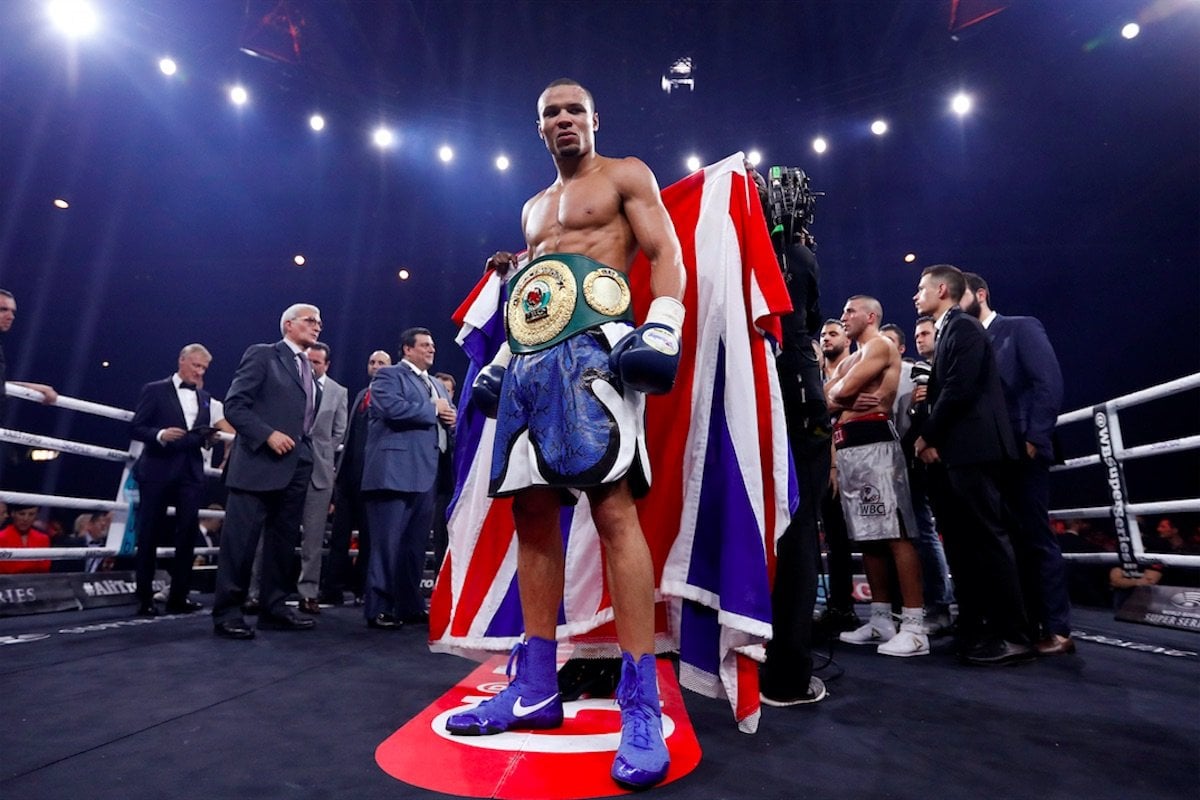 Chris Eubank Junior, who lost a pretty wide 12-round decision to Billy Joe Saunders back in 2014, has come out and attacked the man who took away his unbeaten pro record. Taking to social media, Eubank Jr has jumped on Saunders’ recent failed drugs test (BJS insists he merely used a nasal spray) and his subsequent vacating of the WBO middleweight title.

Eubank, who has had a healthy dislike for Saunders for some time, and vice-versa, questioned how long his rival has been using illegal substances. In a clear attempt to wind up Saunders as well as maybe suggest Saunders used something illegal to his advantage when he defeated him four years ago, Eubank had the following message for the unbeaten southpaw who is now an ex-champion:

“So Billy Joe Saunders, how long [have] you been taking illegal substances for, son? It’s funny how you were giving it to Canelo while you were cheating with drugs yourself. Enjoy your time out and don’t worry, the belt you’ve been stripped of will be in more deserving hands soon enough. #justice.”

Talk about putting the boot in on a man when he’s down. What do you guys think: has Eubank made a classless move with his tweet, or is he right in what he says, or suggests? Saunders, along with his promoter Frank Warren (now working on legal proceedings and an appeal), is fuming right now, claiming total innocence. The things Eubank Jr has come out with will only serve to anger Saunders even more, that’s for sure.

As for the WBO belt that once belonged to Saunders, it will be fought over by unbeaten duo Demetrius Andrade and Walter Kautondokwa on October 20. Which “more deserving hands” Eubank is referring to with regards to holding the belt he himself tried and failed to win is anyone’s guess. Most fans feel Andrade will have too much skill and class for the largely unknown Kautondokwa.

As for Eubank’s own career, there is talk he will face another British rival in James DeGale next. Maybe one day in the future Eubank and Saunders will meet again though. 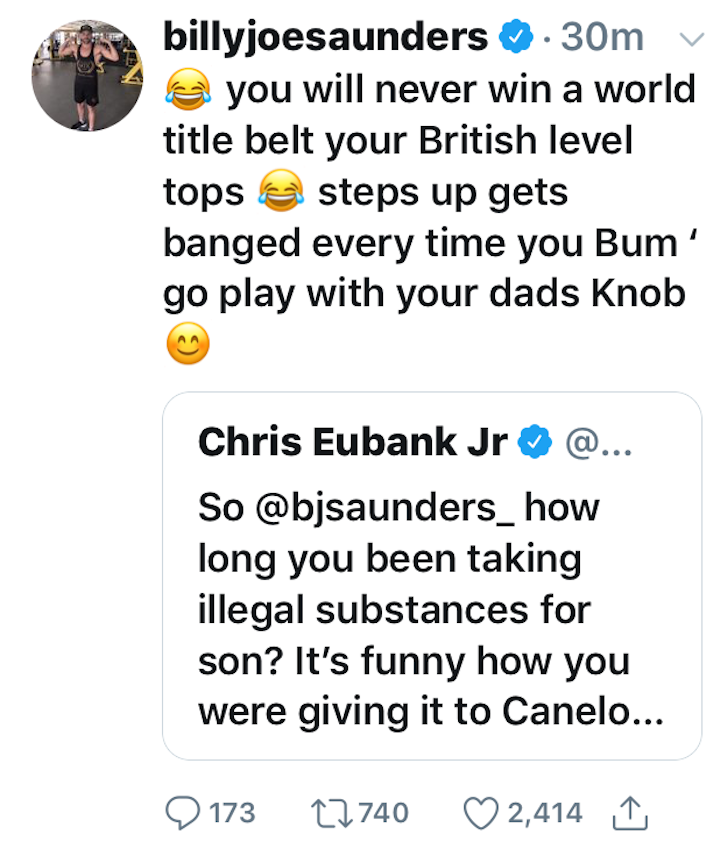