Eddie Hearn wants Derek Chisora to do what could be impossible by setting a fast pace early and sticking with it the entire fight to defeat Kubrat Pulev on Saturday night in their ‘Total Carnage’ card at the O2 Arena in London, UK.

The 38-year-old former heavyweight world title challenger Chisora (32-12, 23 KOs) has been unable to fight at a fast pace since his fight with Agit Kabayel in 2017.

Chisora has looked like a fighter in every fight since that needed oxygen. He’s been unable to fight in the fast-paced style he was known for earlier in his career when he was troubling fighters like Vitali Klitschko, Robert Helenius, and David Haye in losing efforts.

“Derek was a lot calmer and ready to fight now. Thank goodness that’s over after the press conference yesterday,” said Eddie Hearn to Matchroom Boxing, discussing Chisora’s mood during Friday’s weigh-in for his rematch with Kubrat Pulev.

“Both are in good shape, both heavy. It’s going to be a lot of bombs thrown tomorrow night at the O2, and ready to go, both of them,” Hearn continued about Chisora and Pulev.

“Derek said it. You know every time Derek Chisora steps in the ring, what you’ll get from him, but he has to win this fight. We keep saying, ‘It doesn’t matter if I win or lose; I’m just entertaining the fans.’ This is sport, and sport is about winning.

“Although he’s fighting top 15 guys all the time, you can’t keep losing. I think Derek knows deep down tomorrow night is a must-win for him.

“He talks about his children coming tomorrow night. He wants to do them proud. There’s a lot of pressure on him.

“I know he’s not talking about what the future holds, win or lose, but let’s be honest. Even against a top 15 heavyweight in the world, a defeat would still be four back-to-back defeats for Derek Chisora.

“Kubrat Pulev still has aspirations to fight for a world title,” said Hearn. “Only two defeats on his record, Anthony Joshua and Wladimir Klitschko. Pulev is the favorite going into this fight, and he looks in tremendous shape. They seem super confident.

“Chisora has got to get to him early, use the energy of the crowd at the O2, and hopefully bring home what would be a much-applauded victory.

“We do [see it as ‘Total Carnage’], but Derek has to set the pace early. Pulev is an excellent stand-up European-style boxer. Sometimes he can jab & grab, and he mustn’t frustrate Derek. Derek mustn’t get frustrated in that ring.

“He’s got to do his work on the inside, be very, very aggressive, and he’s got to set a fast pace early.

“Make this guy fight on the inside, make him fight long, and keep him guessing because Pulev is very good. He was an outstanding amateur; he’s got an excellent pedigree.

“Chisora mustn’t be outboxed in there on Saturday night. He’s got to set the pace, make it uncomfortable, and make it carnage in there literally.

“We’re fortunate. There will be many people at the O2 and many people tuning in on DAZN who aren’t aware of the Madrimov-Soro story.

“[Israil] Madrimov is an incredible fighter, one of the great stand-out amateurs. He had a tremendous battle with Michel Soro in [Tashkent] Uzbekistan [in December 2021].

“He [Madrimov] stopped him after the bell [in the ninth round]. No one heard the bell because it was so loud [at the Hotel Renaissance]. The WBA ordered a rematch. It’s a brilliant fight.

“Look out for Felix Cash against Vaughn Alexander. This is a perfect middleweight fight. A tough battle again for Felix Cash. Caoimhin Agyarko is coming out at 154 pounds against Lukasz Maciec; that’s a good fight. 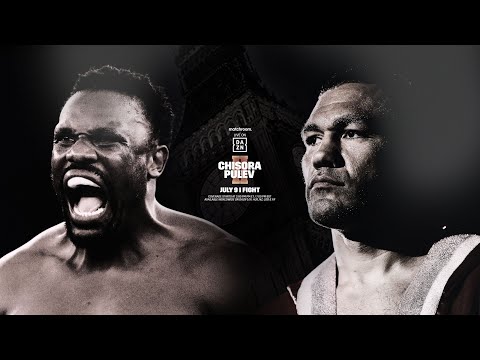