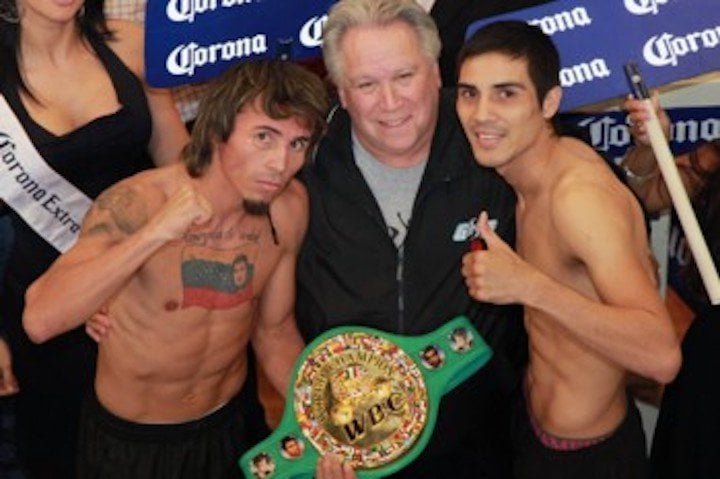 20 years ago today, in Caracas in his native Venezuela, Edwin Valero boxed his pro debut. Or should I say Valero ‘fought’ his pro debut. Valero was no boxer – he was a beast of a man, inside and outside the ring. Born in Merida, Venezuela in December of 1981, Valero became a cult favourite with fight fans due to his simply incredible run of knockouts. In death, Valero is still talked about, remembered, even marvelled over. Over what might have been.

Valero began boxing at the age of 12, the fatherless street kid having got a job working in a local gym. Reports vary, but some say Valero compiled a 86-6(45) amateur record. Seemingly born to fight, Valero engaged in street fights, his sheer rage even then driving him to violence. Going pro in July of 2002, Valero took out a guy named Eduardo Hernandez, stopping him in two-minutes of the opening round. Valero, a lethal and powerful southpaw, proceeded to rack up an amazing 18 first-round KO wins.

It wasn’t until his 19th pro fight that Valero was extended beyond the opening round of a fight; this into just the second round. Valero could punch, everyone knew that. But could he become world champion? The answer came in Valero’s 20th fight, when he took on and defeated Vicente Mosquera to take the WBA super featherweight title. It took Valero ten rounds, this easily his longest fight. But the 100 percent KO ratio stood, and soon enough Valero was being spoken about as a possible future opponent for Manny Pacquiao. Instead, Valero had just seven more fights left before it was all over.

Valero had been badly hurt in a 2001 motorbike crash, this over a year before his pro debut. Valero suffered a cerebral haemorrhage and a fractured skull. It was some time, months in fact, before Valero was cleared to go pro. Valero was unable (aside from a small handful of fights) to fight in America due to a January 2004 MRI finding a small blood clot on his brain. Years later, when the full atrocities of what Valero had been capable of were common knowledge, the question was, did Valero suffer irreparable brain damage due to the crash and did this affect his mood and his temper?

But Valero, after retaining his 130 pound belt four times, and after then moving up and winning the WBC lightweight title, retaining it twice – all of these wins coming via KO – attacked and killed his wife. Valero, who it later came out, terrified his wife, stabbed her three times, killing her. Valero then hanged himself in his jail cell. This was in April of 2010, a little less than eight years after “El Inca” had boxed as a professional for the first time.

Most people are inclined to say to hell with Valero, let him rot in hell. And who can argue? But Valero, for all his faults, for all his simply disgraceful and unforgivable flaws as a human being, was for a short time a real force of nature in the boxing ring. Some say Valero, who never did go the distance in a single fight, was unbeatable, that his raw, savage power would have got him the victory no matter who he fought.

Valero is remembered as a ghastly human being, an unhinged murderer who deserves zero sympathy. Yet Valero is also remembered as one of the most exciting fighters of the 2000s. And there is one big ‘what if?’ next to his name. 27-0(27), and a two-weight world champion, the memory of Valero and his actions still haunts many people.