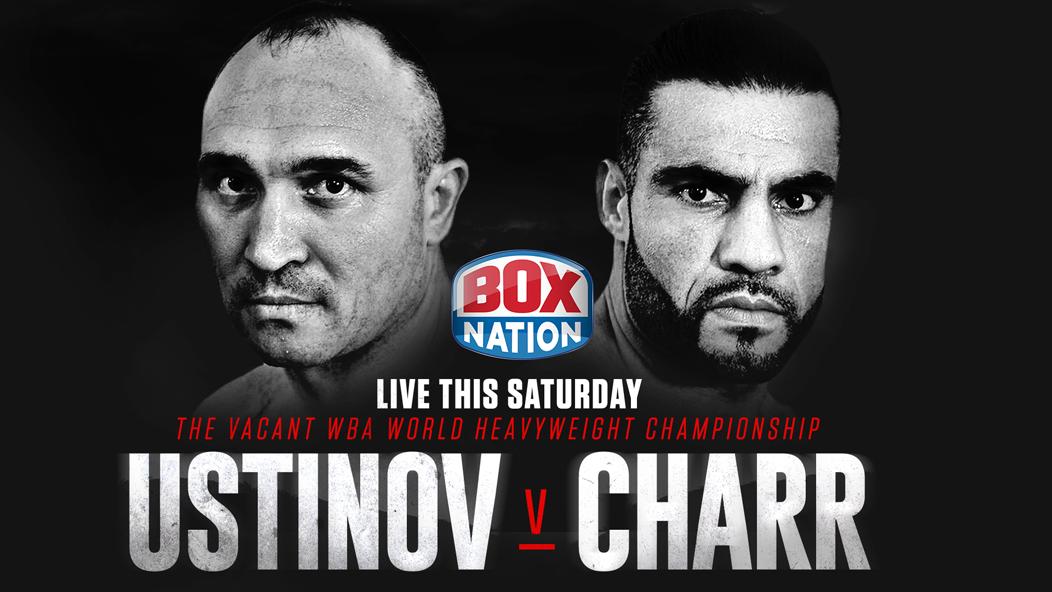 The heavyweight division has been booming in recent times and this Saturday night BoxNation subscribers will be able to watch Alexander Ustinov and Manuel Charr clash for the vacant WBA World Championship exclusively live.

Taking place at Koenig-Pilsener-Arena in Oberhausen, Germany, the two big men will be looking to make their mark and fire a warning shot to the other leading fighters in the division.

WBA number two rated heavyweight Ustinov goes into the ring with 34 wins, 25 by knockout, and just one loss on his record, that being against sturdy Bulgarian Kubrat Pulev.

Nicknamed Alexander ‘The Great’ the 40-year-old will be out to grab what may be his final opportunity at the big time.

An accomplished and respected fighter in Charr, who has fought some of the very best including Vitali Klitschko, stands in his way.

The 33-year-old has impressive wins over the likes of Michael Grant and Kevin Johnson and will be looking to add another victory to his 30 wins.

Charr will return to action after having had hip replacement surgery in May.

In his last fight in September 2016, the ‘Diamond Boy’ dominated previously unbeaten Sefer Seferi to win the WBA International Championship.

Ustinov had his last fight in May of this year in Bolton when he annihilated Brazilian journeyman Raphael Zumbano Love in one round.

Now, though, both men have the opportunity to capture a vacant world title belt and set up a major fight down the line.

Ustinov v Charr will be broadcast live on BoxNation on Sky Channel 437 from 6.45pm this Saturday night.

Jim McMunn, BoxNation Managing Director, said: “The heavyweight scene is really exciting at the moment with a lot of big names all looking to establish themselves as the undisputed number one in the division. In Alexander Ustinov and Manuel Charr we have two fighters who are hungry to throw their names into the hat and set up some of the biggest matchups for themselves. This Saturday night’s clash will be a thrilling fight between two big heavyweights as they look to win the WBA world title exclusively live on BoxNation.”