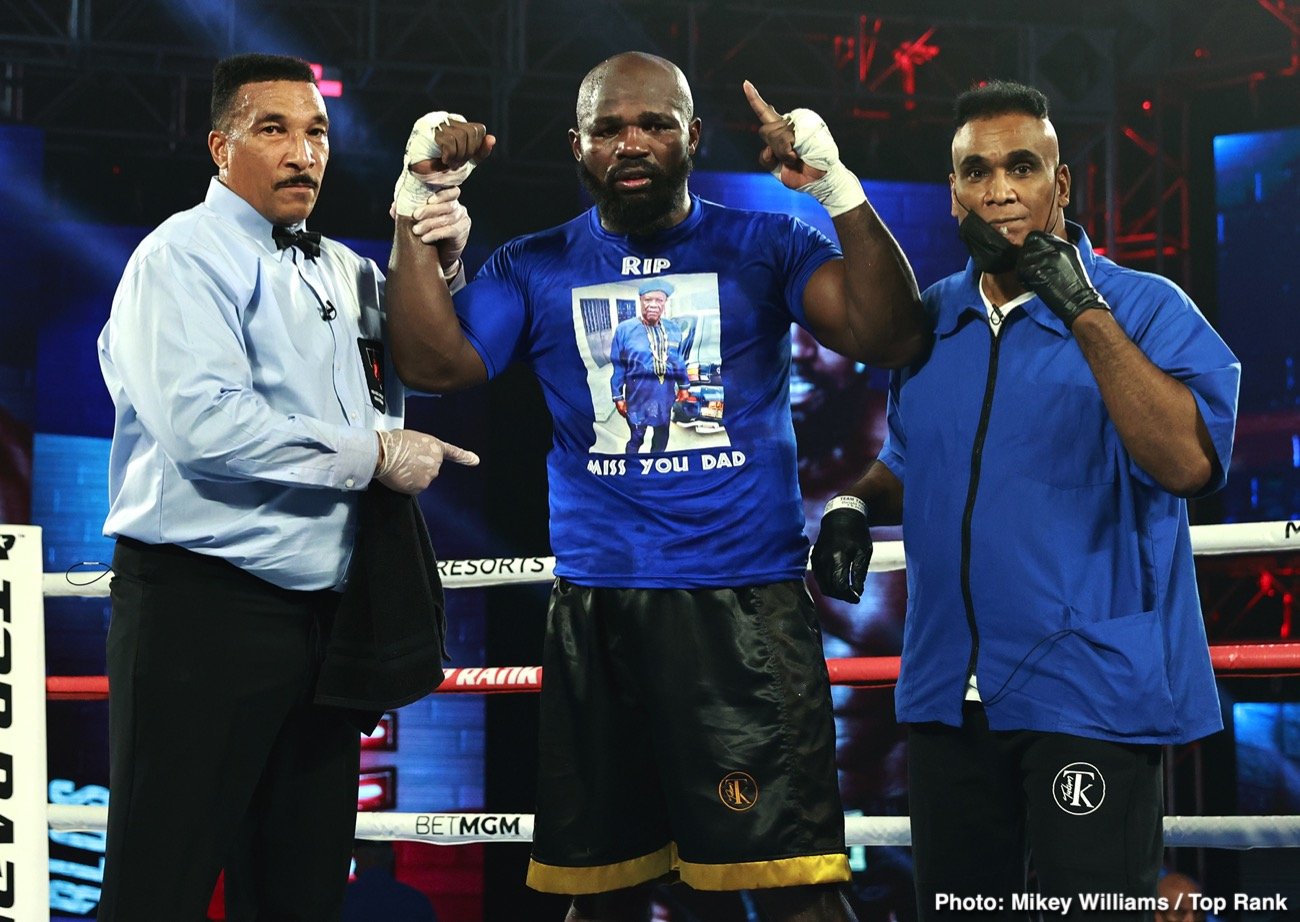 Tyson Fury Vs. Carlos Takam, December 5 in London? How would this match-up grab you? Takam’s co-promoter Joe DeGuardia spoke with Sky Sports, and he said his fighter would jump at the chance if the big fight were offered to him. As per the Sky Sports article, Agit Kabayel is the other front-runner to face Fury in his “homecoming.”

But DeGuardia argues that Takam has more experience than Kabayel and that the Frenchman is “probably the best guy out there to fight Fury.”

“This would be a rare time for Carlos when he would have the proper opportunity to train. That AJ fight was on short notice. This one he’s training and ready,” DeGuardia said of Takam. “Carlos would certainly love the opportunity to fight Fury. He believes he would win the fight. He’s looking forward to an opportunity if we can make the deal. This would be something that’s going to happen relatively soon.”

Takam is no spring chicken at age 39. The Cameroon-born warrior has been beaten in his big fights – with Joshua, Joseph Parker, Dereck Chisora, and Alexander Povetkin all defeating him – but Takam always comes to fight hard. Also, Takam gave Joshua, Parker, Chisora, and Povetkin pretty good fights. And DeGuardia is certainly correct when he says Takam has all the experience. A pro since 2005 and sporting a 39-5-1(28) record, Takam is a gutsy fighter who is always in good shape.

Of course, Takam would be the underdog against Fury, quite heavily, and it may be that with his aggressive style, Takam would be a perfect opponent as far as making Fury look great. But Fury Vs. Takam would almost certainly be entertaining for as long as it lasted. Of the two apparent front-runners – Takam and Kabayel – who would you rather see Fury fight on December 5?

For my money, it will be Takam. He fits the bill.

And then, hopefully, Fury (providing he suffers no big upset defeat) will get it on with Joshua next year sometime (providing AJ gets past Kubrat Pulev okay on December 12). This is, of course, the massive heavyweight showdown we all want to see.