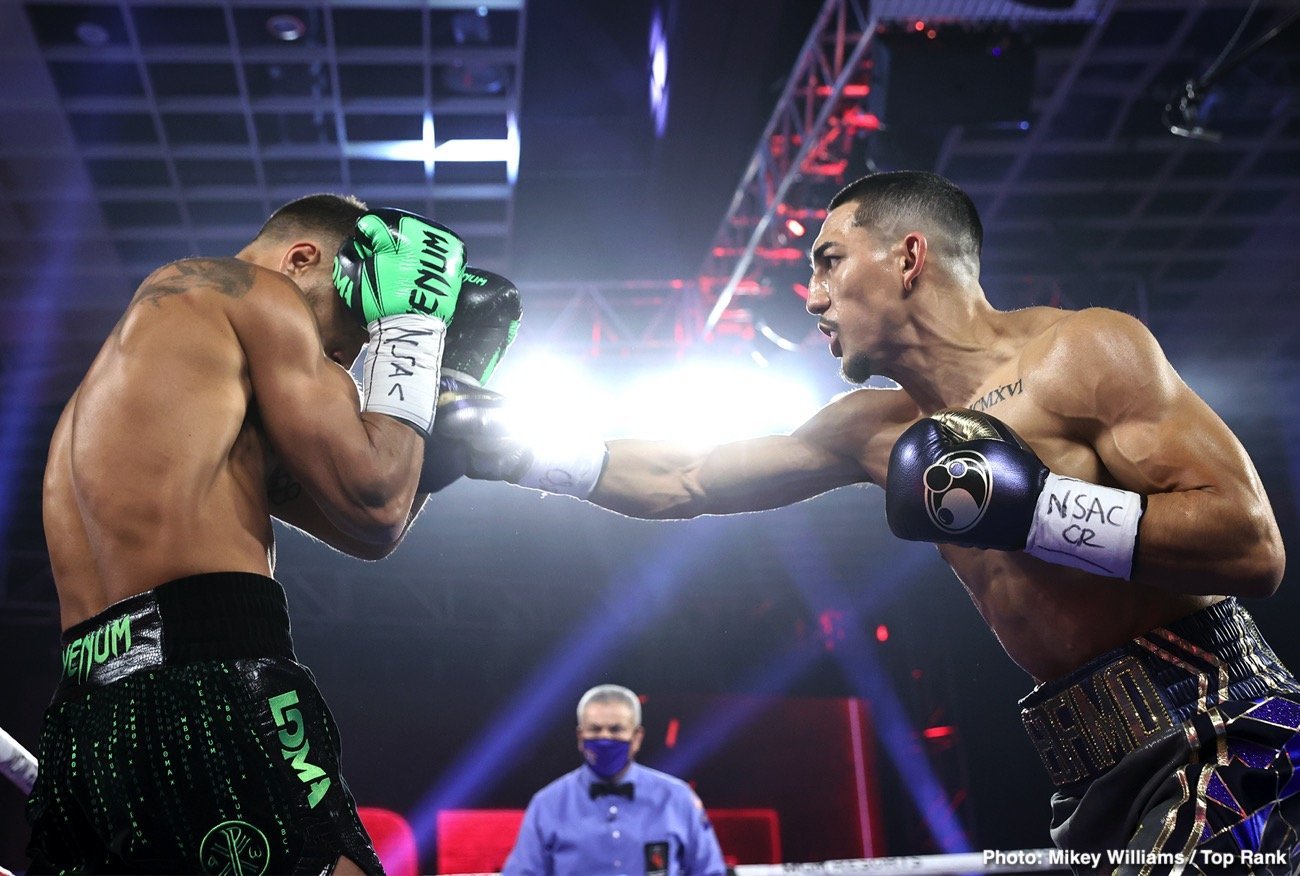 As fans have no doubt read by now, Vasyl Lomachenko went into Saturday night’s big fight with Teofimo Lopez with an injured shoulder. Lomachenko underwent surgery on Monday of this week and his doctor has stated how Lomachenko had issues with the shoulder during training camp for the Lopez fight, and that he twice had to give him injections as a result.

Although nothing should be taken away from Lopez’s brilliant winning performance in Las Vegas, this is just what some Lomachenko supporters are trying to do – stating how Lomachenko was not fully fit for the fight and that this is why he lost. Not surprisingly, Lopez is having none of it.

Speaking with ESPN, the unified lightweight champ said that he also entered the fight with an injury, but he did not make any excuses.

“I was coming into this fight injured as well, if you wanna talk about injuries. But I didn’t make no excuses about it,” the 16-0(12) Lopez said. “I think that by him doing that, as someone who was considered the number one, pound for pound best boxer in the whole world, to use that excuse, it just looks worse on him than anything else.”

It’s not clear just what injury Lopez carried with him into the fight, yet most fighters often have some niggling problem or other when entering a fight; such is the tough nature of training camp. Lopez did say prior to defeating Lomachenko that the Ukrainian would make “every excuse” after losing. Is this what has happened, or is Lomachenko right to make it public how he was in fact injured ahead of the fight?

In light of this new development, will there be calls for a return fight between the two men? Lomachenko has some history of suffering from injury, and maybe, as Lopez also said before Saturday’s fight, all the “wear and tear” on 32-year-old Lomachenko’s body is catching up with him, or has caught up with him.

It remains to be seen how long the latest surgery he underwent will keep Lomachenko out of action.