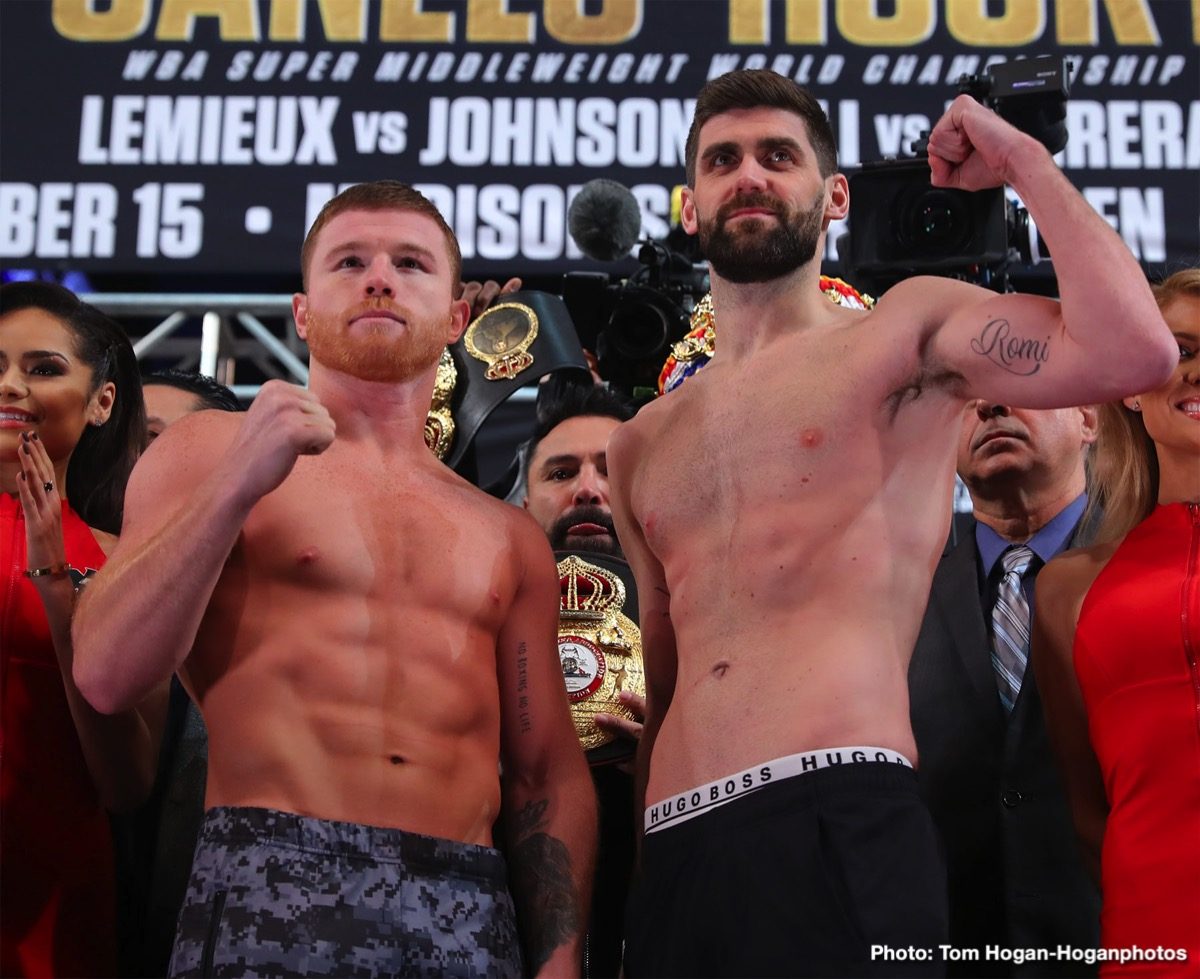 To paraphrase one of the great ‘Rocky’ films – “He’s a snowy white underdog and he doesn’t care one bit.” Later on tonight, at Madison Square Garden in New York, British warrior Rocky Fielding – THE real-life Rocky of the sport today – will go up against pound-for-pound entrant ad ruling world middleweight king Canelo Alvarez. Rest assured, if Fielding, 27-1(15) can pull off the win, he will have scored the 2018 Upset Of The Year.

Not too many people, be they fans or experts, seem to be willing to give Fielding much of a chance, but is the 31 year old being written off unjustly? Let’s not forget, Fielding is both the naturally bigger man and the experienced super-middleweight, and Rocky is also the defending champion. Canelo is aiming to rip the version of the WBA 168 pound title Fielding holds – and he may well do so – but Fielding is as confident of winning as he is respectful of Canelo and his fighting prowess.

“I know I can beat him and that is why I took the fight,” Fielding told Steve Bunce (as picked up by Bad Left Hook). “I’ve been next to him and I know I can put it on him. This is a massive fight for me and a massive opportunity for me. He’s the favourite, I’m not stupid, but I’m bigger. I’m going to push him.”

We have of course seen way bigger upsets over the long course of boxing history: think Buster Douglas KO Mike Tyson and from a British perspective, Lloyd Honeyghan TKO Don Curry. Where would this one rank should Fielding manage to pull it off? Fielding can punch, Canelo is going up in weight and, perhaps most crucially, Canelo is returning to the ring in pretty much double-quick fashion following his tough, at times brutal battle with the hard-hitting Gennady Golovkin. Interestingly, when Fielding and Canelo went head-to-head for a media do, Rocky said he could still see the facial cuts GGG opened up on Canelo. Might cuts play a major part in Saturday’s fight, as in Canelo’s cuts reopening?

That aside, and ruling out the proverbial puncher’s chance, it’s tough to make a case for a Rocky win. But we know this: the defending champ will give it his all as he fights the biggest fight of his entire career. Canelo is the big pick to win, and it could come quite quickly, but this one will not be dull. Not at all.