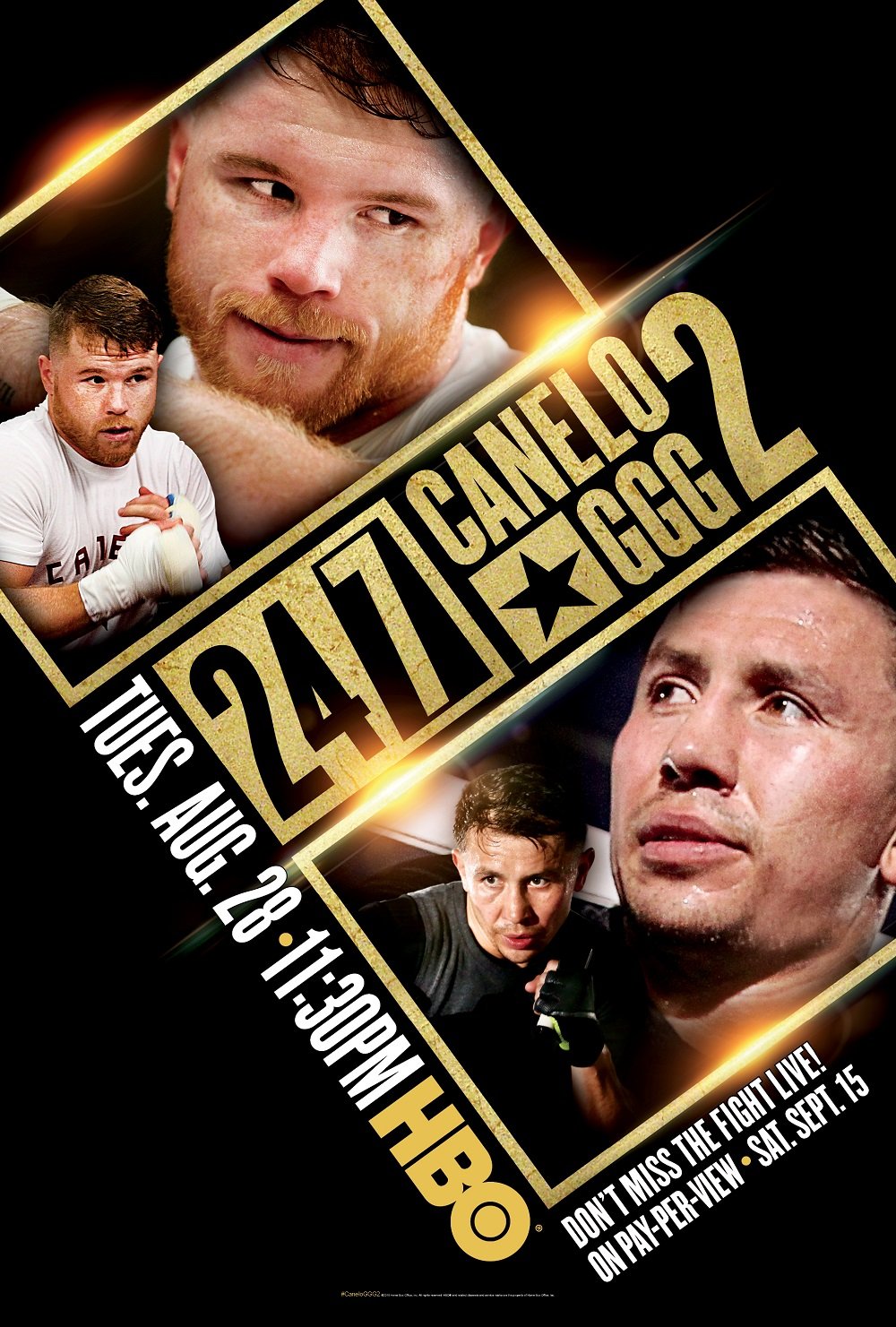 Fans at T-Mobile Arena and millions watching at home will be treated to a stacked undercard featuring current world champions and returning contenders in support of the Sepember 15 fight between Lineal Middleweight World Champion Canelo Alvarez (49-1-2, 34 KOs) and WBC/WBA/IBO Middleweight World Champion Gennady “GGG” Golovkin (38-0, 34 KOs). The event will take place Saturday, Sept. 15 and will be produced and distributed live by HBO Pay-Per-View beginning at a special time of 8:00 p.m. ET/5:00 p.m. PT.

“This historic rematch between Canelo Alvarez and Gennady Golovkin can only be supported by an equally great undercard,” said Oscar De La Hoya, Chairman and CEO of Golden Boy Promotions. “That’s why some of the best champions and contenders from all over the world will be featured on this event of international proportions, while some of our brightest prospects will have the opportunity of a lifetime on this undercard so they can one day headline events of this magnitude.”

“I’m very motivated to be in such an important card,” said Munguia. “It will be the most important boxing event of the year. For me it is an honor to be on this card supporting Canelo Alvarez, who is also Mexican, on a date that is so special for Mexico, for me and for all of the people. We will do our best to please the public. I promise to not disappoint, so don’t miss my fight and don’t miss Canelo vs. GGG 2.”

Cook said, “It’s always been a dream for me to fight for a world title. To be on the biggest fight card of the year with two of my favorite fighters is a dream come true. Jaime Munguia is an exciting, young, up-and-coming fighter. He has great punching power in both hands. I’m going to do everything possible to bring that world title back home to Canada. I can’t thank Golden Boy Promotions enough for giving me this opportunity. I have a great team behind me and we will be ready September 15. I’m coming to fight.”

Fernando Beltran, CEO of Zanfer Promotions, said, “It can’t get any bigger for boxing than a Pay-Per-View fight in Las Vegas on Mexican Independence Day. That’s where Jaime Munguia is fighting and that’s where he deserves to fight. He always shows his best on the biggest stages and during biggest moments, so be ready for a spectacular performance from Munguia”

Former IBF Middleweight World Champion David Lemieux (39-4, 33 KOs) of Montreal, Canada and Irish warrior Gary “Spike” O’Sullivan (28-2, 20 KOs) of Cork, Ireland will go head-to-head in a 12-round middleweight battle that has Fight of the Year candidate written all over it.

Lemieux said, “I’m looking forward to fighting ‘Spike’ O’Sullivan next. I have some unfinished business at 160. We’re going to take one fight at a time. Spike is an action fighter, like me. He’s a tough cookie and comes to fight. This is a fight for the fans. Come September 15, I want to steal the show.”

O’Sullivan said, “This fight is just another step towards fulfilling my ambition of becoming a world champion and providing a good life for my family! David Lemieux is just an object in my way that I fully intend smashing through! Then, I want Canelo or GGG-either one, it doesn’t matter! I’m going to war!”

Gonzalez said, “I want to thank God for giving me the opportunity to be back in the ring. This will be my second fight in Las Vegas, and I look forward to fighting on this great show. I have been training hard in California and will give a good show for the fans. I respect Moises Fuentes, and he will be a strong challenge for me. I want to thank Mr. Honda of Teiken Promotions, along with GGG Promotions for making this possible for me to be on the biggest show in boxing. I look forward to seeing all of my fans again and promise a good performance in the ring.”

Fuentes said, “This will be a difficult fight because of Gonzalez’s style of fighting. But it won’t be impossible. In boxing, nothing is written. I still have what it takes to do it-a good record and a lot of potential. I’m confident I will win this fight and Gonzalez will be a big trampoline for me to join the highest levels of boxing.”

On the non-televised portion of the card, super lightweight knockout artist Vergil Ortiz Jr.(10-0, 10 KOs) of Dallas, Texas looks to add another stoppage victory to his record as he takes on experienced warrior Roberto “Massa” Ortiz (35-2-2, 26 KOs) of Torreon, Mexico in a scheduled 10-round 140-pound fight.

Francisco Esparza (8-0-1, 3 KOs) of Las Vegas will take on a soon-to-be announced opponent in either a four or six-round featherweight fight.