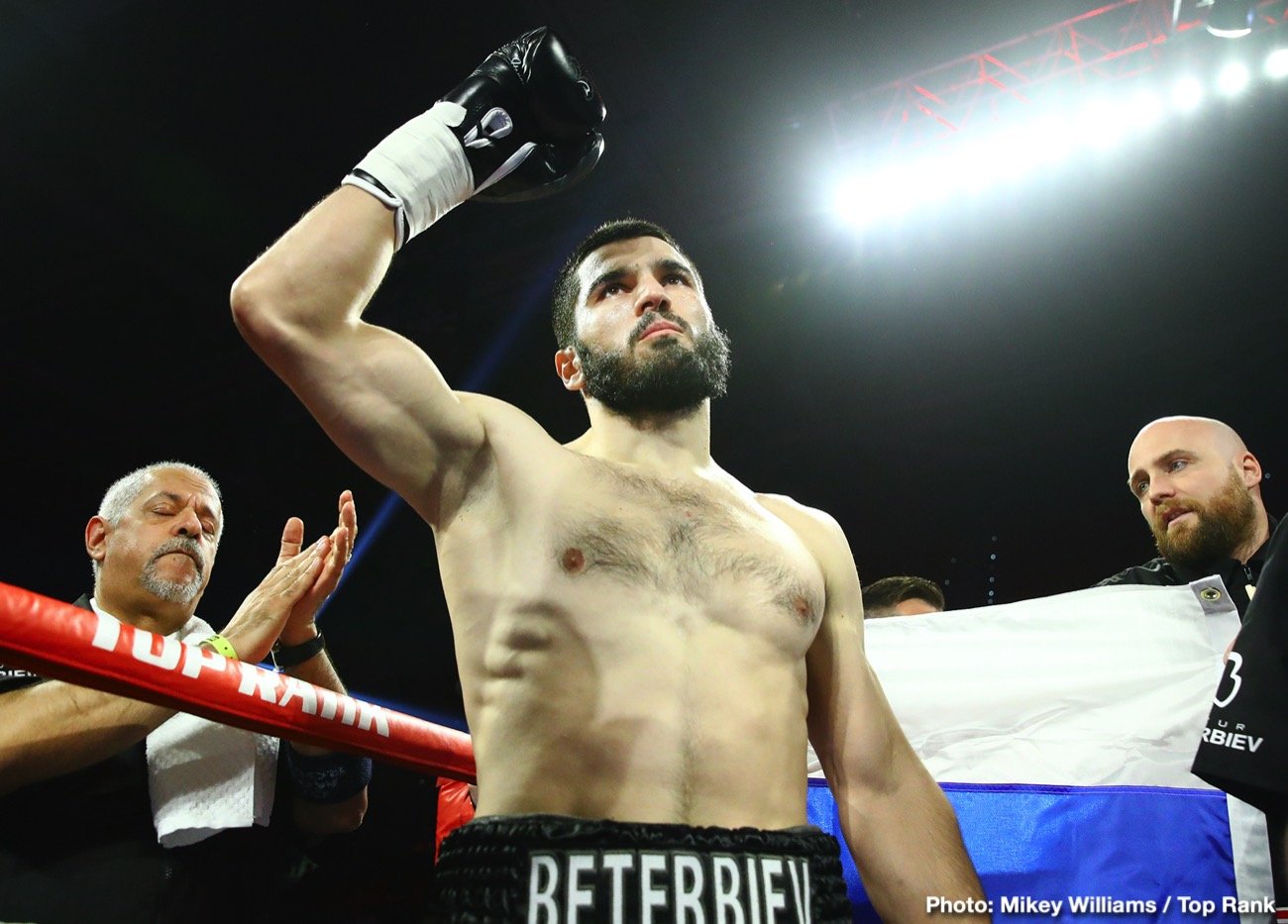 Trainer/manager Eddy Reynoso says Canelo Alvarez will fight the winner of this summer’s unification fight between Artur Beterbiev and Joe Smith Jr. in September if Gennadiy Golovkin loses this Saturday against Ryota Murata.

Canelo must beat WBA light heavyweight champion Dmitry Bivol on May 7th for him to face Golovkin or the Beterbiev-Smith winner.

That would be the much more challenging task on paper – Canelo finding a way to defeat Bivol (19-0, 11 KOs) rather than Golvokin coming unglued against the beatable Murata (16-2, 13 KOs).

“We have some clauses in case Saúl does not go against Golovkin for things. There may be a cut, injury, accident, etc. So, if we win in May, we could have the doors open to make a fight against the winner of Beterbiv and Smith,” said Eddy Reynoso to ESPN Deportes.

“We have a good relationship with Bob Arum, and it’s a fight that I think is going to happen sooner or later.” 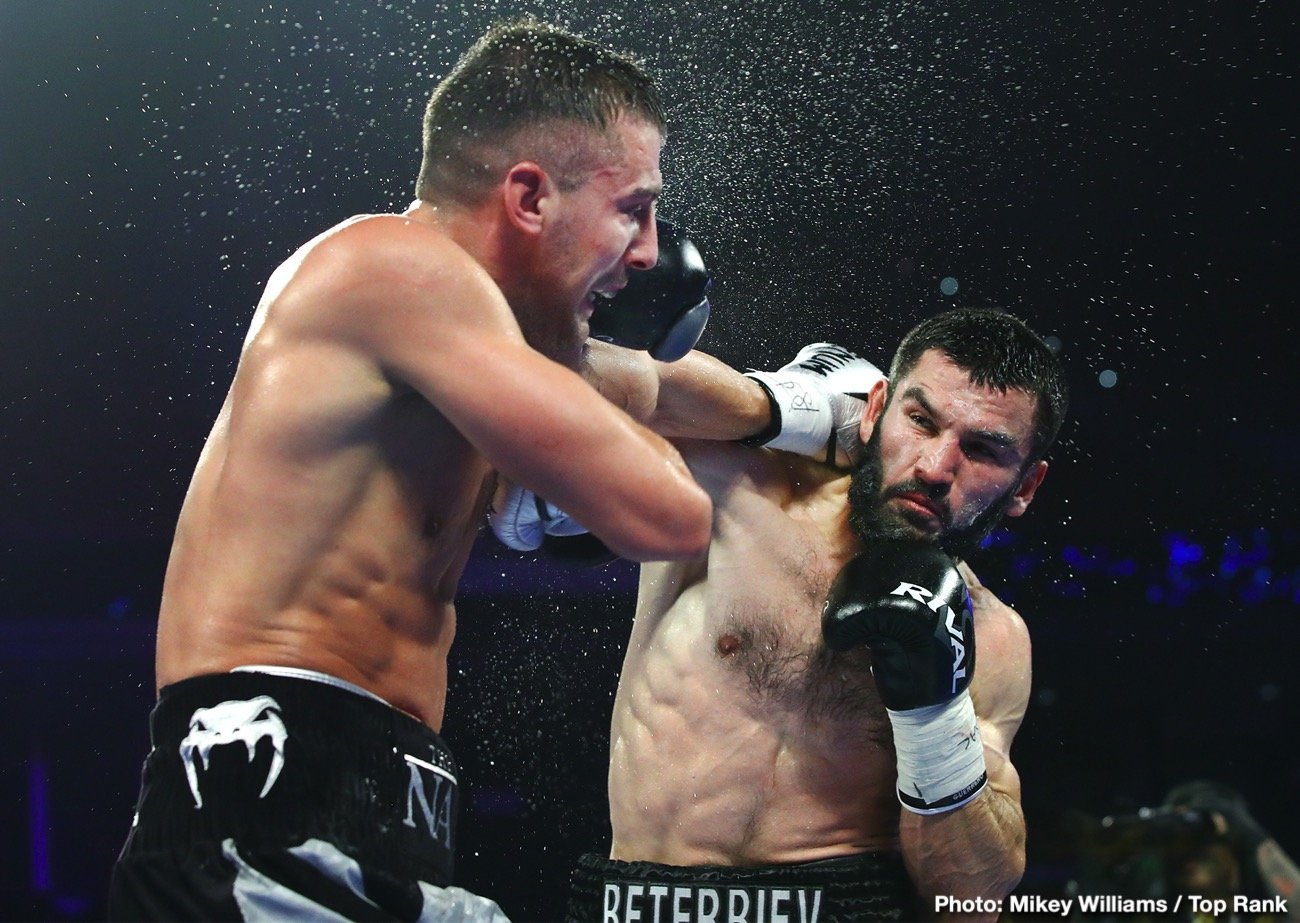 The Mexican star Canelo (57-1-2, 39 KOs) has a tentative deal to face Golovkin (41-1-1, 36 KOs) in a rubber match between them on September 17th on DAZN PPV if the two stars are victorious in their interim fights.

That deal will be off if Golovkin gets beaten by WBA middleweight Murata (16-2, 13 KOs) this Saturday night, April 9th, at the Saitama Super Arena in Saitama, Japan.

Many hardcore boxing fans they’d prefer that Canelo go straight into a fight against the Beterbiev vs. Smith winner in September rather than face the 40-year-old Golovkin.

It’s not that fans don’t want to see Canelo fight Golovkin again. Still, they’d prefer to see Canelo against a fighter like Beterbiev, who would have an excellent chance of removing the judges from the equation against the Mexican superstar by knocking him out.

Casual boxing fans are more familiar with Golovkin than Beterbiev or Joe Smith Jr. Hence, it’s better for Canelo & DAZN for him to fight Golovkin in September, provided both of them win their interim matches against Bivol and Murata.

“Whenever you go up in category it is a risk, because you are going to face fighters used to handling a certain weight at the time of the fight,” Reynoso said about Canelo’s fight against Bivol.

“It is a risk that Canelo takes against an undefeated fighter [Bivol] with good victories. It is an important challenge for his career.

We also have to see how Canelo looks against Bivol because that’s the more brutal fight than Golovkin’s match against the twice-beaten Ryota Murata.

Canelo will have a difficult time if he challenges IBF/WBC light heavyweight champion Artur Beterbiev in September rather than Golovkin.

Beterbiev (17-0, 17 KOs) will be a nightmare for Canelo with the way he attacks nonstop and throws to the body consistently. That would be the ideal fight to happen in September because Beterbiev is getting up there in age at 37.

With Canelo likely to fight Jermall Charlo and David Benavidez in 2023, he might not fight Beterbiev until 2024. Beterbiev will be 39 by then, and that’s pretty old to be taking on a fighter like Canelo.