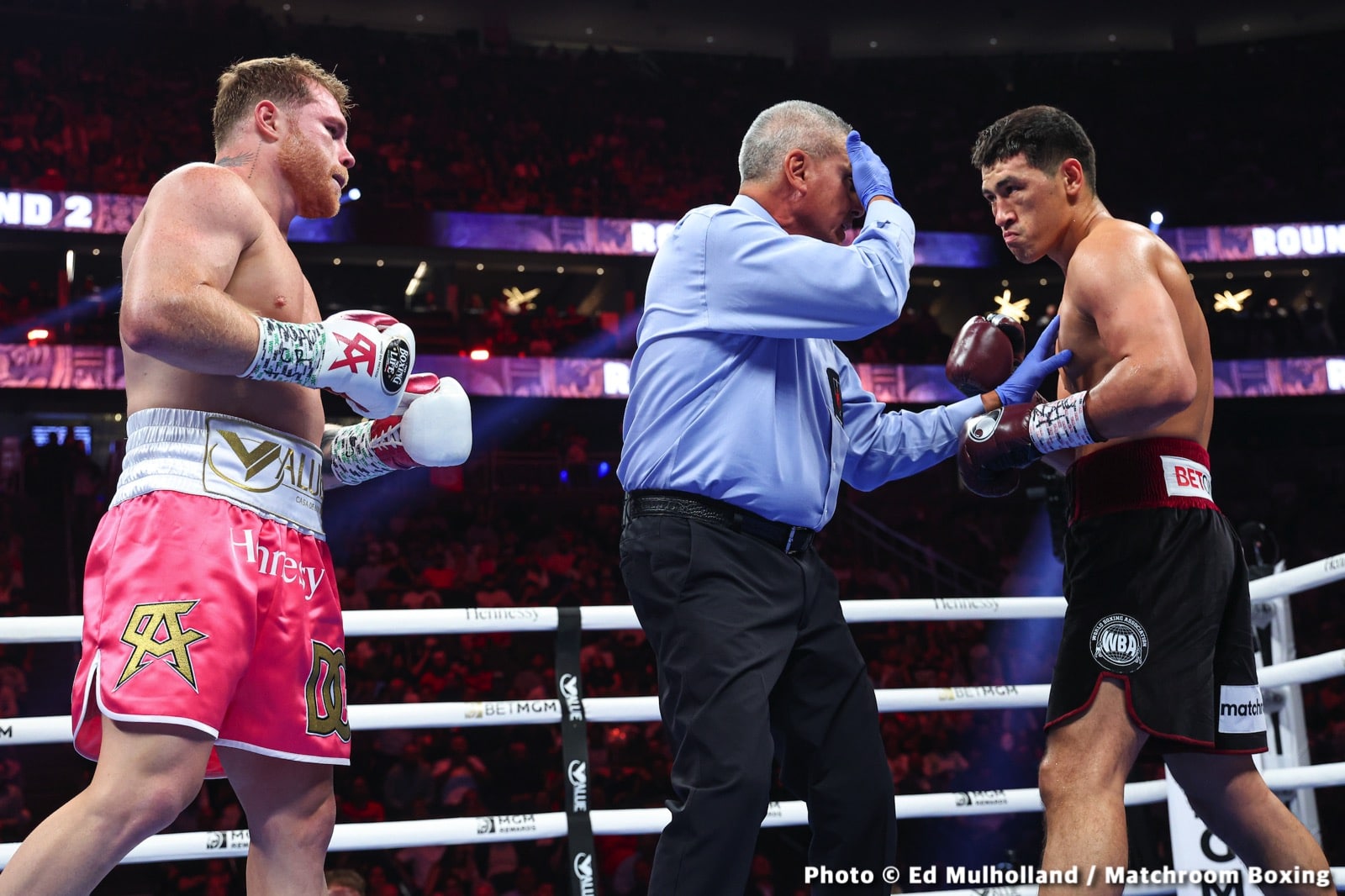 Tony Bellew predicts Canelo Alvarez will beat WBA light heavyweight champion Dmitry Bivol in September if the two meet then. Bellew also states that Bivol (21-0, 11 KOs) will also get beat by Canelo (58-2-2, 39 KOs) if he faces him at 168. No one beats Canelo at 168, says Bellew.

Many fans in the boxing world would disagree with Bellew about Canelo defeating Bivol in the rematch, as the superstar was so thoroughly beaten last May in their fight in Las Vegas.

At this point, it’s unclear whether Canelo will fight Bivol in September because there’s no agreement on that rematch happening then, and Dmitry is talking about wanting to fight IBF, WBC & WBO light heavyweight champion Artur Beterbiev for the undisputed championship later this year.

Canelo is thought to be fighting John Ryder next May in England in a tune-up, and then after that, he could face Bivol in September.

“Dmitry Bivol. Just that Canelo win. I’m not going to lie. I didn’t see it coming, but he did, he showed not just me, but everyone just how good he can possibly be,” said Tony Bellew to the DAZN Boxing Show, talking about WBA light heavyweight champion Dmitry Bivol.

“No one was putting the house on Bivol beating Canelo. I’m sorry to say. That’s why he’s Fighter of the Year,” Bellew said about the undefeated Bivol. “He defeated the main man in boxing. 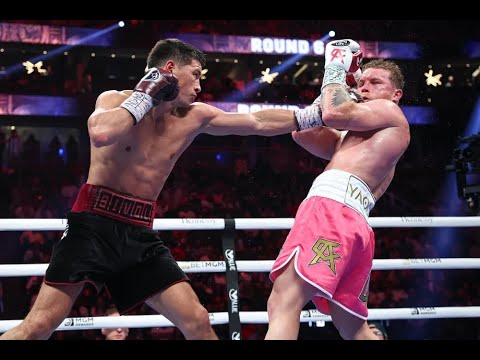 “I think the big thing with Bivol is when he’s got fear in his body, he’s a different animal. That’s the competitor, amazing footwork for a light heavyweight,” said Bellew.

“I’m not going to lie. If they were to have a rematch, I’d favor Canelo. I really would.”

“Not a chance,” said Ade Oladipo, disagreeing with Bellew about Canelo beating Bivol in the rematch. “I think Bivol beats Canelo at 168.”

“Bivol has gone up, in my estimation. No one is beating Canelo at 168. No one. I think Canelo can beat Bivol,” said Bellew.

“It’s difficult to argue; he went into the fight with Canelo as an underdog,” said Oladipo about Bivol. “I edge to Dmitry Bivol; he unleashed another gear we didn’t know he had.

“I don’t think there’s been a crazy upset this year. For me, the Bivol one and being there as well and the way it just went quiet [at the T-Mobile Arena in Las Vegas]. The Mexican fanbase is a knowledgeable fanbase. They know what’s going on, and the way it went [audible noise from fans],” said Oladipo about how the pro-Canelo fans were quiet at the end of the fight due to Bivol winning so easily.