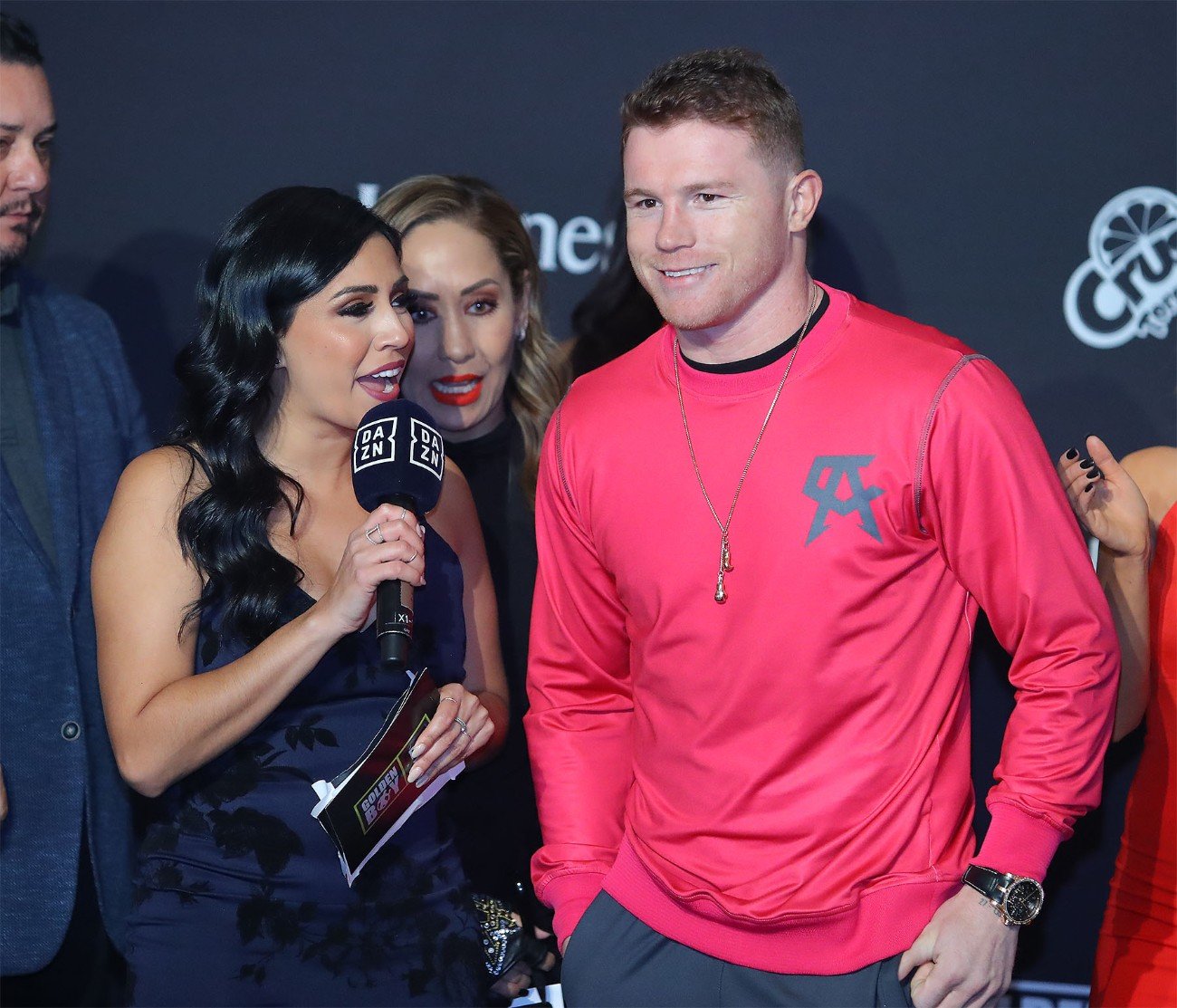 Saul Canelo Alvarez made his grand arrival at the MGM Grand in Las Vegas, Nevada on Tuesday for his title challenge against WBO light heavyweight champion Sergey Kovalev this Saturday on November 2.

“It sounds very crazy, but you never know,” said Canelo in revealing that he’d like to fight at cruiserweight.

Floyd Mayweather v Logan Paul: Why? Because He Can!

Right now would be the perfect time for Canelo to move up to cruiserweight to fight for one of the belts. Currently the WBC cruiserweight title is vacant, and #1 contender is Ilunga Makabu. That’s a fighter that Canelo would have an excellent chance of beating. Makabu was knocked out in 3 rounds by Tony Bellew in 2016. He’s won his last seven fights, but against weak opposition. Canelo would take MAJOR criticism if he moved up to cruiserweight and fought the flawed Makabu for the vacant WBC title rather than the good cruiserweights.

Where Canelo would have problems at cruiserweight is if he showed some ambition and took on IBF champion Yuniel Dorticos or WBO champ Mairis Briedis. Those guys would be very tough for Canelo.

Canelo’s trainer Eddy Reynoso revealed that he’s “ready” to take on IBF/WBC light heavyweight champion Artur Beterbiev. Canelo didn’t look over excited when Reynoso was volunteering him for a fight against Beterbiev. Perhaps reading Canelo’s body language, Reynoso said Kovalev is a “better” fighter than Beterbiev. This comment from Reynoso looked like a move to get Canelo off the hook by minimizing Beterbiev’s talent so that he wouldn’t have to deal with the pressure from the fans to have to actually face the 2-time Russian Olympian.

The way looked when being asked about his interest in fighting Beterbiev, he looked incredibly uncomfortable. Reynoso was the one doing all the talking. Canelo was asked if he’d seen Beterbiev’s last fight, and he said, “No.”

Kovalev’s sparring partner Douglin talks about training with him

“I was in camp with Kovalev, and that was a great experience for me,” said Denis Douglin to Fighthype. “I did the whole thing orthodox. As you guys know me, I’m southpaw. That was the first time me sparring with someone orthodox, and he’s bigger than me and he’s good. That was tough. It’s safe to say that he got the better of every session 100 percent. He definitely did, but I was able to land some stuff. I was able to see his strengths and weaknesses. Everyone knows he has a great jab. Yeah,” said Douglin when asked if Kovalev’s jab is like a power shot.

“Another thing he does really well is he punches the arms. It’s a European thing. I had my arms up, and I didn’t really think that was effective. But after three rounds, I was, ‘Damn, I can barely lift my arms up.’ I thought that was really effective. He’s good. He was really hard for me to gauge as an orthodox fighter.

“The last day I switched to southpaw. I can’t get fired. So I did really well. But that came from me sparring him, so I know what he can bring to the table. But he didn’t ever spar me southpaw [except for the last day], so he didn’t know what I can do. So it was hard to gauge. I did the last round, and he didn’t have time to make any adjustments, so I don’t really know,” said Douglin.

The way that Douglin talked, he did well when he switched to his southpaw stance for one round on the final day. That doesn’t mean anything though, because Canelo isn’t a southpaw. He’s not someone that tries tricking his opponents with switching stances.

Canelo will have problems getting in punching range against Kovalev

“They’ve been working on the right things stylistically for Canelo. I think that’s going to be difficult,” said Douglin about the 5’8″ Canelo getting in punching range of Kovalev. “He’s got good range, and he’s well aware of where he’s at in the ring at all times. His jab, he keeps the perfect distance.

Canelo will have to eat some jabs for him to get in punching range against Kovalev.