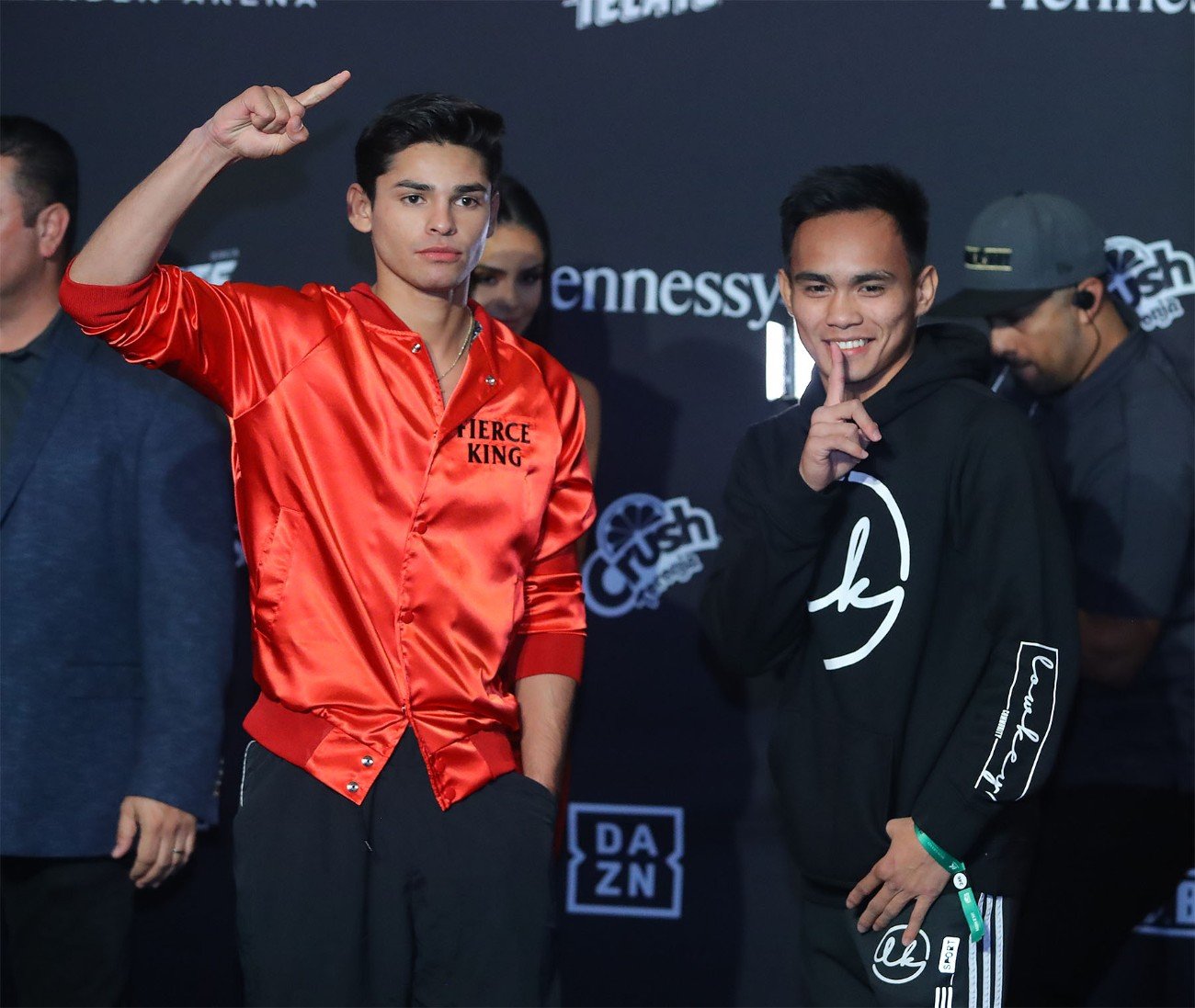 Lightweight contender Ryan Garcia (18-0, 14 KOs) is trying not to look beyond his fight this Saturday against Romero Duno (21-1, 16 KOs) at the MGM Grand Garden in Las Vegas, Nevada. Garcia, 21, and Duno are the chief support on the Saul Canelo Alvarez vs. Sergey Kovalev card on DAZN.

Garcia wants to become a star in his own right, and not just an undercard fight. That’s one of the reasons why Ryan is in a hurry to make a name for himself by facing WBA/WBC/WBO lightweight champion Vasiliy Lomachenko, WBC champion Devin Haney, and former IBF/WBA super featherweight champion Gervonta ‘Tank’ Davis.

Those are the guys that Garcia needs to add to his resume for him to become the huge superstar that he and his promoters at Golden Boy Promotions hope he can be.

“I want the biggest fights, but I know that won’t happen until later on,” said Garcia to TMZ.  “Gervonta Davis, Devin Haney and Vasyl Lomachenko,. Those are the fights I really want.”

You’ve got to give Ryan Garcia a TON of mad respect for wanting to take on those three talented lightweights because those guys are looking unbeatable right now. However, if there’s anyone in the lightweight division that can possibly bet all three, it’s Garcia. He’s got the size, speed and power to do a job on all three of them. The only question is does Garcia have the defense and the chin to beat them.

Golden Boy Promotions boss Oscar De La Hoya sees Garcia someday becoming the #1 highest paid fighter in the sport of boxing. He thinks he could eventually get a $700 million contract, according to TMZ. That would be something. But for Garcia to get that kind of dough, he’ll absolutely need to beat the big three – Gervonta Davis, Vasiliy Lomachenko and Devin Haney – at lightweight. Ryan has got the youth on his side as far as Lomachenko goes. The two-time Olympic gold medalist Lomachenko is 31, and he’s starting to show cracks his once impregnable armor. He could be ready to be beaten by Garcia by next year.

Garcia can’t overlook his opponent Romero Duno for this Saturday. Duno is a big puncher, and he’s going to be looking to wear Garcia down with pressure. He’s not as far or as talented as Ryan, but he’s got a steal chin, and he’s plenty tough. Garcia will need to be smart to beat Duno.