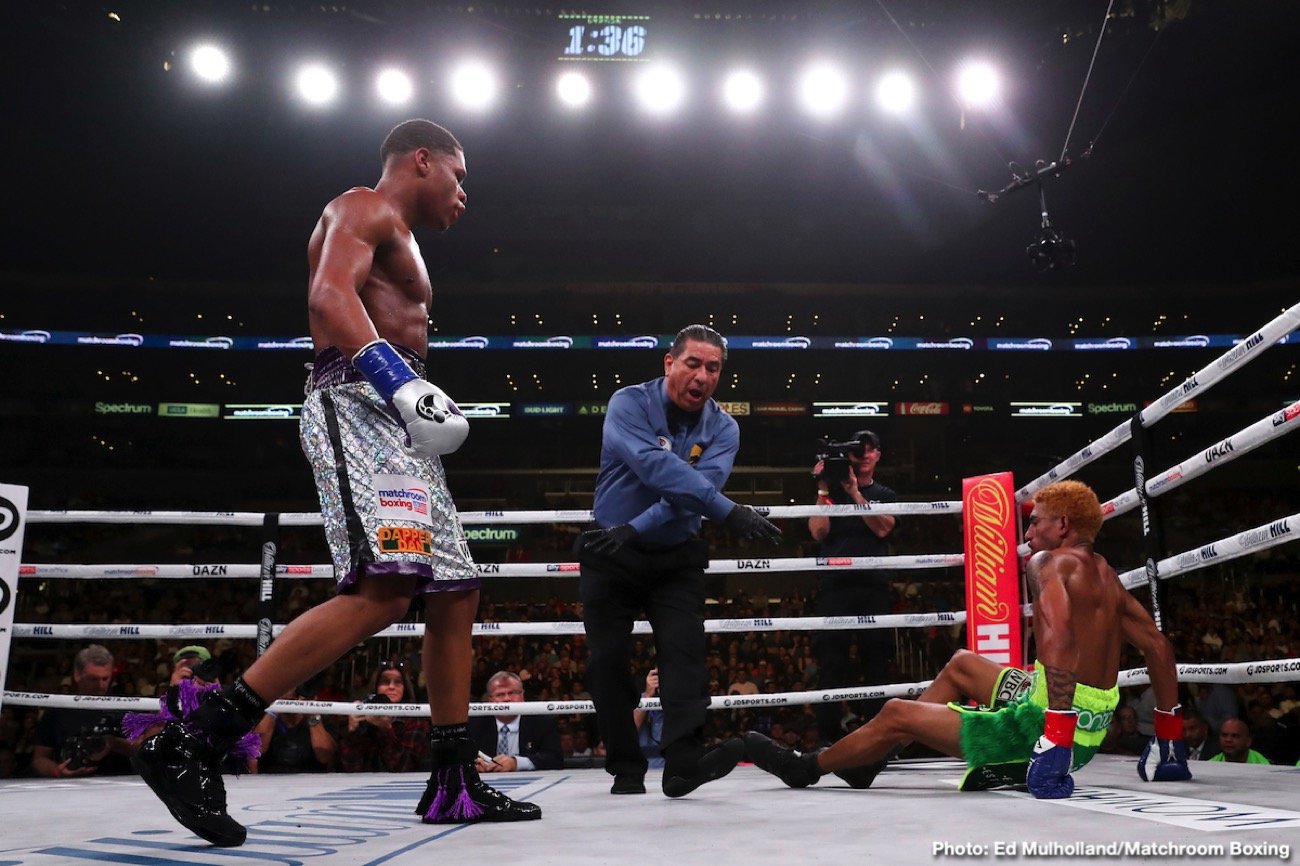 21-year-old Devin Haney sure is thinking big, perhaps bigger than any other fighter this side of Floyd Mayweather. From a financial standpoint at least. Haney, who will face veteran, could’ve-should’ve-would’ve-been-a-superstar, former champion Yuriorkis Gamboa a week today, has said he has set himself the lofty goal of becoming boxing’s first billionaire fighter.

Haney, 24-0(15) has plenty of people agreeing with him on a good number of things – he is the future face of boxing, he is the best lightweight in the world today, he is in fact the WBC lightweight champion (not Teofimo Lopez). But can he really earn a whopping, great $1billion bucks?

“I have a goal to be the first billionaire boxer, and to do that I have to put forth billion-dollar performances,” Haney said from his training camp.

But wait a minute, hasn’t Floyd Mayweather already achieved this gargantuan monetary feat? A quick check on Google lets a reader know that at last count Mayweather’s net worth was listed at $560 million. However, Floyd himself has stated at least once that he is in fact a billionaire. With all his investments, owned property, endorsements, combined with his monster ring paydays, maybe Mayweather has at some point been worth a billion dollars. It’s truly astonishing how much a fighter can earn these days.

Let’s look at some of the greatest, most celebrated and most powerful money earners of years gone by, and ponder how rich these fighters would be today, what with the earning power Pay-Per-View fights would net them, P-P-V not in existence back when these guys were doing their stuff (not to the extent that it is today anyway).

Imagine how much money Muhammad Ali would pull in if he was fighting at his best today? Ali made around $50 million during his ring career, but this figure (with inflation) would easily be ten times bigger if “The Greatest” was boxing today. The Ali-Foreman fight attracted no less than one billion viewers worldwide. Imagine today, with us all willing to shell out something like $100 to watch the epic fight on Pay-Per-View. Well, you do the math!

Sugar Ray Robinson, who managed ring earnings of $4 million (huge for the time) would also be absolutely rolling in it if he was around today. Imagine, for example, the kind of Pay-Per-View money Sugar would be able to generate with his sensational fights with the likes of Jake LaMotta and Carmen Basilio.

Sugar Ray Leonard is another fighter who would be a whole lot richer had he been at his fighting peak today, as is Thomas Hearns, Roberto Duran. And what about Mike Tyson!

When it comes to how much dough a fighter can earn over the course of one fight, let alone an entire career, things have changed quite drastically over the years. Are you hoping Haney can achieve his goal of becoming the first (*official) boxing billionaire? Or is such a goal something that kind of turns you off? Either way, Haney has a very long way to go yet.