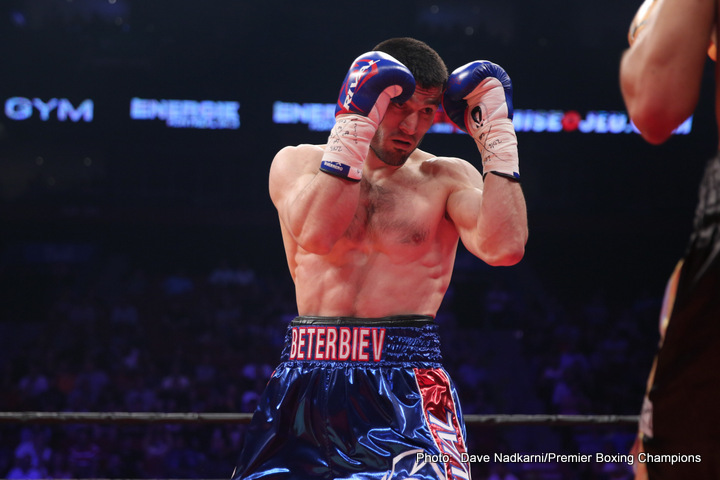 In the opinion of some fans, Russian puncher Artur Beterbiev, the reigning and undefeated IBF light-heavyweight champion, is the hardest-hitting 175 pounder in the world today. Some fans feel Beterbiev is also the best light-heavyweight in the world today. British warrior Callum Johnson will attempt the dangerous task of dethroning the 12-0(12) powerhouse on October 6 (venue to be decided but Chicago and New York are in the running to host the fight) and the unbeaten British and Commonwealth champion knows fully well what he is going up against.

But, as he made clear when speaking with RingTV.com, Johnson, 17-0(12) is as up for the fight as can be. Well aware of his underdog status in this fight, Johnson said he feels he carries as much raw punching power as Beterbiev does. Having returned to the ring in great style this past March (after over a year-and-a-half out of action due to injury), Johnson tore through Frank Buglioni inside just one round. Now, having been handed the big one with Beterbiev, Johnson is in a go-for-it frame of mind.

“He’s a big puncher, but I honestly believe that he doesn’t punch any harder than I do,” Johnson said to RingTV.com when referring to Beterbiev. “I don’t believe he’s any stronger than I am, but we’ll find out on the night. I believe, on my day, that if I detonate on someone’s chin they can’t take it because I don’t think it’s possible to take it. And that goes vice-versa; if he detonates on my chin, I’ll probably not be able to take it. This will be an exciting fight. Whether it lasts one round or 12 rounds, I think it’s a great clash of styles. Obviously, I come to fight and I look to take guys out and so does he.”

Practically no-one thinks this fight has any real chance of going the distance (nobody has yet taken Beterbiev the full 12 rounds of course) and it’s fair to say not too many fans are picking Johnson to pull off the big upset. But we should see an exciting fight, for however long it lasts. And of course Johnson deserves huge credit for agreeing to take this fight – one that could change his life overnight. Recently we saw the brave Jamie McDonnell blasted out in double-quick fashion as he attempted to pull off an away win over Japanese monster puncher Inoue Naoya in Japan, and now Johnson will try to score a great British away win.

Beterbiev has not been active himself, last boxing in November of last year and before that in December of 2016, so who knows, maybe Beterbiev will be a little rusty and not as sharp as usual. Might Johnson be in the right place at just the right time?