Terence ‘Bud’ Crawford isn’t taking Gervonta ‘Tank’ Davis seriously about what he said recently about how he’ll knock him out.

Bud believes that Davis, 28, chooses to fight at 135 for a reason. In other words, Tank knows his limitations and doesn’t want to fight at 147 and suffer defeats.

At lightweight, Tank Davis is a star, but at welterweight, he would just be another fringe contender in the Adrien Broner mold.

A more realistic fight for Crawford is at 154 against undisputed champion Jermell Charlo. Crawford says he’s going to move up to junior middleweight to challenge Jermell (35-1-1, 19 KOs) for his four belts if he can’t get a fight against IBF, WBA & WBC welterweight champion Errol Spence Jr in the first quarter of 2023.

If Charlo loses his undisputed 154-lb championship to his WBO mandatory Tim Tszyu in January, Crawford says he wants to fight him for the four belts.

It’s important that the 35-year-old Crawford move up to 154 soon because he’s not young, and it could take him awhile anyway to get a crack at belts, be it against Jermell or Tszyu,

“I’m very excited. I never feel I have to get a knockout. A victory is just as satisfying to me as a knockout,” said Terence Crawford to Fighthype when asked if he feels he needs a knockout to feel satisfied with a victory over David Avanesyan. “It’s all going to go on your record the same as a win.

“At 147, if I can’t get the fight that I desire, then my career will start at 154 with the hopes of landing that big fight with [undisputed junior middleweight champion Jermell] Charlo.

“That would be the guy that I want [Jermell], but for whatever reason, if he don’t be victorious, then I want to go after the guy that beat him,” said Crawford. 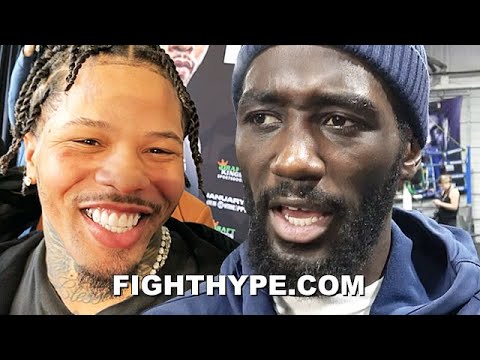 “If you look at all the great fighters that have been called out from different weight classes, it’s nothing I’m not surprised about,” said Bud Crawford about Gervonta ‘Tank’ Davis expressing interest in fighting him.

“Everybody says what they’re going to do, but Tank is in his weight class [135] for a reason, and I don’t see him coming up to 147 to fight me no time soon,” said Crawford.