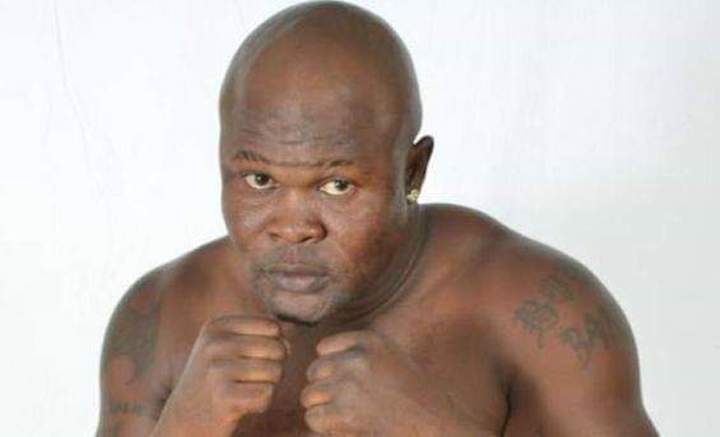 Enigmatic Ghanaian boxer, Braimah Kamoko better known as Bukom Banku (30-1, 23 KOs) will take his first career fight in the UK next month when he squares up to 26 year old Hungarian, Ferenc Albert (27-16, 15 KOs) in an international cruiserweight 10-rounder.

Kamoko, a former WBO Africa light heavyweight champ and boxer of the year, takes on the the 26 year old Albert at the St. George’s Hall in Bradford on the Monarch Events and Promotions fight show on September 7.

It will also be a first fight for the Ghanaian under the stewardship of Monarch Promotions CEO, Stanley Williams who has now taken over the promotional rights of Kamoko, now 39 but still determined to realise his world title dreams.

That is why the man whose otherwise perfect career record was halted by a loss to countryman, Bastie Samir in a 2017 Ghana fight of the year, has got down to serious training in Accra in an avowed bid to put up a show in the UK notwithstanding the 43-fight experience of Albert, a former Universal Boxing Organisation (UBO) European light heavyweight champion.

“Watch out my fans in England, watch out for your man Bukom Banku is coming to give you a good show full of excitement and action. It’s time for the African Mayweather to meet the fans in UK and I’m going to also give you a good win then we can celebrate,” Kamoko, who is also a part-time actor and musician told this writer in Accra.

“I have always said it I will be a world champion before I retire and I’m going to do it. I was born to win so my fans I promise to work hard to win for you. I thank God for giving me this new promoter and I like the big plans he has to make me an international star, that’s just what I’ve been praying for all these years and now I can assure my fans nothing will stop my chase to be a world champion,” he stated.

In the event, Kamoko and his team are expected to depart Ghana at the end of this month about a week to fight night, as he intends to arrive in the UK on time for acclimatisation even though he claims fighting in a distant territory will have no effect on his performance.

“I may not have fought in Europe or America as a professional but I have travelled and trained in the US and even London so I’m already used to the weather so I can confidently tell you I will have no problems with the conditions,” Kamoko said.

“We are focused on beating this guy to move forward and nothing can stop us. I’m training, working hard and definitely will be ready to shake the UK on September 7. Say Banku ebaa,” he said confidently.