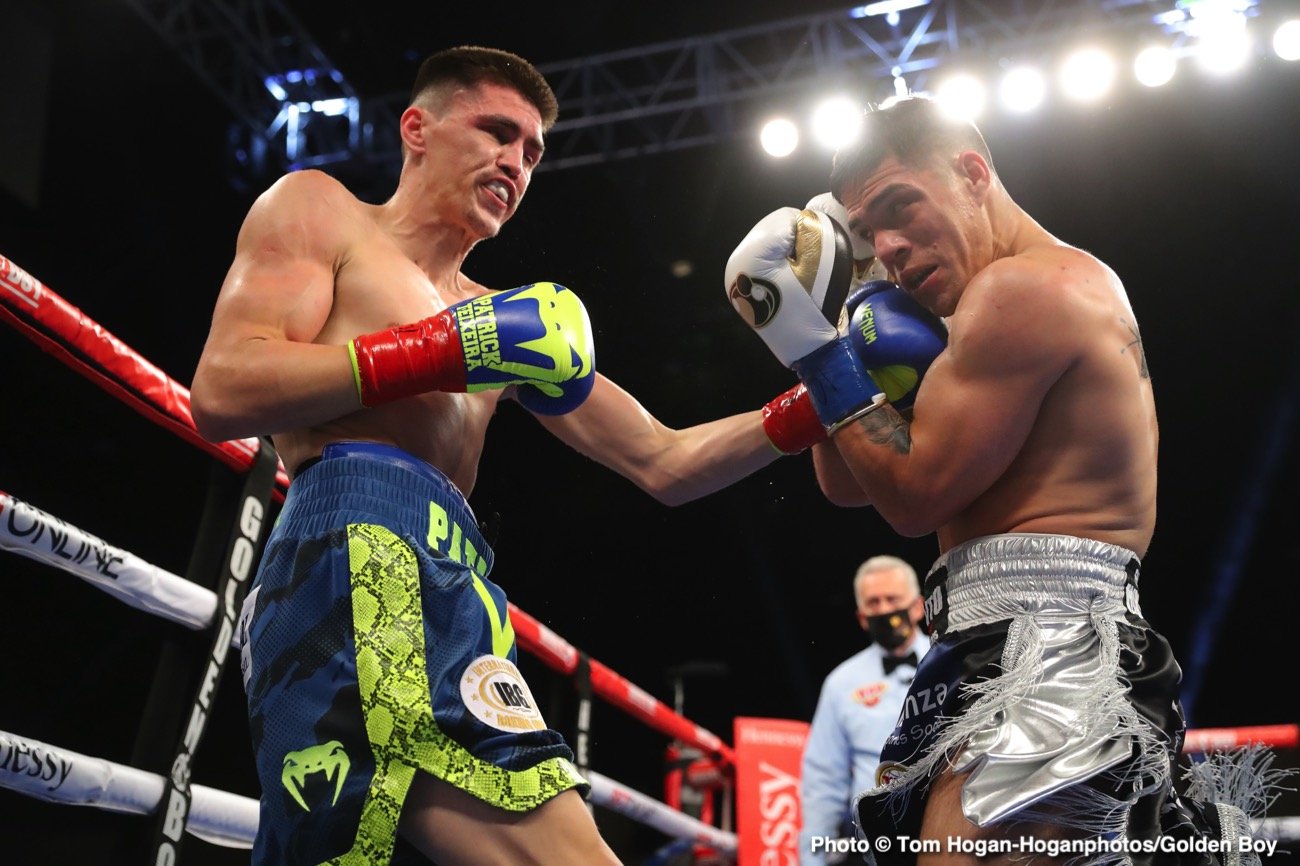 In a one-sided contest, Brian Castano (17-0-1, 12 KOs) unleashed a whirlwind attack to dethrone WBO junior middleweight champion Patrick Teixeira (31-2, 22 KOs) defeating him by a superb 12 round unanimous decision on Saturday night at the Fantasy Springs in Indio, California.

The much shorter 5’7 1/2″ Castano fought like a 154-pound version of Shawn Porter with the way he crowded the 5’11 1/2″ southpaw Teixeira and wore him down with his relentless pressure. 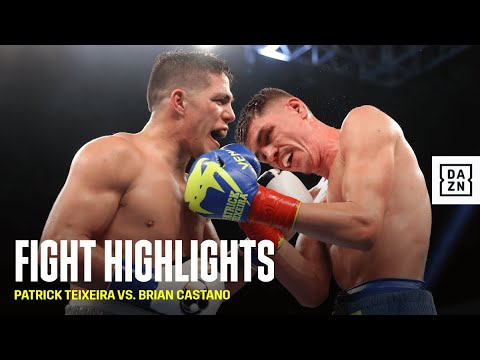 Teixeira initially attempted to keep the action on the outside against the shorter Castano, but he wasn’t able to keep the Argentinan off no matter how hard he tried.

Castano expertly cut off the ring on Teixeira and forced him to slug it out at close range.

in the 8th round with Teixeira way behind in the fight, he changed tactics and chose to stay in close and brawl with Castano.

This failed to work either, as Castano unloaded on Teixeira with nonstop shots that wore him down like a battery.

Teixeira landed a lot of body shots hoping to tire the Argentian Castano out, but it didn’t help. Castano just kept coming, throwing tons of shots that did a lot of damage.

In the 12th, Castano hurt Teixeira with a big left hook to the head and had him out on his feet. But surprisingly, Teixeira was able to survive by holding and moving to get out of the round.

It looked like Castano let up on Teixeira rather than go for the finish. It’s unclear if Castano showed mercy because they knew each other and had sparred in the past or if he simply was too tired to finish him. Either way, Castano got the ‘W’ and looked great.

After the fight, there’s a lot of speculation on whether Castano and IBF/WBC/WBC junior middleweight champion Jermell Charlo will meet for the undisputed championship. We’ll have to see if Charlo is willing to take the risk of facing Castano after the way he performed tonight.

The way Castano looked tonight, he could be the best fighter in the 154-lb division. Castano, 31, is going to be very hard for anyone to beat in the division. Hopefully, Charlo doesn’t shy away from fighting Castano. These two need to fight to prove who’s the top dog at 154.

Castano’s Shawn Porter style of fighting is going to make him very hard to beat.