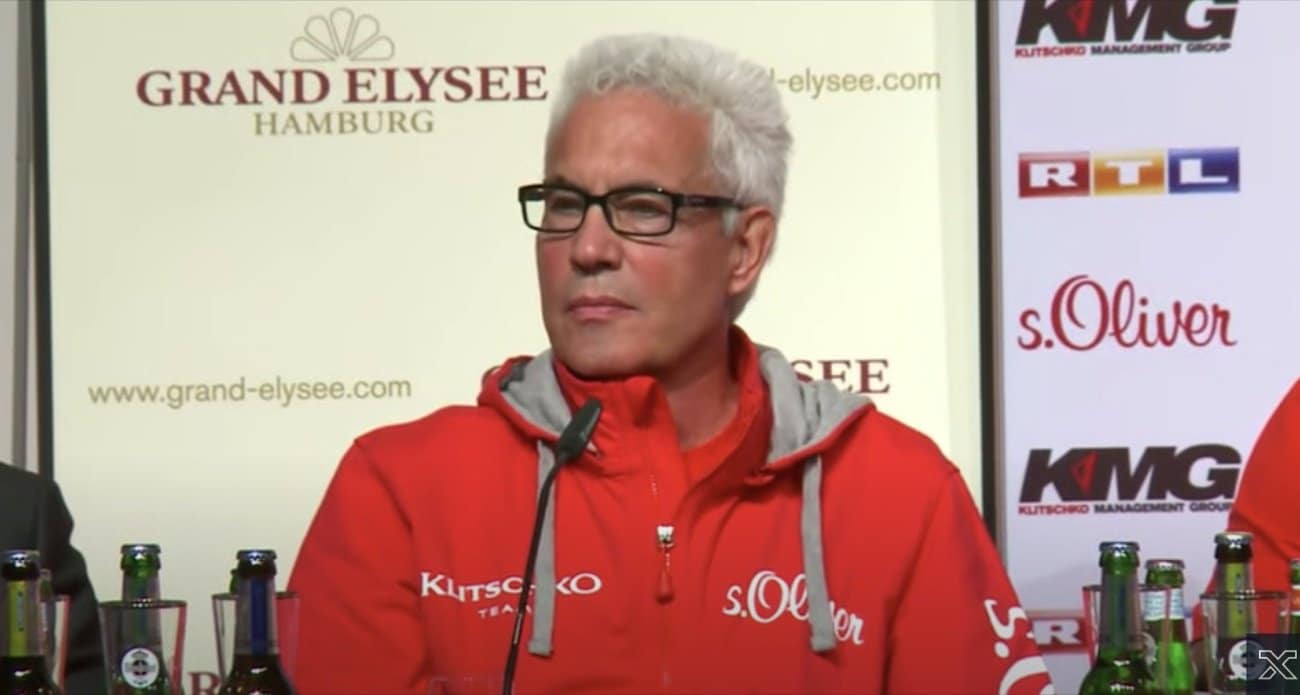 Interview by Frank Schwantes (box-sport.de): Mr. Bönte, you already got to know Tyson Fury when he was still a sparring partner of Wladimir Klitschko. What impression did he make on you as a person then – and what impression does he make today?

Bönte: That was back in 2010 at Wladimir’s training camp in Austria. Tyson Fury was at the camp at that time as a partner of his cousin Andy Lee, who like Wladimir was trained by Emanuel Steward. But Fury did not spar with Wladimir, because Wladimir’s next opponent was Samuel Peter, who is much smaller than Fury. Fury was very reserved at that time, looked at how Wladimir trained, and even wanted to have a photo with him before leaving.

He has changed a lot during the ten years…

During the promotion for the fight 2015 against Wladimir, he tried, again and again, to provoke Wladimir – sometimes funny, very often completely below good taste though.

After Wladimir’s defeat, a rematch was contractually on the agenda, but in the end, it never came to that. What experiences did you have during this time in negotiations with Fury and his camp?

Very negative. Fury’s side tried again and again to gain time. On the one hand, they tried to renegotiate the contents of the contract with the rematch clause, which had been signed long ago, and on the other hand, Fury had allegedly suffered a severe foot injury. But he was – as we all could see on TV – at the European Football Championship in France and celebrated exuberantly dancing with English fans. As it turned out later, Fury was probably already mentally in a bad state at that time and could never have gone to a training camp for a fight against Wladimir Klitschko. At a press conference in London a few weeks later, we were all there, only Fury didn’t come because he was allegedly involved in a car crash. During this time, we continued to insist on the contractually agreed doping tests for both sides, and Fury then also immediately stood out as a doper during one of the first tests. In the end, the truth came to light through medical bulletins from England, namely that Fury’s psyche was severely affected and he would suffer from depression. In interviews, Fury later admitted this officially.

How high do you rate his boxing skills?

He measures 2.06 meters and has great range advantages in every fight. In addition, despite his size and weight, Fury is very fast, extremely agile, and can box in any stance, which makes it extremely difficult for all opponents to hit him and put him under pressure. Due to his unique style, he often makes opponents punch air holes and look bad, frustrates them. Fury’s shortcoming is his lack of punching power.

What do you think he would be capable of in a fight with Anthony Joshua?

After the last performances of both, I would currently see Fury as an easy favorite.

Many also appreciate Fury’s skills as an entertainer in the boxing business. Is this good for boxing?

As long as his qualities as an entertainer are limited to special costumes, funny walk-ins, singing, and funny videos, that’s okay and provides entertainment.

Some of his statements are quite tasteless – is this pure calculation to produce headlines at any price?

I can’t judge that. But when Fury, as is often the case, makes homophobic, sexist, and even anti-Semitic remarks, it is entirely unacceptable.

Unfortunately, Fury very often crosses those lines. Maybe I think conservatively, but I am convinced that top athletes are in the spotlight and have a role model function. There are and were great heavyweight world champions from the likes of Anthony Joshua, Lennox Lewis, Rocky Marciano, Evander Holyfield, Muhammad Ali, Max Schmeling, or the two Klitschkos – to name just a few very positive representatives – but I clearly prefer them.

After drug abuse, depression, and severe overweight, Tyson Fury has turned the corner and has even become world champion for a second time. Would you ever have thought that possible?

I don’t know him enough privately to be able to judge that. But to have done what he has done definitely warrants respect.