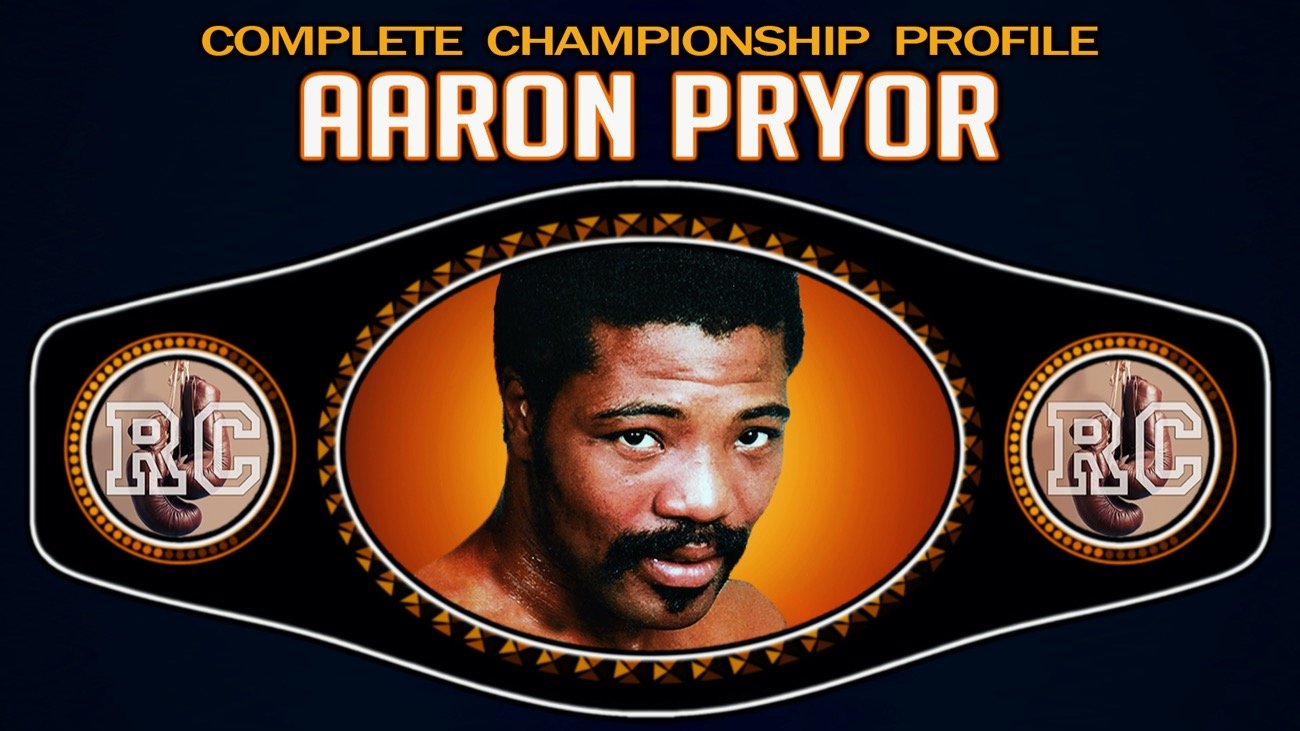 Aaron ‘The Hawk’ Pryor was a two-time junior welterweight world champion who was inducted into the International Boxing Hall of Fame in 1996.

Pryor made his pro boxing debut on November 12, 1976 when he scored a 2nd round stoppage victory against Larry Smith. Less than four years later, Pryor had accumulated a record of 24-0 with 22 knockouts. That is when he got his first opportunity to compete for a major world title against WBA junior welterweight world champion Antonio Cervantes. After being dropped by a sharp counter from the champion in the opening round, Pryor rallied back with an explosive display of energy and power. Pryor stopped Cervantes in the 4th round to become the new champion. This was just the first of eleven championship contests Pryor had during his professional boxing career.

Pryor is best known for his epic two-fight rivalry against fellow Hall of Famer Alexis Arguello. When the two first met on November 12, 1982, Pryor scored a 14th round technical knockout in a highly entertaining encounter. Afterwards there was controversy surrounding the second water bottle Pryor had received a second water bottle from trainer Panama Lewis between rounds 13 and 14, where Lewis can be heard saying “The other bottle, the one I mixed”. When the two had a rematch on April 2, 1983, Pryor was trained by Emanuel Steward, and this time, Pryor was in complete command, dropping Arguello three times before scoring a 10th round stoppage.

When all was said and done, Pryor had 40 professional contests with a record of 39-1-0 and 35 of his 39 victories coming by way of knockout. Pryor is widely viewed as one of the very best (if not the best) boxer in the relatively newer 140 pound weight class. This edition of Rummy’s Corner will provide a brief chronological recap of all 11 championship contests that featured Aaron ‘The Hawk’ Pryor. This is part 10 of a new ongoing series of Complete Championship Profiles. Please watch and enjoy the video!