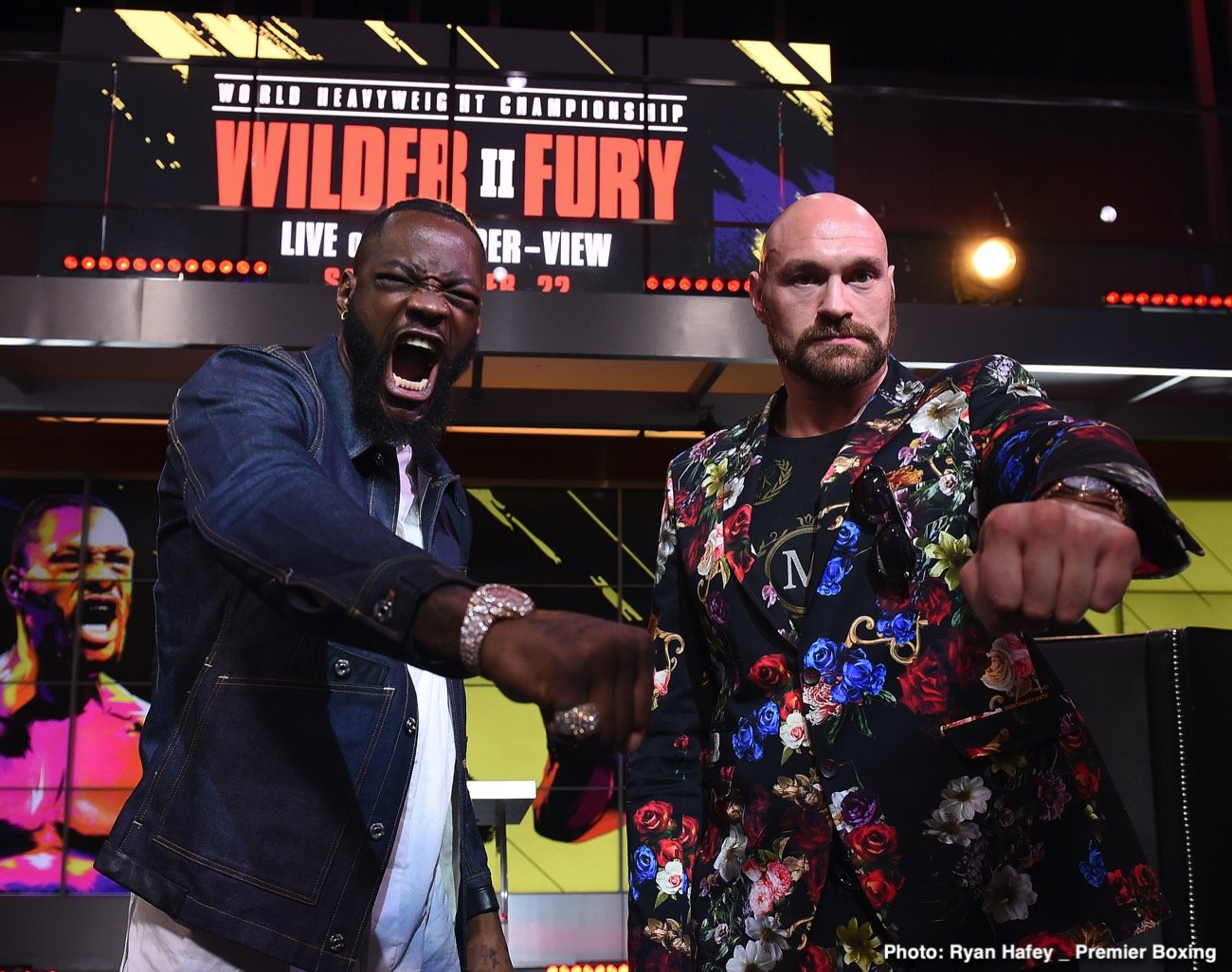 Top Rank promoter Bob Arum believes that the Saudi deal that Anthony Joshua’s promoter Eddie Hearn has been working on is a “Mirage” for the undisputed heavyweight championship fight with Tyson Fury and says there’s a chance Deontay Wilder could enter the picture.

It would be a switch in negotiation from Joshua to Wilder, but it’s a fight that infinitely easier to make.

Hearn wouldn’t have to travel all around the world trying to shop it to different countries to get the biggest site fee possible.

On Tuesday, Arum flew with Fury to Napa, California, to meet with the mediator in charge of the mediation, Wilder. Arum told RingTV that he thinks the mediation could easily turn into negotiations with Wilder for Fury’s next fight.

With the Joshua fight not happening, it makes sense for Fury to move on and take care of his contractual rematch with Wilder. It would be one less thing hanging over his head, and also it would give him a well-paying fight.

As long as Fury isn’t gun-shy about taking a third fight with Wilder, it’s the best possible payday he can get next to the Joshua fight, which doesn’t appear to be happening now.

Read:  Joshua vs. Usyk 2 rematch could be done this week for July 23rd in Middle East

Arum says he thinks Hearn is so desperate at this point to try to force a deal because he’s coming to the end of his contract with Matchroom Boxing. Joshua’s next fight will be his final one in his current contract.

Arum says Hearn wants that fight to be with Fury, not with Oleksandr Usyk. That would be a risky fight for AJ that wouldn’t pay him anywhere near the amount of money that the Fury clash will.

“If I had to bet whether the Tyson Fury versus Anthony Joshua fight would happen or not, I would say no,” said Arum to RingTV. “As far as I can see, this whole thing with Eddie [Hearn] and is just a mirage.”

“A switch to negotiation is possible,” Arum said.

All that time wasted for Fury trying to get the Joshua fight, and he has nothing to show for it. In hindsight, Fury should have quit the negotiations a long time ago, and focused on the Wilder trilogy instead.

Fury’s own father John said the obvious recently when he remarked that it’s not a good time to make the Joshua match.

With the trouble bringing in crowds due to the pandemic, it’s better to hold off on the Joshua-Fury fight until the situation clears up.

In the meantime, Fury can take on Wilder, Dillian Whyte, Filip Hrgovic, and Daniel Dubois.

There are at least six excellent fights available for Fury in the division that he can take, and make excellent money.

When things clear up with the pandemic, Fury and Joshua can rearrange a fight, preferably in the UK in front of their fans instead of taking it to the Middle East.

“Eddie is desperate, he has one more fight with AJ, and he wants it to be the fight against Fury,” said Arum.

“But if a fight against Tyson is delayed, to the winter, then AJ has to fight Oleksandr Usyk, and that’s not that big a fight. Eddie is a desperado here.”

Joshua should take care of his responsibility to Usyk, who has been waiting for his mandatory defense since moving up to the heavyweight division in 2018.

Joshua can take care of his WBO mandatory while Fury does is bit by giving Wilder his contractual rematch that he tried to squirm out of.