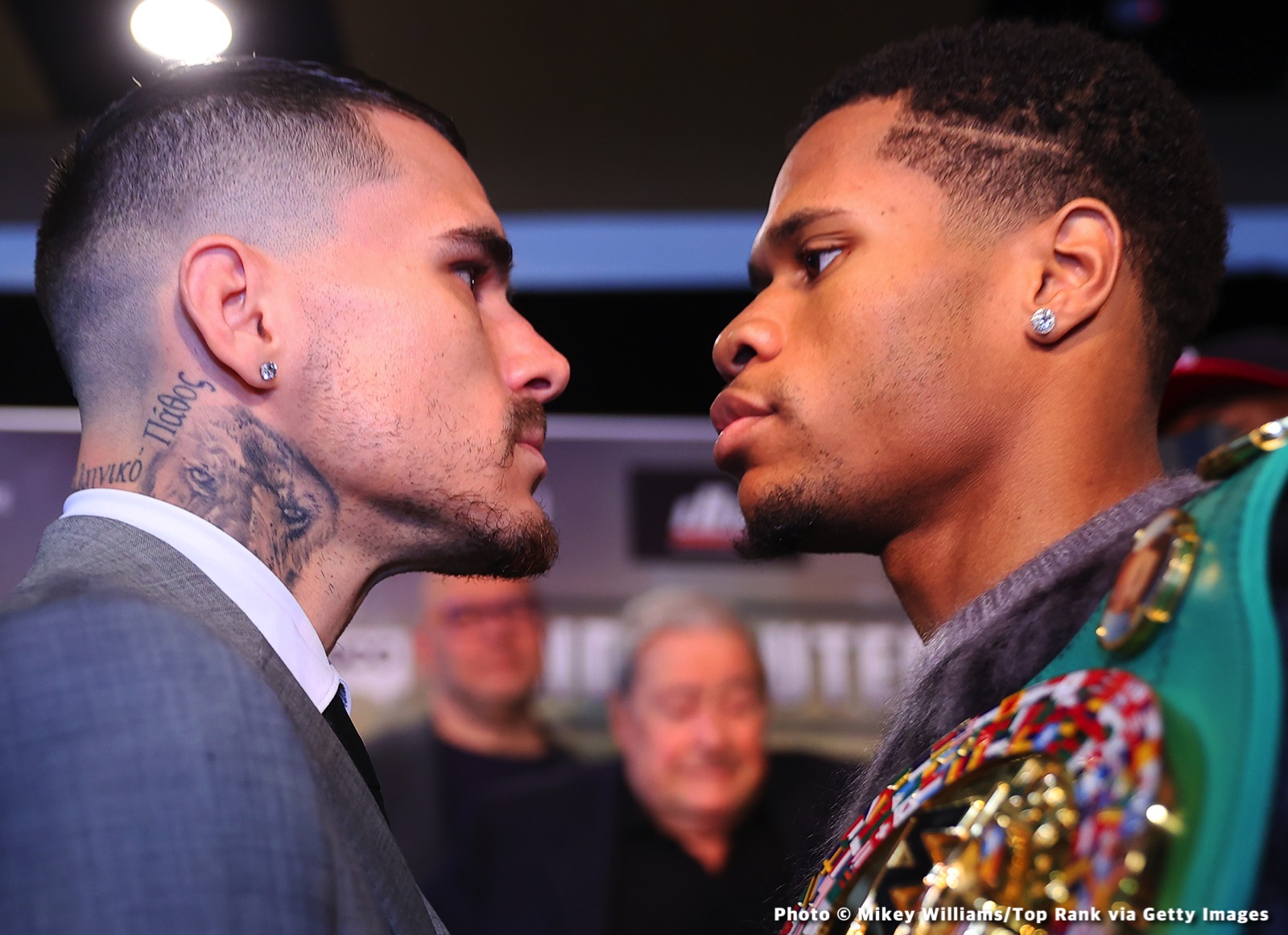 Top Rank promoter Bob Arum has confirmed that the Devin Haney vs. George Kambosos Jr. is being finalized to be taking place at Rod Laver Arena in Melbourne, Australia.

Arum says the Rod Laver Arena seats 20,000 fans, and it’s a smaller venue than the 56,000-seat Marvel Stadium in Melbourne, which is where Haney soundly defeated Kambosos last June.

It makes sense not to do the rematch in the larger stadium because the fan interest is expected to be considerably less.

On social media, many boxing fans say they don’t want to see the Haney vs. Kambosos II rematch because they don’t expect the outcome to be different from the first fight.

The rematch would be on October 16th in Australia and shown in the United States via ESPN during primetime on October 15th. Arum says they’re waiting to find out what the Australian government’s contribution will be to stage the Haney – Kambosos 2 fight in that country.

The problem is the low cost of pay-per-view in Australia, as Arum says it would go for 20 dollars, and you’ve got purses to pay for the fighters. It’s tricky.

Haney (28-0, 15 KOs) will be defending his undisputed lightweight championship against former unified champion Kambosos Jr (20-1, 10 KOs) after defeating the Australian by a 12 round unanimous decision on June 5th in Melbourne.

“That’s not true, but we’re working on finalizing it,” said Bob Arum to Fighthype when asked if the reports are true that the Devin Haney vs. George Kambosos Jr II fight is finalized for October 16th at the Rod Laver Arena in Melbourne, Australia.

“We’re working on the [Australian] government’s contribution,” Arum continued about the Haney – Kambosos 2 rematch. “We wouldn’t do it in a big 50,000-seat stadium like we did in the first fight, but there’s the Rod Laver Stadium in Melbourne that has 20,000 seats.

“It’s a work in progress, and I think everybody is working hard to make it happen for mid-October. It’ll still be a Sunday, a Saturday in the United States. We put a number of championship fights on the card with it and send it back to ESPN in the United States, of course.

“Will the numbers justify the revenue that has to be taken in to pay the freight? It’s all well and good to say, ‘Hey, let’s make it cheaper and so forth.

“But unlike prior decades where promoters make considerable money from pay-per-view like we did with Manny Pacquiao’s fights, which PBC did with Mayweather fights, which for a while Canelo fights.