Though he has not done much over recent years as far as winning big fights, or winning smaller fights, Adrien Broner – who is 1-2-1 in his last four starts – was taken aback by reporters who questioned him about how much he has left to offer. Hyping his upcoming, must-win fight with Omar Figueroa Jr, the former four-weight champ fired back, yelling how he is “far from finished.”

Broner, who is still only 33 (next week) yet seems to have been around for some time (indeed, it seems very long time ago now that “The Problem” was being called “the next Floyd Mayweather”) – asked reporters if they were “trippin’” when questioning his age and what he has left to offer his sport.

“You talkin’ to me like I’m 65 years old! Do you know who you talking to!” Broner said to gathered media personnel. “I’m AB, Adrien Broner. You trippin.’ You know, I’m far from being finished. I know my name will always be big in this boxing game. And I’m just here [now] to just go on this run and be the best Adrien Broner I can be.”

Broner needs a strong performance against Figueroa, who he will face in a 140 pound bout on August 20 at The Seminole Hard Rock and Casino in Hollywood, Florida. If he struggles to get a win here, or if he actually loses the fight, Broner will have to listen to more questions about how much he has left inside.

Broner, 34-4-1(24) had has his legal troubles outside of the ring and you have to go back to 2015 to fine his last dominant winning performance. Figueroa, 28-2-1(19) and only a little younger than Broner, is looking to score a dominant win of his own. This is an interesting fight, and one of the biggest interesting questions surrounding the bout is, can AB make 140 and be strong at the weight?

Again, this is last chance saloon time for “The Problem,” and he needs to win and win big. Can he do it? Or do you feel Broner is some ways past his best, the way those reporters do? 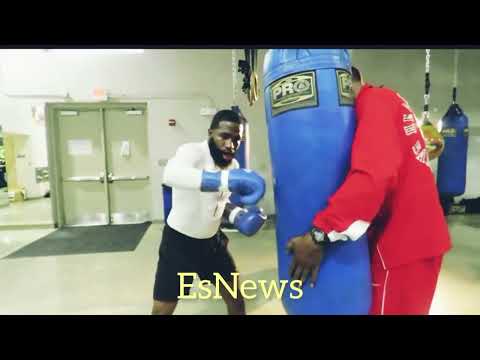