Tyson Fury’s promoter Bob Arum predicts an easier win for his July 24th trilogy match against Deontay Wilder than the last time the two fought in 2020.

Arum sees the fight as having only one winner and WBC heavyweight champion Fury (30-0-1, 21 KOs) when they meet at the T-Mobile Arena in Las Vegas, Nevada.

The third clash between former WBC champion Wilder (42-1-1, 41 Kos) and Fury will be formally announced next week in a press conference, says Arum.

Wilder has been training hard for the trilogy with his new coach Malik Scott, and he’s vowing to get retribution against Fury. The way that Wilder is looking, he’s like a new man and showing moves that we’ve never seen before from him.

“The fight is happening, we’re going to have a press conference next week in LA,” said Bob Arum to SnowqueenLA about the Tyson Fury vs. Deontay Wilder fight on July 24th at the T-Mobile Arena in Las Vegas, Nevada.

“The fight is happening here at the T-Mobile. I have never seen a feeding frenzy for tickets like this fight.

“I think it’s an interesting fight, I think there’s one winner and it’s Tyson Fury. I think he’s going to knock Wilder on his a** quicker this time than he did last time,” said Arum.

It’s hard to make an accurate prediction for the third fight based on what we saw a year ago. Wilder now knows how Fury will fight, and e’s going to be ready for the pressure that he puts on him.

If Wilder really was worn out from his ring costume, and if he did him a legitimate right bicep injury, it could be a different story this time.

“That fight [Joshua vs. Fury] was going to happen if not for the arbitrator,” said Arum. “Both Joshua and Fury want that fight. Joshua doesn’t have a walk in the park with Usyk.

‘Usyk is a very good boxer. Obviously, we’ll have to see, but if Fury wins [against Wilder] and Joshua wins, it’s logical that they fight each other.

“If Joshua fights in September, he can still make a fight in December. I know in the Middle East, that’s the month they want a big fight to take place.

“They’re opening up a new area in Saudi Arabia in December, and they want to open it up with a big fight,” Arum said.

If Joshua and Fury win their next fights, it’s likely that they will meet up in December in Saudi.

There’s a lot that needs to fall in place for Fury and Joshua to fight in the fall.

Even if they both win, putting together the fight may prove to be difficult if not impossible.

For Fury, it’s important that he get the fight done with Joshua because he’s going to have to fight WBC mandatory Dillian Whyte next year. Whyte will be a difficult fight for Fury, perhaps much harder than Wilder.

Bob goes off on Eddie Hearn

“Eddie Hearn has diarrhea of the mouth,” said Arum. “He can’t stop talking and he doesn’t think.

“So everybody knew about that. People said, ‘The papers are clear and the arbitrator would never rule that way,’ but it was not a secret that we were in arbitration and that was a possibility.

“Eddie Hearn was the guy that screwed everything up. The Saudis were happy to pay a tremendous amount for the site fee. 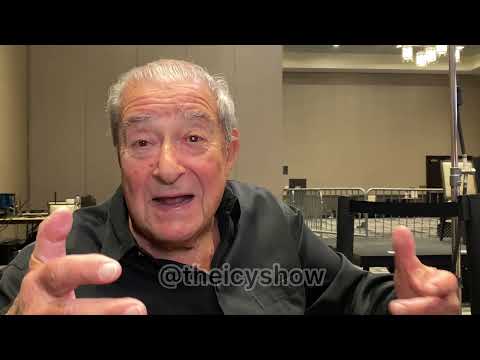