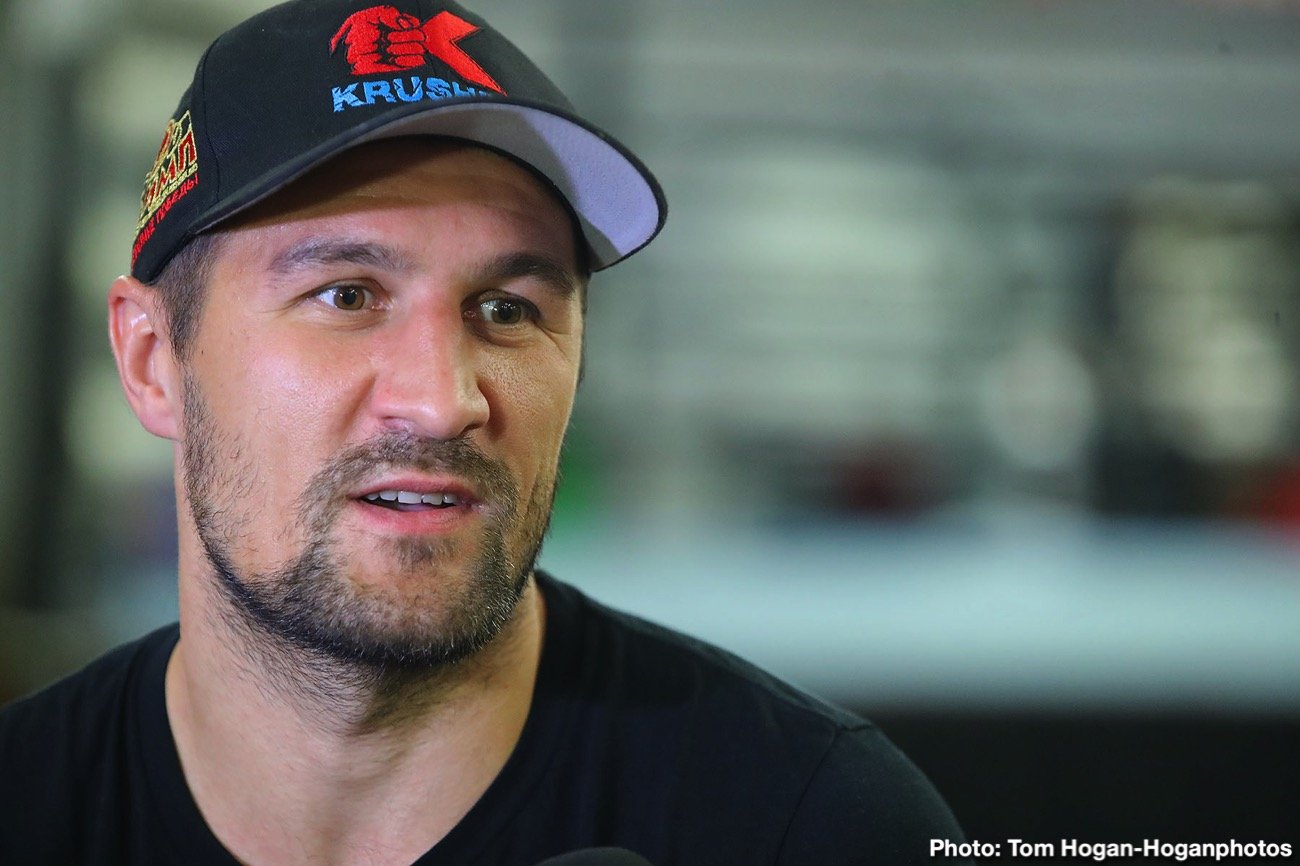 Badou Jack insists that Sergey Kovalev isn’t a cherry pick for Saul Canelo Alvarez. This is a dangerous opponent for Canelo (52-1-2, 35 KOs), and he’s going to have to fight smart if he’s going to win the fight due to the size difference. Former two division world champion Jack acknowledges that the 36-year-old Kovlaev isn’t as good as he used to be, but he’s still a big puncher, and a risky opponent for Canelo.

Canelo is moving two weight classes next Saturday night on November 2 to challenge WBO light heavyweight champion Kovalev (34-3-1, 29 KOs) at the MGM Grand Garden Arena in Las Vegas, Nevada. The fight will be shown on DAZN.

“People say it’s an easy fight. Absolutely not,” said Badou Jack to Fighthub in talking bout the Canelo vs. Kovalev fight next Saturday. “People say its cherry picking. Absolutely not. Kovalev is still knocking people out. He’s not as good as he used to be, but he’s still dangerous though.

“We’ll see what happens. He’s [Canelo] got pretty good head movement, so he’s got to get away from that jab and get inside. If he gets inside, he has a good chance of winning the fight,” said Jack about Canelo.

Boxing fans assume that because Andre Ward beat Kovalev, it mean Canelo will do that same thing. The 6’0″ Ward is a lot bigger than the 5’8″ Canelo, and he used a different approach to beating him than what the Mexican star likely will. Ward arguably was gifted a decision in the first fight with Kovalev in 2016. In that fight, Ward wrestled with Kovalev after being dropped by him. Every time there was a gap between them, Kovalev got the better of Ward. Nevertheless, the judges gave it to Ward.

In the rematch in 2017, Ward landed what appeared to be several low blows, and the fight was stopped, and he was given a victory. Kovalev was topped i the 7th round by Eleider Alvarez in August of 2018. Kovalev came back and avenged that loss in beating Alvarez by a 12 round decision last February. In Kovalev’s last fight, he stopped Anthony Yarde in the 11th round last August. Yarde hurt Kovalev in the 7th, and had him close to being knocked out in round 8.

“No, he’s a big guy. He’s my size,” said Jack when asked if he would be surprised if Kovalev wins the fight. Canelo is a natural 47 and 54 pounder. I wouldn’t be surprised, but I slightly favor Canelo. Manny Pacquiao did it [moved up in weight]. He’s an eight division world champion. Roy Jones went up to heavyweight. Floyd. Anything is possible in boxing. I think Kovalev is going to try and establish his range with his power shots.

If Kovalev uses movement and stays on the outside like he did in his rematch with Alvarez, it’s going to be very hard for the shorter Canelo to land his shots. Canelo didn’t look like a devastating power at 160. Yeah, he stopped Amir Khan, but he’s a welterweight that was looking for a payday when he moved up to middleweight to fight Canelo.

Last December, Canelo knocked out former WBA World super middleweight champion Rocky Fielding in three rounds, but he was seen as a paper champion. Fielding as the weakest link among the 168-lb champions. Although Kovalev is considered the weakest link at light heavyweight, he’s still world’s better than Fielding. This is a much tougher fight for Canelo than Fielding.

“Canelo is going to try and box. I don’t think he’s going to stand in front of him in the beginning, and try and break him down,” said Jack. “I favor Canelo in the early rounds, and Canelo in the later rounds. He can box with pressure. He doesn’t have to go backwards to fight. He’s got to get inside, of course. You can’t stand in front of him [Kovalev]. He’ll definitely go to the body. That’s his weakness. Canelo is one of the best body punchers in boxing,” said Jack.

News:
On This Day In 1950: The Great Sugar Ray Robinson Warms Up For LaMotta With European Tour
Follow @eastsideboxing