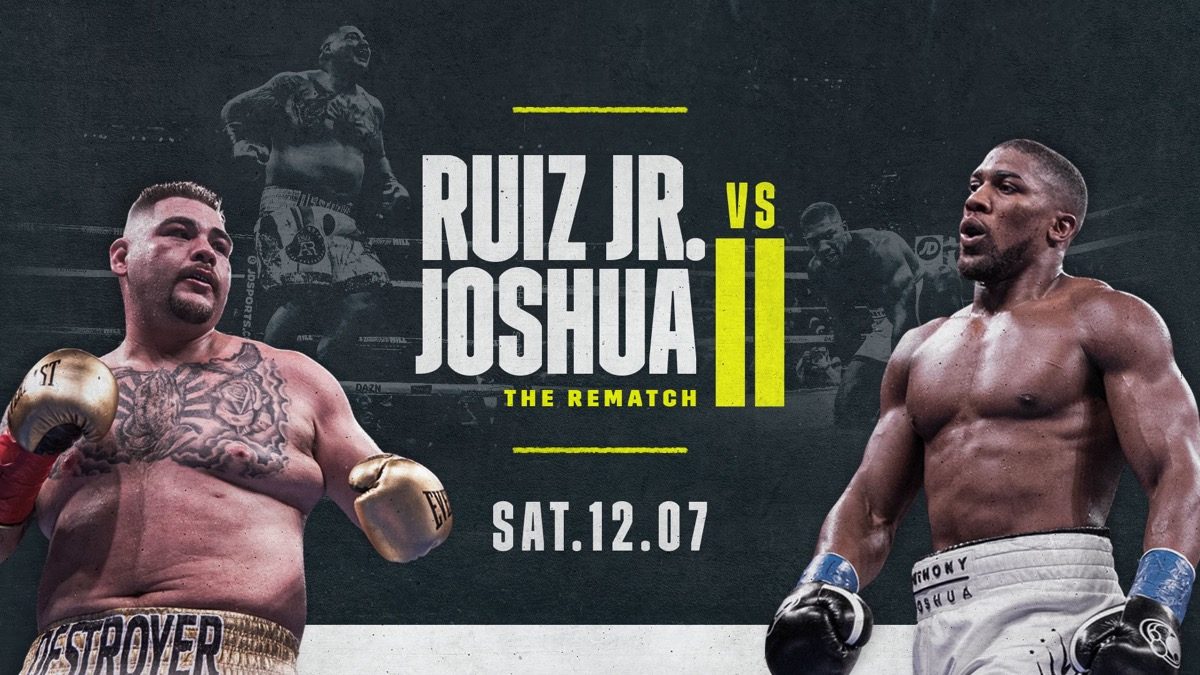 IBF/WBA/WBO heavyweight champion Andy Ruiz Jr. showed his class in helping out a stranded motorist this weekend in giving them a push to get them out of traffic. Ruiz Jr. is a generally nice guy, and so humble. The fame that Ruiz has found with his victory over Anthony Joshua last June hasn’t changed him. He’s still the same person as he was before his upset victory.

You have to wonder how many millionaire fighters would have done what Ruiz did in giving a stranded motorist a helping hand, especially with a big fight coming up.

Ruiz Jr. (33-1, 22 KOs) is training for his December 7th rematch against former unified heavyweight champion Anthony Joshua (22-1, 21 KOs) in Riyadh, Saudi Arabia. This is a highly important fight for Ruiz, as if he wins, it’ll keep the money train going for his career.

There was talk recently that Ruiz had lost a mess of weight in training for the rematch with Joshua. But in looking at the video of Ruiz helping out a stranded motorist, he looks as big as ever. He might be a little bit lighter than he was in the Joshua fight last summer, but not by a lot.

Ruiz weighed 268 pounds for that fight. Right now, Ruiz definitely looks like he’s in the 250s, possibly around 260. He’s still punching with a lot of speed, and concussive force.

Ruiz has a number of excellent fights on the horizon for him if he gets passed AJ on December 7th. There’s fights with WBC heavyweight champion Deontay Wilder, Tyson Fury and Oleksandr Usyk. There also could be a trilogy match with Joshua.

With Fury, Ruiz will need to take that fight as soon as possible, because the British heavyweight likely won’t be around too much longer. His interest in boxing appears to be decreasing, and he’ll likely get knocked out when he faces Wilder in a rematch next year.

Joshua and his promoter Eddie Hearn of Matchroom Boxing believe that Ruiz’s win was a fluke thing. They see it as a situation where Ruiz caught Joshua with a big left hook when he was trying to finish him in the 3rd round last June in their fight at Madison Square Garden in New York. That was the initial excuse given for why Joshua lost to Ruiz by a 7th round knockout.

The other excuse was that Joshua only had 3 week to train for Ruiz specifically, because he was brought in as a replacement opponent for Jarrell ‘Big Baby’ Miller, who tested positive for several banned substances and was yanked from the card.