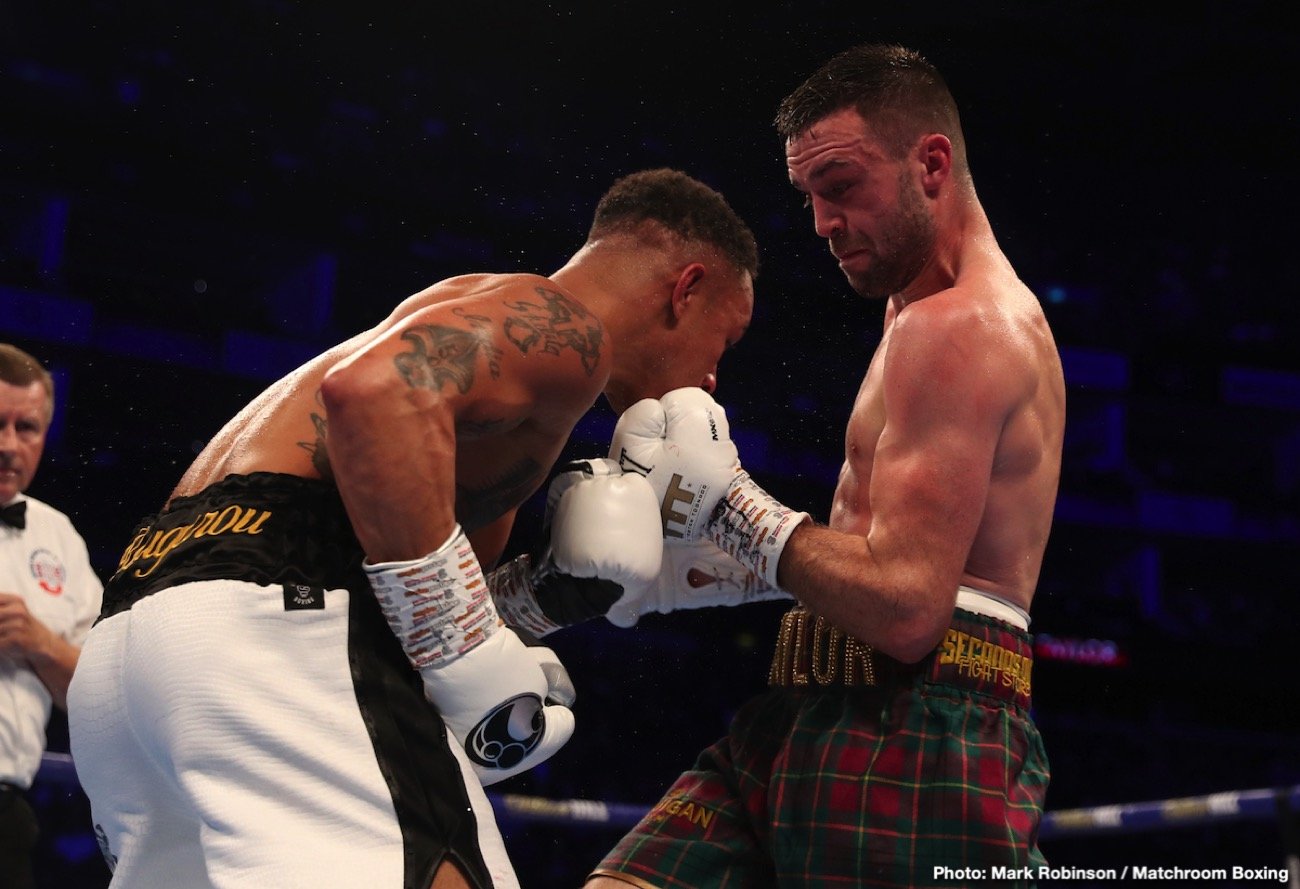 Talk about a red-hot, guaranteed action fight/war/battle of skills fight for 2020: Josh Taylor Vs. Jose Ramirez, for all the marbles at 140 pounds. This match-up, one that Taylor called for as soon as the dust settled after his winning classic with Regis Prograis on Saturday night, might just be The fight of next year. If it happens. We all hope it will happen.

If it does, we just might get the most eagerly anticipated 140 pound showdown since titans Julio Cesar Chavez and Meldrick Taylor collided in a super-lightweight unification mega-fight back in 1990. 28 year old Taylor of Edinburgh, Scotland, 16-0 (12) is a magnificent fighter, as wins over Prograis, Ivan Baranchyk, Viktor Postol and Miguel Vazquez have shown. 27 year old Ramirez of Avenal, California, 25-0(17) is equally special, as wins over Maurice Hooker, Jose Zepeda, Antonio Orozco and Amir Imam have shown. Together, with the WBC/WBO/IBF and WBA 140 pound titles on the line, these two peaking warriors could really give us something to remember for years.

Taylor gave us a Fight of the Year candidate on Saturday, while Ramirez gave us a thriller in his last fight, when he stopped the unbeaten Maurice Hooker in his own two-belt unification fight in July. Simply put, these two, with their fan-friendly style and approach, cannot fail to give us a great, great fight. But who wins? Saturday’s Taylor-Prograis fight was as 50/50 or pick ’em as you can get, and the same would/will go for Taylor Vs. Ramirez.

Both men have a great engine, a good chin, good skills and well above average power. And both men have that hunger to win, that ultra competitive streak; that sheer hatred of losing. Can YOU pick a winner here?

There are a number of must-see fights boiling over for 2020, but in terms of the lower weight classes, Ramirez-Taylor just might be the most sought after fight of the coming months. Whether it’s in the U.S (most likely, and Taylor has said he would be willing to travel to make the fight) or in the U.K, this fight HAS to happen. Who wouldn’t be willing to pay to see it go down?