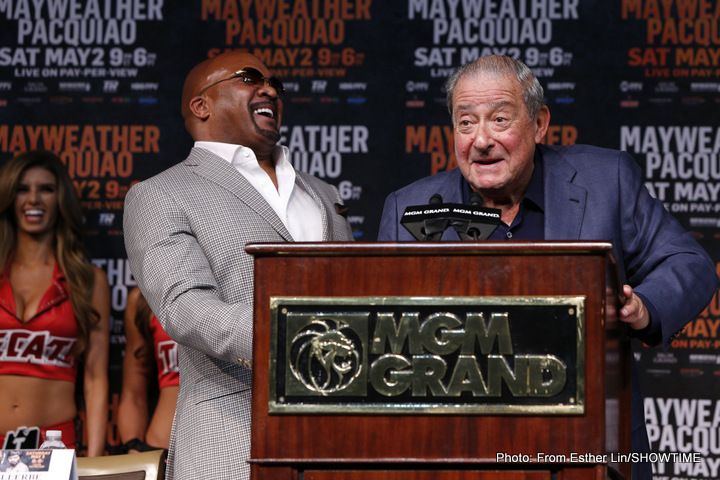 If anyone should be screaming robbery right now, it is Manny Pacquiao’s long-time promoter Bob Arum. Yet despite the fact that people such as Lennox Lewis, Teddy Atlas and Samuel L. Jackson (!) are saying this past Saturday night’s upset decision win scored by Jeff Horn over Pacquiao was a disgrace, the Top Rank boss does not agree.

Speaking with RingTV.com, Arum – who, we all know full well, comes out and says what he is thinking – said the decision that went against his fighter was fair:

“I thought it was a close fight, it could’ve gone either way,” Arum said. “There’s an argument for the fight being 7-5 (in rounds) Manny – [the] 11th round was sort of close. I thought Manny gave away early rounds. Could it have been 7-5 for Manny? Yeah. But you can’t argue with the result. I think you cannot spend so much time as a senator and expect to be a world class fighter.”

There is plenty of suggestion from many people that Pac Man, a true great with nothing left to prove, should call it a (boxing) career and walk away. Juggling his senatorial duties with the rigours of the ring, at age 38, is seemingly too much. Freddie Roach knows Manny better than anyone, and he says he will sit down and have a long talk with his fighter.

“I’m gonna have a long talk with him about that [possible retirement]. Because I think maybe being a senator, being a fighter, both is maybe too much,” Roach said. “I’m gonna give him my feelings on this because I’m a little bit in the middle because he didn’t fight badly, he did well in some of the rounds. He just wasn’t consistent enough for what I want.”

Roach too had the fight close, adding, perhaps oddly considering his suggestion of possible retirement for his fighter, that he “hopes so” when it comes to getting a rematch with Horn.

A rematch would be a big fight/event, perhaps taking place in Australia again. But if Roach does tell Manny to retire it’s unlikely Pac Man will fail to listen. It seems Pacquiao has two choices: take the rematch and then walk away, or walk away right now.