Last night in London, it was a case of sweet revenge for light-heavyweight contender Anthony Yarde. Back in December of last year, Yarde was outpointed by Arthur in their Commonwealth title fight. But last night it was a different story as Yarde put on a masterful performance. Dropping his rival in the fourth with blistering combinations to head and body, Yarde got the revenge win he was looking for. Arthur was able to climb off the canvas but he was soon rescued by the referee.

Yarde regained the Commonwealth belt and Frank Warren says his fighter will look towards a world title shot next year. Yarde is now 22-2(21). Arthur falls to 19-1(13) is losing for the very first time. 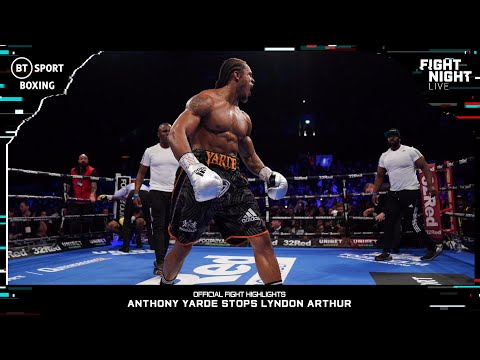 Yarde, at age 30, might be at his peak right about now. The Londoner looked brilliant last night and it was a one-sided fight right from the start. The decision loss to Arthur, called a “robbery” by Yarde, looked a million years ago. Now, Warren says Yarde will get a shot at the winner of the upcoming Joe Smith Jr Vs. Callum Johnson fight, for the WBO 175 pound title.

“That’s where he’ll be now, he’ll get the winner,” Warren said to Talk Sport. “It was a tremendous win. With Anthony, what you see is what you get. He is a true warrior and he did have a lot of problems, I know a lot of people had problems during Covid, but he lost two family members in quick succession and he had a few other problems. It’s the mark of the man to do what he did tonight against a real quality fighter. A guy ranked number one in the world and he went in there and did a job on him.”

Can Yarde now do a job on either Smith Jr or on Johnson? That one is a good fight in its own right but Yarde really did look special last night. The light-heavyweight division is buzzing right now and Yarde might be the best 175 pounder in the UK. Can Yarde now conquer the world? Judging things on his special performance last night, do not go betting against it. Yarde is fast, powerful and he is skilled. He is dangerous. 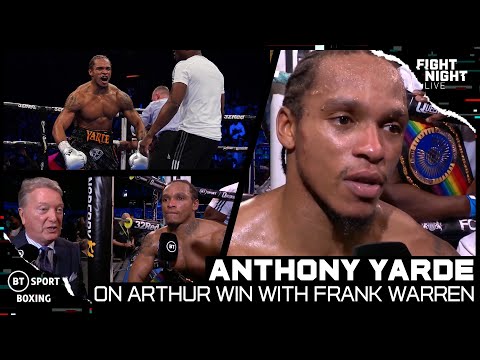