Anthony Joshua has shown class in defeat, AJ making no excuses for his tough loss at the hands of Oleksandr Usyk. Speaking at last night’s post-fight press conference, Joshua, who now has two defeats on his record, praised Usyk and gave himself credit for having come through “adversity.” Joshua, who was banged up around the right eye and admits he “couldn’t see from the ninth round on,” says last night’s loss was all part of learning and growing as a fighter.

Joshua believes he can get revenge over Usyk (and the rematch clause is in place) but the former two-time heavyweight champ also says he can still fight Tyson Fury, and/or Deontay Wilder “without the belts.” Joshua is right when he says these two fights would still be huge fights and he says he will fight “whoever – with or without the belts.” 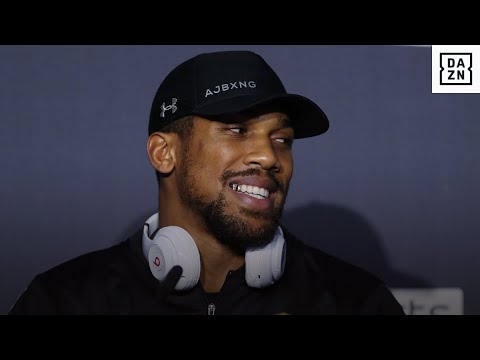 Joshua, as big a star as he is and as popular as he is, will always remain just that: a star; even if he loses the return fight with Usyk. And if Fury and Wilder are still fighting at that time, then yes, Joshua could still fight one or both of them in what would be a massive fight or fights. But right now, the main man is Oleksandr Usyk. Joshua, as naturally competitive as he is, HAS to try and get his revenge. Whether he can do it or not remains to be seen.

Usyk has shown us again that he is a very special fighter, and he says he can and will get even better. Can Joshua possibly improve to the extent that he ever gets the better of Usyk? It’s a tough road back Joshua has to walk down. But as he says himself, there are massive fights out there for him, belts or no belts.