Eddie Hearn says Anthony Joshua has accepted the offer to fight Tyson Fury, albeit on December 17th instead of November. Team Fury has already booked the Principality Stadium for that date, which Hearn says is “perfect” for Joshua.

Hearn says they want the rematch clause to have a reversed split of 60-40 in Joshua’s favor. Other than that, Hearn says he’s not sure if this is a trick to enable Fury to face a weaker opponent for the next title defense of his WBC belt. 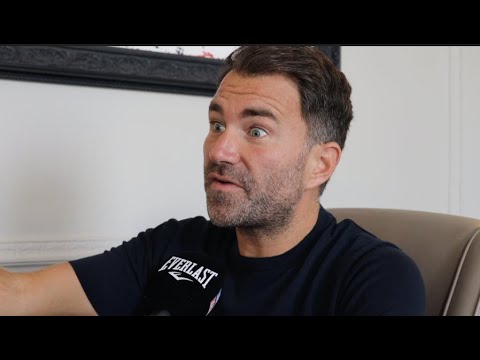 If Fury is playing a game, he’ll be letting down many boxing fans who are now excited about the idea of him facing Joshua (24-3, 22 KOs) next instead of one of the lesser-known contenders.

“They asked for a date at the beginning of November. I don’t know if that was a wind-up. I went back this morning and said, ‘We accept 60-40,” said Eddie Hearn to iFL TV about the Anthony Joshua vs. Tyson Fury negotiations.

“We want that reversed in the rematch. You’re the champion here, and you want the biggest split, which I think is fair. We want to do the fight in December.

“Interestingly, they have December 17th held at Principality Stadium. That’s perfect for us. That’s the date I think he [Fury] was going to fight Derek Chisora,” said Hearn.

We’ll see if Fury and his promoter are willing to agree to what Hearn is asking for in terms of the splits. From the way Hearn is talking, Joshua is on board with the fight and isn’t being difficult. 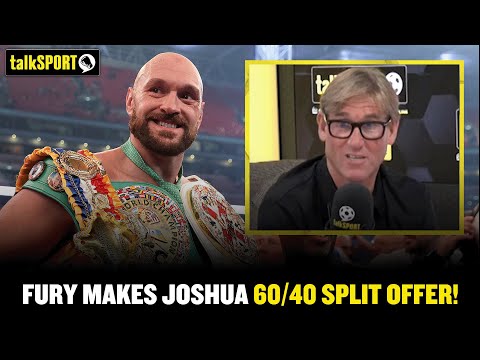 If this is a fake negotiation on Fury’s part, he could wind up the loser, especially if Joshua continues to lose fights. With Joshua having lost three out of his last five fights, you can’t be sure whether he’ll be able to get back on the winning track.

“There are a lot of people if they wanted to stage that fight in the spring, they wouldn’t want to see him fight AJ in December because it might slow down that undisputed fight or maybe they just wanted the fight,” said Hearn. 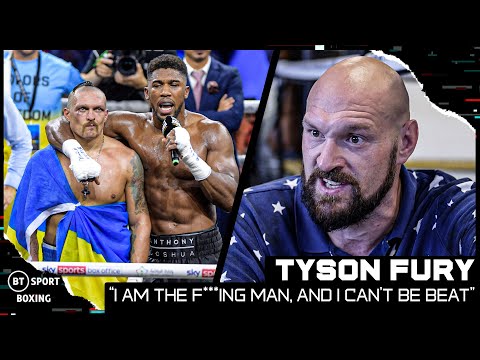