Andy Ruiz Jr says he’d like to return to his former trainer Eddy Reynoso if he defeats Luis Ortiz and faces unified heavyweight champion Oleksandr Usyk for his belts.

The former IBF, WBA & WBO champion Ruiz (34-2, 22 KOs) says he wants to get his belts back by fighting Usyk, and he feels that Reynoso, the coach for Canelo Alvarez, could help him.

Whether Ruiz Jr actually returns to Reynoso remains to be seen, as he has his own training facility that he purchased and his own team. It might be difficult for Ruiz to return to Reynoso when he’s already got his own gym.

It’s too early for Ruiz to talk about fighting Usyk and being trained by Reynoso. Ruiz still needs to defeat Luis Ortiz (33-2, 28 KOs) this Sunday night in their WBC title eliminator on FOX Sports PPV at the Crypto Arena in Los Angeles.

“Of course, because like I said, he has a lot of experience, and I would love for him to help me out to try and get those titles back. I think Eddy [Reynoso] would be a good trainer,” said Andy Ruiz Jr to Fight Hub TV when asked if he would return to his former coach Eddy Reynoso if he faces unified heavyweight champion Oleksandr Usyk.

“This is why we picked Luis Ortiz because we like challenges. We knew he was going to come in and be a dangerous fight. I did everything that I had to do. I trained really hard, busted my butt, sparring the lefties, and I did good.

“I can really box around and adapt to the lefties. I just needed to focus. Once you decide your going to do whatever it takes to be champion again, you’re going to do it.

“I said, ‘I’m going to open my own gym, have my own team and my own facility. That’s exactly what I did. That’s why I did all the hard work and busted my a** off, and that’s exactly why we’re going to get this victory,” said Ruiz Jr. 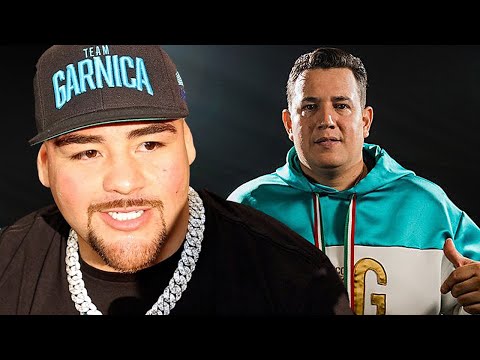