Fight fans the world over are saddened right now, this due to the passing of a genuine boxing legend – a fighter many rank as THE hardest punching heavyweight of them all. Earnie Shavers, who passed away just a day after his 78th birthday, provided numerous highlight reel moments.

Scoring an astonishing 68 knockouts during his 1969 to 1983 career (with two short-lived comebacks launched, one in 1987 and one in 1995, when Earnie was in his early 50s!), Shavers wrecked many a good fighter. 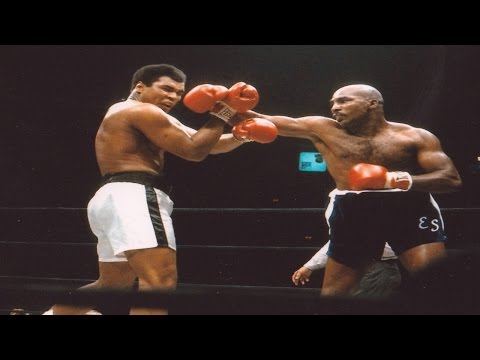 And it wasn’t just Shavers’ wins; he scored a number of memorable knockdowns in fights he ended up losing (see his brutal knockdown of the God-knows-how-he-got-up Larry Holmes, this in their second fight). And though Shavers was unable to drop the one and only Muhammad Ali when he challenged him for the crown in 1977, “The Acorn,” as Ali playfully dubbed the shaven-headed slugger, sure put plenty of hurt on the ageing Ali. Indeed, only Ali’s chin – this even more legendary than Shaver’s paralysing power – saved “The Greatest” that night.

But Shavers, one of the finest, most dangerous heavyweights never to have become world champion, scored a number of notable, and bone-chilling, KO’s during his up and down career.

This fight, readily available on YouTube, is almost impossible to believe. Something right out of a ‘Rocky’ movie, the Shavers-Williams war was savage, it was exhausting, and it would have been stopped around three times over had it taken place today. Shavers, always worried about his stamina, was also admittedly scared of Williams (as he later confessed when retired). Shavers and Williams fought on pretty much even terms for eight rounds and then, in rounds nine and ten, the fight turned into an absolutely jaw-dropping slugfest.

Both men were almost spent yet they kept hammering away. At times, Shavers looked to be totally out, held up only by the ropes. Then it was Williams’ turn. Finally, sensationally, “Tiger” collapsed in the tenth round, the wildest fight ever seen in many a year over. Shavers proved, among other things, that he could carry his power into the later rounds.

This win, that came against a still-learning, 7-3 Young, is notable because the stoppage defeat a raw Shavers managed to inflict on the slick and tricky Young marked the first of only two times Jimmy was ever stopped during his own long career. Shavers had been a pro for a little over three years (as had Young, but with Jimmy having had a whole lot less fights) and he was making noise as a big puncher. This result became far more notable, and far more respected, years later when we saw how good Young really, really was. In the return fight Shavers had with Young, Jimmy’s bag of tricks almost upset him, the two boxing a controversial draw in Landover, Maryland.

This one was just nasty. Hit as though shot by a gun, former heavyweight titlist Ellis went down in a heap, his equilibrium shot to pieces. Shavers, initially stunned by an Ellis right hand to the head, came back with a sizzling right uppercut to the jaw. Ellis’ head snapped, his brain rolled, and he landed on his back. Trying to get up, this on sheer instinct, Ellis found himself in a sitting position, before he fell onto his side. Ellis had taken a flush bomb on the chin from “The Puncher of the Century” and his odd bodily movements testified to how damaging this really was.

Norton may have been past his best by the time this fight came along, but the former WBC heavyweight champ was expected to have too much experience and knowhow for Earnie. Instead, Shavers scored the biggest, most notable KO of his career. Shavers came out fast, having Norton trying his best to cover up with his famed cross-armed defence. But Shavers’ relentless flow of hard shots proved to be too much. Norton, stuck on the ropes, was staggered by a big left hand to the head, before a crushing right sent him down.

Norton showed heart in getting to his feet, yet he was met by a vicious right uppercut to the chin and down the former champ went again. This time, referee Mills Lane had seen enough. It was all over in less than two-minutes. Would Shavers have done this to a peak Norton? Maybe so. And if Shavers had met Norton in June of 1978, instead of Larry Holmes getting the shot at Kenny, “The Acorn” would likely have been at the top of the tree.

Indeed Shavers ranks as one of the greatest heavyweights never to have become world champion.

Rest in peace, Earnie, and thanks for the memories. 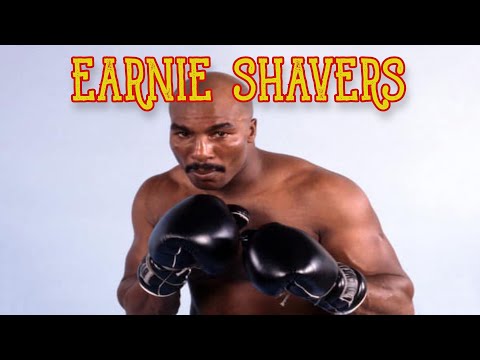 Shavers, the “Puncher of the Century,” passed away just a day after his 78th birthday. Fans, both shocked as well as saddened, have been paying tribute to “The Acorn,” as Muhammad Ali dubbed Shavers.

Shavers was indeed a truly ferocious puncher; his KO’s of Ken Norton, Jimmy Ellis, and Jimmy Young being X-Rated affairs. While Earnie’s losing wars with Larry Holmes and Ron Lyle are also legendary – to say nothing of Shavers’ “Rocky-like” slugfest with Roy Tiger Williams.

In short, Shavers goes down as one of the greatest never to have won a world title. Some experts say no man EVER punched as hard as Shavers punched. And Earnie was a truly nice guy.

As were the other two fine men who gave so much to the sport of boxing yet sadly left us today.