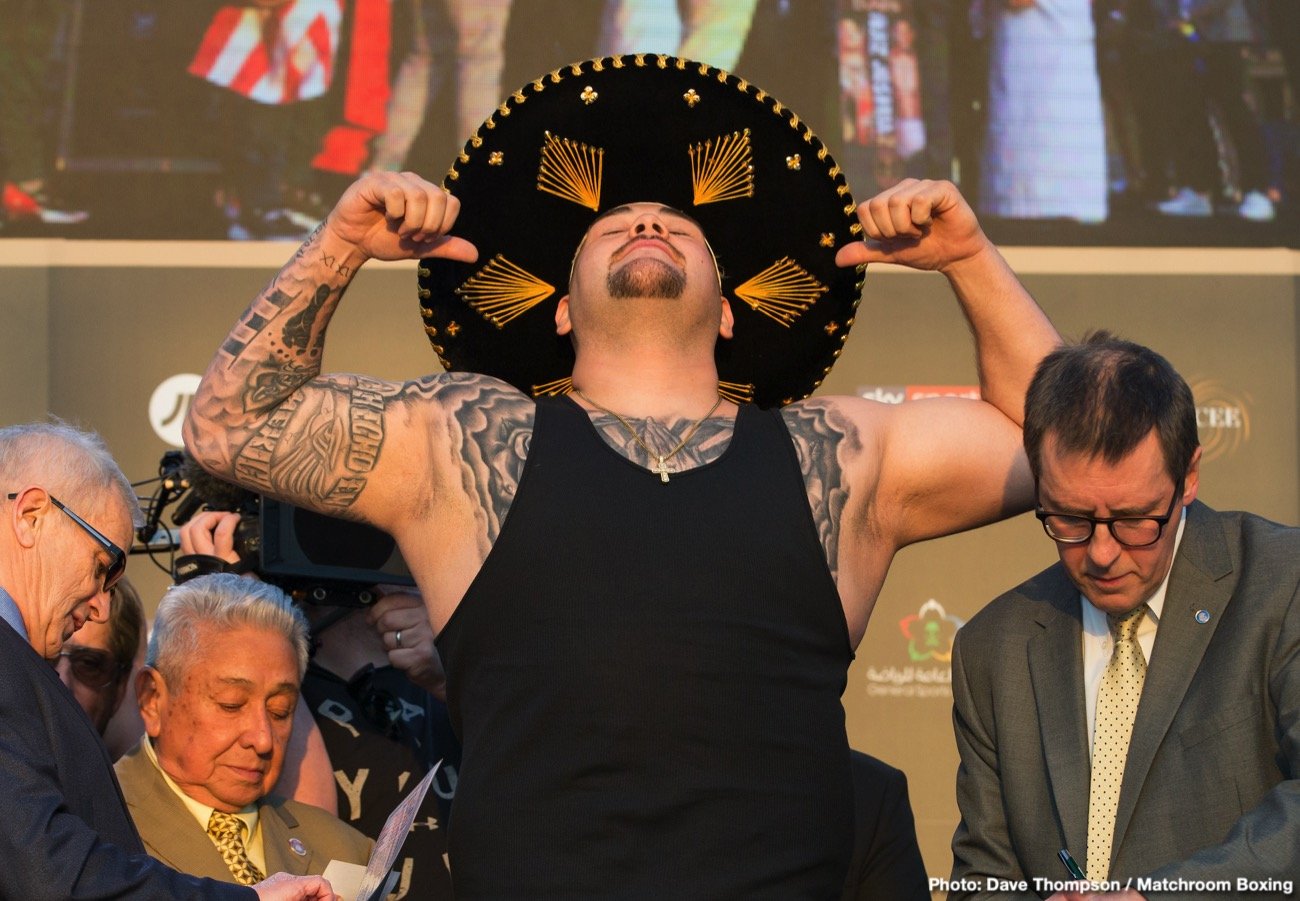 Andy Ruiz Jr is starting to look really trim and slimmed down with all the work that he’s been putting in over the last three months. The former IBF/WBA/WBO heavyweight champion Ruiz Jr (33-2, 22 KOs) posted a short workout clip of him on social media this past week, and he looks like he could down to the 240s now.

Ruiz looks nothing like the 283-pound heavyweight that lost to Anthony Joshua last December in Saudi Arabia. Andy has changed his appearance entirely with the work he’s been doing, and he appears to be serious about wanting to win back his titles.

Andy Jr could be battling Chris Arreola next

Ruiz, 31, could be facing former three-time world title challenger Chris Arreola in his next fight in September or October. The two were said recently to be in discussions for a fight. A win over Arreola should give Ruiz a boost up the rankings. If Andy can win two or three matches against contenders, he could get a rematch with Anthony Joshua.

Losing weight is essential for Ruiz because he was way too heavy for his rematch with Joshua last December, and he gave away his titles. While some boxing fans believe Joshua’s win was because of the movement he used, you have to look at Ruiz’s weight as the crucial factor for why he lost.

One of my favorite core workouts @fashionnovamen fashionnovapartner

If Ruiz continued to put in the same hard work he’s been doing for the last three months; he may end up weighing in the 230s. We won’t know that’s too light for Ruiz or not until he gets inside the ring with one of the top heavyweights. But looking at Ruiz’s physique now, he’s heading in that direction.

Could Ruiz Jr have beaten Joshua if he’d been lighter?

The million-dollar question is whether Ruiz could have changed the outcome of his second fight with Joshua had he come into it 30 to 40 pounds lighter at 240 or 250? Joshua’s movement wasn’t to the extent that Ruiz couldn’t have gotten to him had he been a lot lighter.

It looked to some like Ruiz was too heavy to cut off the ring on Joshua. Ruiz did get to Joshua repeatedly during the fight, but he lacked the stamina needed to let his hands go.

It would be strange if Ruiz trimmed down to the level that Chris Arreola is at, and it made him an entirely different fighter.