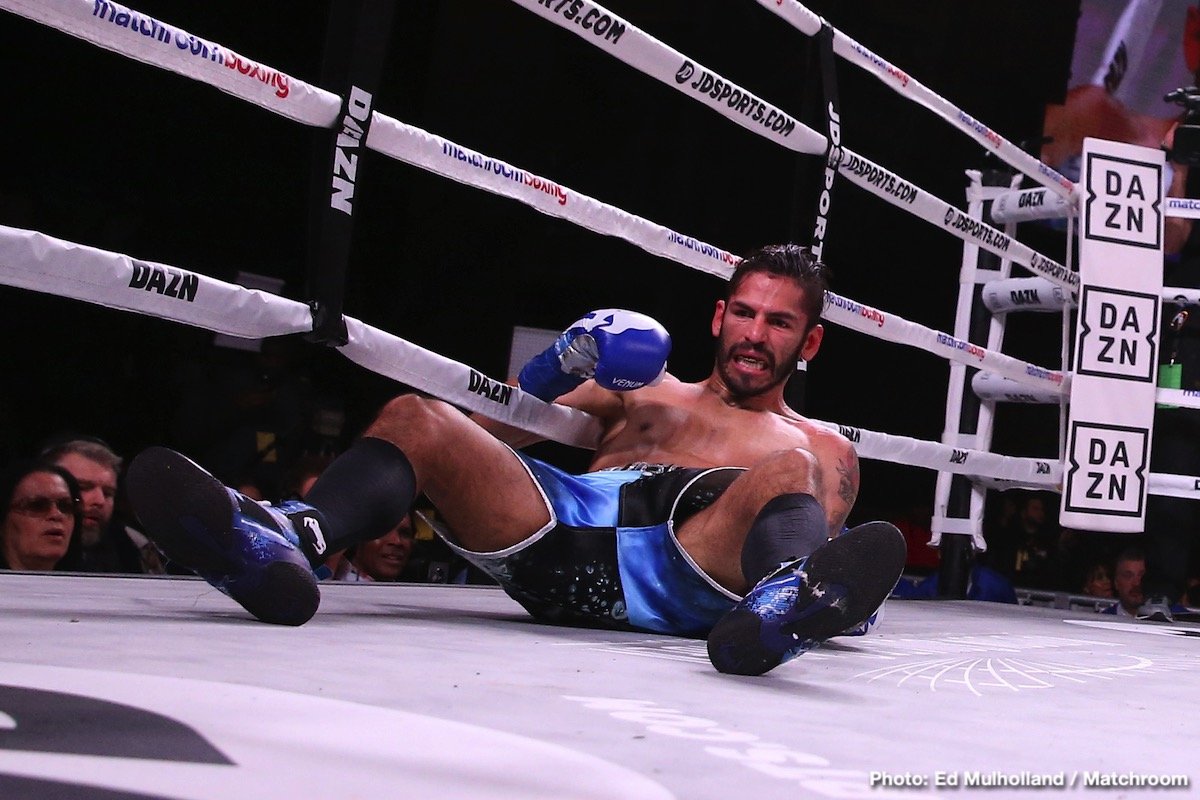 Below are quotes and official results from New York:

On tonight’s performance:
“I felt great, I displayed skills and how to use a hell of a jab for 12 rounds, baby. That’s it. I did what I had to do. I looked beautiful, I came out tall, black and handsome and I’m still. I look forward to getting in there with the best. Akavov moved, he used the ring real well. I wasn’t trying to force anything. The jab was working beautiful all night. At the end of the day, you put GGG in front of me and I am going to destroy him”

On tonight’s game plan:
“We wanted to display the jab and movement. Going to the body and slowing him down. He is a tough fighter, he came in here to win and do what he had to do but we just out-boxed him. That shit was beautiful.”

On his upset win:
“I am happy, I am very content. All of my career I have wanted a victory of this magnitude against a fighter of this caliber like Jorge Linares. And what better way to win it than in this fashion. Today in the best moment of my life and career, it was an honor to fight a three-time champion in Jorge Linares.”

On having an 11-month layoff last year:
“Well, I just thank God for the team around me and the people who give me advice to take a good rest. I appreciate it because it shows that it did me good.”

On a potential title fight with Maurice Hooker:
“Absolutely. We are Mexican. We are warriors and we are here to fight whoever.”

On the knockout loss:
“He surprised me with the big right hand. He had power in his punch.”

On fighting at 140 lbs.:
“It was so different. Five pounds is so different. But before at 135, I was feeling better but I moved to 140 because it was too hard to make. The weight is hard. His body is bigger. He has an amazing punch.”

On what’s next:
“I’ve got to think about it. I have to take some time and talk to my team to see if I should go back down to 135 lbs. or stay at 140 lbs. But most important is my health so I will take time and decide where to go next.”

On tonight’s performance:
“I was shaking off a bit of rust, coming off of a thumb injury. I was about a half of a second too slow on my counter punching but the main thing is I came here to defend my title for the first time and that’s exactly what I did. Every time I hit him, I felt I was hurting him. The main thing is we got the stoppage in the end and we are moving on now.”

On the cut from a clash of heads:
“It’s not a TJ Doheny fight without a cut. That’s only a scratch compared to the one I picked up in my world title fight. Every time I come out with scratches and bruises but that’s because I give it all in this ring. But I always want to give the fans a show and that’s exactly what I tried to do tonight.”

On unifying titles with WBA World champion Daniel Roman:
“That’s the fight I want next, that’s what we are all in it for. Danny Roman is a great fighter, he’s got the WBA. I’ve got the IBF. Let’s get it on. Eddie, you heard it. You got the order from the fighters (he and Danny in the ring together), let’s make it happen.”

On tonight’s performance:
“A lot of the things that I have been working on, I didn’t pull the trigger on. I am my biggest critic and this performance wasn’t my best. I got the win, I am moving on. I’ve got to take care of this eye which is a bummer. But honestly, I felt a little off today but it is what it is. You go back to the drawing board and look to come back better.”

On his conditioning:
“It wasn’t that I was tired. It was that everything that was happening led to a clash of heads and the eye was getting worse and worse. I want to make sure that I can come back and stay busy. This (eye) isn’t that bad so I should be able to come back soon. But I will get some much-needed rest and get a proper camp and get back.”

On what he needs to work on for his next fight:
“First and foremost, we need a longer camp. We have had two back-to-back fights in seven weeks. Coming off a camp with Daniel Jacobs, we need camps where we are focused on Chris Algieri. Camps where we are working on specifics.”

On a potential title fight against Maurice Hooker:
“The thing is I can turn it up when I need to. I’ve always been that guy who can prepare properly and pull off the unexpected. And that’s where we are looking to go from here.”

On tonight’s performance:
“I know, I can’t believe it was 35 seconds. I just wanted this so bad. Thanks to my trainer, he brings something out of me and it just rubs off on me. When I landed the body shot, I knew it hurt her. But after I landed that first punch and saw her back up, I knew I was going to go through her.”

On if she will seek a title in an eighth weight division:
“Seven is good, I want to keep this belt for a little while. I want to defend it against the ‘so-called’ real champion. But she saw what I did to her buddy here so she might not take the fight.”

On a potential fight with Katie Taylor:
“When that fight comes, I hope she is ready for it. Right now, I have other sights in mind.”

Boxing on DAZN returns next Saturday, Jan. 26 from the Toyota Center in Houston when WBO Junior Middleweight titlist Jaime Munguia defends his belt against Takeshi Inoue in the first Golden Boy Promotions event of 2019.