Alexis Rocha (19-1, 13 KOs) came on strong in the later rounds with his heavy pressure to stop the charismatic welterweight Blair ‘The Flair’ Cobbs (15-1-1, 10, 10 KOs) in the headliner on Saturday night at the USC Galen Center in Los Angeles, California.

Rocha hammered a badly hurt Cobbs with right hands in the ninth round, causing the referee to step in and stop the fight. In the eighth round, Rocha knocked Cobbs down with a right hand to the head. 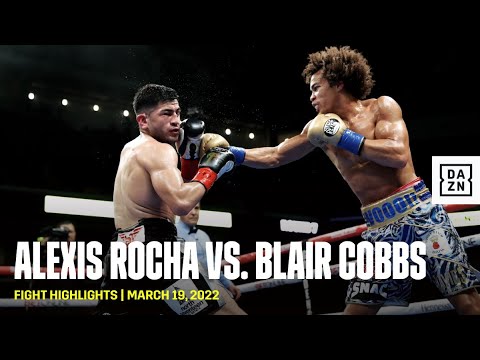 Welterweight Michael McKinson (22-0, 2 KOs) outworked substitute opponent Alex Martin (17-4, 6 KOs) in winning  10 round unanimous decision in a technical contest in the co-feature bout on the card.

McKinson, who was originally scheduled to fight Vergil Ortiz Jr in the main event, had to adapt on the fly to Martin’s stationary style. Once McKinson figured Martin out in the later rounds, he was able to win going away. The judge’s scores were 97-93, 98-92, and 99-91.

Light heavyweight Bektemir “Bek The Bully” Melikuziev (9-1, 7 KOs) looked like a beast tonight in taking out David Zegarra (34-8, 21 KOs) in the second round with a tremendous shot to the midsection.

After an uneventful first round, Bektemir came out on fire in the second round stopping Zegarra with a body shot in the second. The contest was stopped at :30 mark.

Bektemir picked up his second consecutive win since losing to Gabe Rosado last year. Tonight, Bektemir wasn’t as wreckless as he was against Rosado, and that was the difference.

In round two, the heavy-handed Rincon unloaded on Sanchez, knocking him down twice with hard hooks to the head After the second knockdown, the referee stopped the fight at 1:44 mark.

Bantamweight John Ramirez (9-0, 7 KOs) boxed his way to a six-round unanimous decision over Roberto Pucheta (10-21-3, 6 KOs). Pucheta tried his best, but he couldn’t deal with the boxing ability of Ramirez, who won by the scores 60-54 x 3.

Light welterweight Alejandro Reyes (7-0, 4 KOs) had to deal with a massive amount of fouling from his tough journeyman opponent Daniel Evangelista Jr (20-13-2, 16KO) in winning a six-round unanimous decision. The scores were 60-51 x 3.

In the third, Reyes planted Evangelista on the canvas with a series of hard shots.

Evangelista then went old-school, roughing up Reyes, losing a point for a punch to the back of the head in, and then later hitting on the break. It’s unclear whether Evangelista was trying to get fouled out intentionally or if this was his way of competing.

Lightweight Dalis Kaleiopu (2-0, 2KO) massacred Manuel Lara (2-8) by a fourth-round knockout. Kaleiopu had Lara down two times in the first, and another time in the fourth before it was halted. 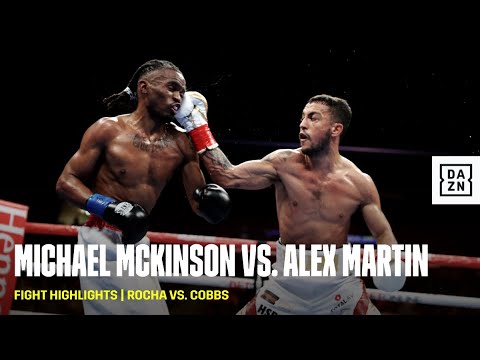 Rocha (18-1, 12 KOs) and Cobbs (15-0-1, 10 KOs) had their originally scheduled chief support bout moved into the main event after welterweight Vergil Ortiz Jr. pulled out of his fight with Michael McKinson this week.

It’s unlikely that Cobbs will win his fight tonight, though, as he’s facing a quality fighter in Rocha, and he’s over his head in this one. In terms of boxing ability, Rocha is the guy with the talent, and the one Golden Boy is actively pushing.

What Cobbs has going for him is his ability to market his fights with his self-promotional skills. Compared to Rocha and many of the elite welterweights, Cobbs is light years ahead of them.

It’s too bad that Cobbs’ talent doesn’t match his showmanship because he’s someone that could go far in the sport if he had some ability. In hindsight, Golden Boy should have continued to match Cobbs against lesser opposition to build him up in a Jake Paul move before cashing out.

Putting Cobbs in with Rocha tonight will end the hype drain for Blair The Flair, ruining whatever chances he has of making big money.

Rocha is a good fighter, but not in the same class as the talented young welterweights like Jaron Ennis, Vergil Ortiz Jr, or Conor Benn.

With that said, Rocha will likely easily win tonight, but the fight won’t tell us anything because he’s facing a second-tier prospect and not one of the quality welterweights.

“They know Blair The Flair is the real deal, and that’s why they don’t want it,” said Cobbs to Fighthype. “That’s the problem with boxing. We need fighters taking gambles, taking risks. That’s why I called him out,” said Cobbs about him calling out Jaron Ennis. “F*** it, I’ll fight him.

“Maybe the fourth of July. I want it to be a big attraction, and that’s if it’s even possible. We have a lot going on between PBC, DAZN, and, of course, people not wanting to take the fight in general. We got to keep working on our craft and moving up the ladder.

“We’re dealing with all these other things that have nothing to do with what we actually do. We’re fighters. We get in and we fight. It’s about the big attractions and bringing the big names to the actual people.

Welterweights Alexis Rocha and Blair ‘The Flair’ Cobbs bump heads tonight on DAZN in the headliner at 9:00 p.m. ET on DAZN at the USC Galen Center in Los Angeles, California

This is a big opportunity for Cobbs and Rocha to display their skills to the boxing public in this Golden Boy promoted card on DAZN.

“We need the big attractions to the people. Boxing needs this fight to happen,” said Cobbs.

“I’m looking for big fights, so it’s got to be a great attraction, and bring home a lot of big money, big attraction and big views,” said Blair Cobbs to Tru School Sports on what he’s looking for after he beats Alexis Rocha tonight.

“If it brings that, I’m willing to get it on. Why not? Knock off one of the young fighters and go on and go about my business,” said Cobbs. “It’s not like I haven’t done it already.

“I’ve already fought young undefeated fighters that were supposed to be on the top-tier level. We already done it, so I’ve already been there. These young fighters haven’t been tested yet. What happens when Blair The Flair gets in there?”