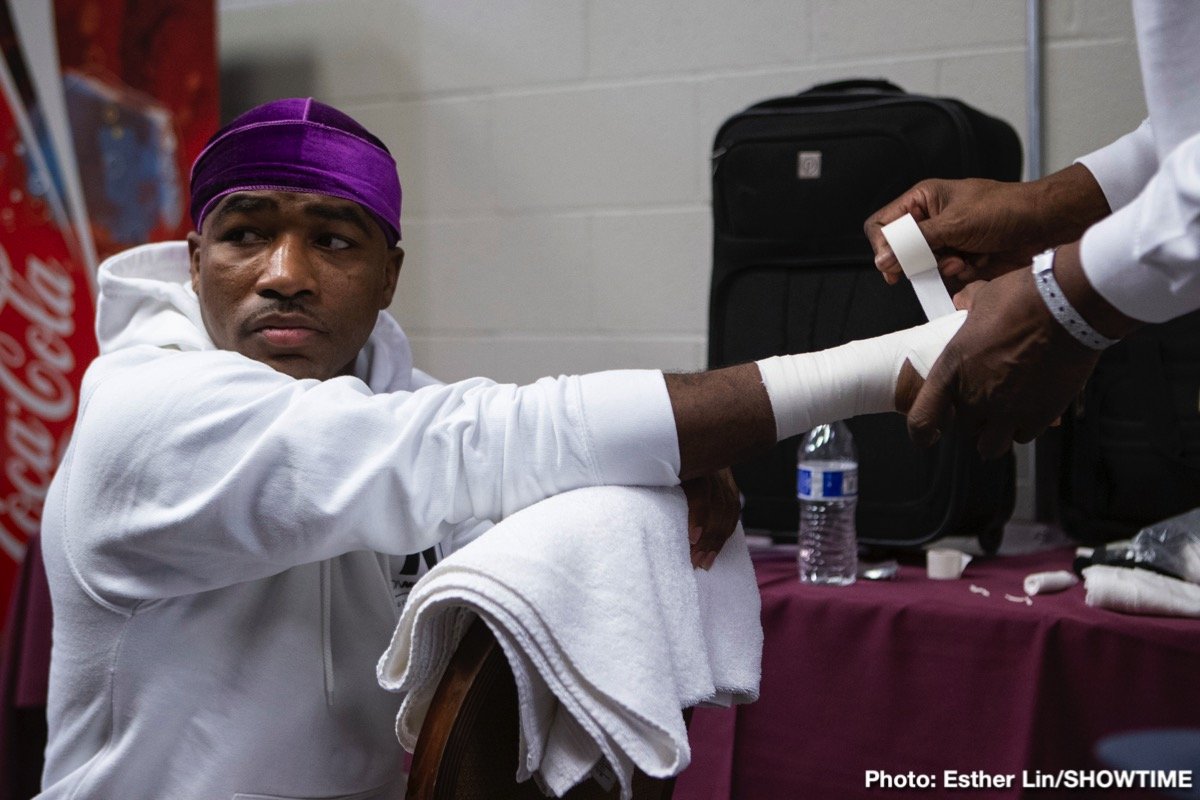 Adrien Broner was reportedly arrested for DUI last Friday night in Miami Beach, Florida. TMZ broke the news of the 30-year-old Broner being arrested. The former 4 division world champion Broner (33-4) was arrested at 8:45 p.m. last Friday night. he was then taken to the station to be held until early Saturday.

Broner has had numerous problems outside of the ring that he’s been dealing with since 2016, and last night DUI is just another episode of his continuing issues.

At this point in Broner’s boxing career, you have to wonder if his days of being a useful B-side opponent are over? To be a good B-side guy, you need to win occasionally, and Broner hasn’t won a fight in years.

It’s been three years since Broner last won a fight in beating Adrian Granados by a highly controversial 10 round split decision on February 18, 2017, in Cincinnati, Ohio. That fight took place in Broner’s hometown, and many boxing fans felt that he was given the decision based on him being the A-side and fighting at home.

The last clear win for Broner without controversy was a 9th round knockout of then 35-year-old Ashley Theophane in April 2016. That was four long years ago, and since then, Broner’s career has been in a freefall to the bottom. He’s lost to Manny Pacquiao and Mikey Garcia, and he controversial 12 round draw against Jessie Vargas. A lot of fans thought Broner deserved a loss against Vargas as well.

Many years ago, Broner was seen as a protege of Floyd Mayweather Jr., and he was viewed as someone that would follow in his footsteps to become a big pay-per-view star after he retired from boxing. In the first seven years of Broner’s career as a professional, he captured four-division world titles. and it looked like he was headed towards superstardom. But even then, Broner was criticized for the opposition he fought to win his world titles. He didn’t fight the best in each of those four weight classes to become a four-division world champion.

Here are the guys Broner beat to become a four-division world champion:

While it is an accomplishment for Broner to have captured 4 division world titles, it’s hard to ignore the level of opposition he faced to accomplish that feat. Broner obviously isn’t the first fighter to accumulate a lot of world titles facing less than the best, but he’s been maneuvered well by his handlers to be put in position for those opportunities.