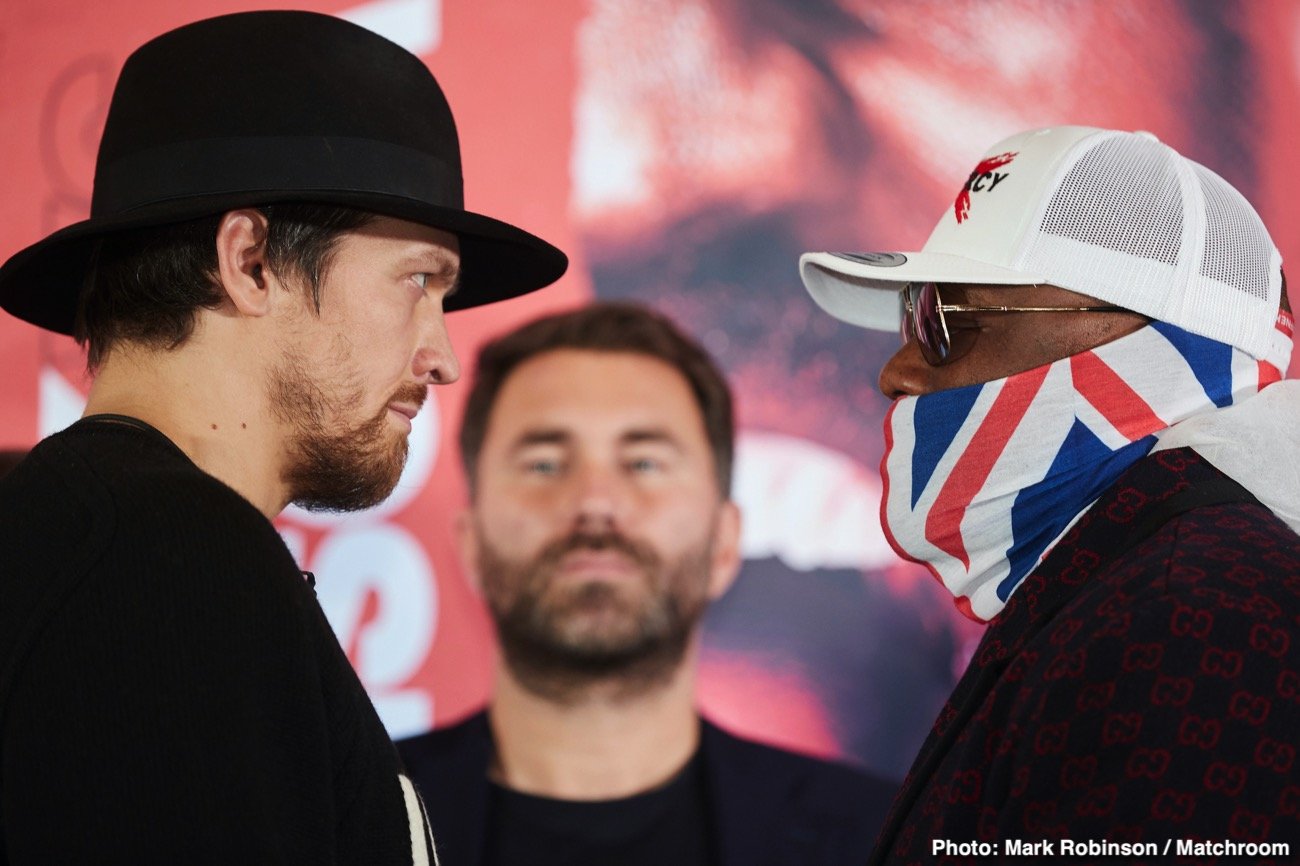 “Good afternoon everyone. Thank you for making it to central London today amongst the madness. We are all systems go, May 23rd, O2 Arena, huge huge Heavyweight clash between WBO No.1, the Mandatory Challenger for the Heavyweight Championship of the World Oleksandr Usyk against Derek ‘WAR’ Chisora.

“As I said, May 23rd O2 Arena, Sky Sports Box Office, DAZN across America as well, and we can’t wait for this one. It’s been a fight that was brewing for a long time, in fact, Alex Krassyuk just said to me ‘you owe Usyk a drink for not going on March 28’. We might have had a major problem, but just under eleven weeks away, we’re confident this fight is going to go ahead with no problems at all.

“We had presale yesterday with The O2, it was sensational, we had Matchroom FightPass today, and we have General Sale at The O2 Arena tomorrow. Before we speak to the fighters and speak to the teams, I’m going to pass over to Sky Sports’ Head of Boxing Development Adam Smith.” 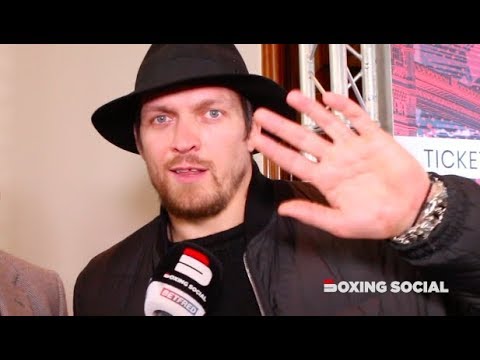 “This is a fantastic fight on May 23rd in London, it’s been a long time coming. Derek Chisora has had a rejuvenating time in the last couple of years. Him, David and his team really fancy this massive fight. Oleksandr Usyk, it’s been punch-perfect throughout his entire amateur and professional career. A wonderful fighter and an amazing Cruiserweight, Unified the belts and a fantastic victory over Tony Bellew.

“He’s dipping his toes into the Heavyweight division, now he goes in with a real genuine, tough, strong fired up Heavyweight in Derek Chisora. I think it’s a mouth-watering match, I think it’s got a bit of everything. We will learn so much more about Oleksandr at Heavyweight. I think we’ll know if Derek Chisora can get that World Title shot. He’s still around and he’s still firing. Fantastic times for Heavyweight boxing and another wonderful match.”

“I am very happy to be back here and I really hope that this fight will take place. He’s a really big guy and he hits hard. I will train hard and I will be in the best shape for this fight and I tell you once again, I love boxing very much, I love to box.” 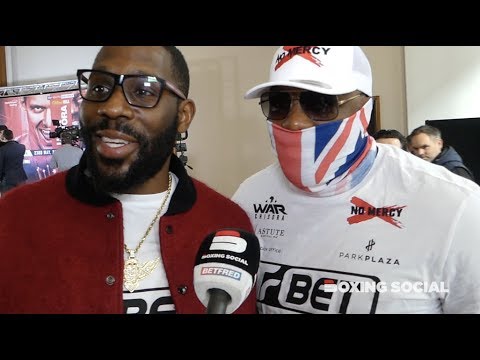 “Now we are back in the UK, it’s time for the Heavyweight challenge. Many people say that Derek Chisora is probably the best option for Usyk to test himself in the Heavyweights, which I do agree with. The thing I disagree with is that people say it’s going to be an easy fight for Usyk. I don’t think so. I think it’s going to be probably one of the biggest challenges of his career.

“Derek knows how to box, he knows how to move, he knows how to punch. The good news is Usyk knows how to do this as well. We all expect a great fight on May 23rd and as soon as Usyk completes his task with Derek Chisora, being Mandatory for the WBO will all expect this year he will face ‘AJ’. I think it’s going to be sold out. Hopefully, nothing can stop this fight from taking place. We all pray for that.”

“He’s coming up from Cruiserweight, he did everything that is possible to do in the Cruiserweight division. This island holds all of the Heavyweight belts right now. That’s why we’re here, digging. Of course, now he needs to face a tough opponent, and Chisora is a good fighter with big experience and that’s why we decided to go down that road.” 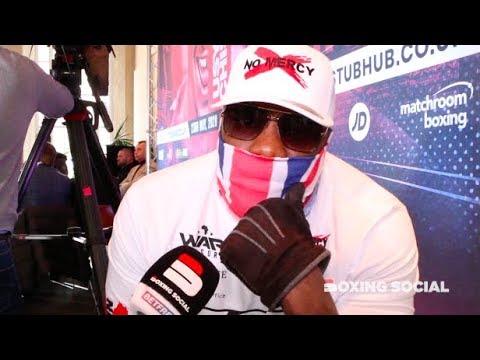 “I want to thank Oleksandr for taking this fight. I am fighting one of the best fighters out there! The guy knows how to box and I can’t get sparring partners who can box like him. I will chuck whatever I can chuck. And I want to take his golden ticket and I want to take what he has and make it mine. I think the way he wins this fight is by knocking me out but that is not going to happen because I am going to keep coming. I am so chuffed about this fight.

“The guy has good foot movement and If I box his way he is going to win it. I just need to land a couple of punches to slow him down and it is going to be an exciting fight. And I am ready to go! I will step in them ropes, bite down on the gumshield and catch this man.”

“I think this has worked in Derek’s favor, the fight being pushed back, as it has given him an opportunity over the six month period to consistently train. We’re not talking training so he will be burnt out come fight night but periodic training. We are working on his engine, his punch quality and week by week he has improved. He has looked so good that we had to give him a vacation!

“And he has done his first spar and we now have ourselves a situation with an exceptional Cruiserweight, perhaps even the best ever moving into a division where he hasn’t done anything yet. He touched on it as an amateur, but that is long-range and about boxing skills.

“Derek isn’t going to try and outbox Usyk, he is going to drag him into a dogfight from the first bell. I feel he is brave enough to hold his feet because he feels he is significantly better than Derek but he is going to be in there with a completely different animal.

“Sometimes skills can be overridden by size, heart, and desire. I don’t feel that Usyk has been in a rough fight which he will be in on May 23rd. We are going to cause a massive upset and I feel that Usyk has miscalculated Derek heading into this fight. who would have thought that Derek would have been in the ring with a pound for pound king in Usyk a couple of years back? Usyk does not realize what Derek is about! His coach will not allow him in sparring to do what Derek will be doing to him with 10oz gloves on. This will be a special fight.” 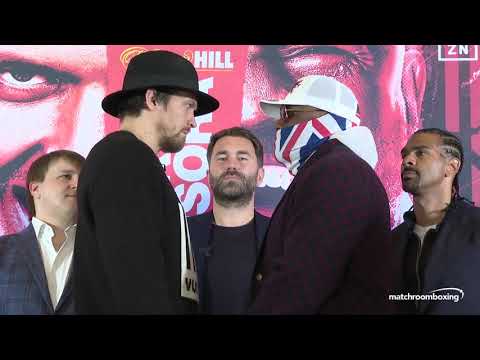 General Sale tickets will be available to purchase from midday on Saturday, March 14 via StubHub (www.stubhub.co.uk), The O2 (www.theo2.co.uk) and Matchroom Boxing (www.matchroomboxing.com).