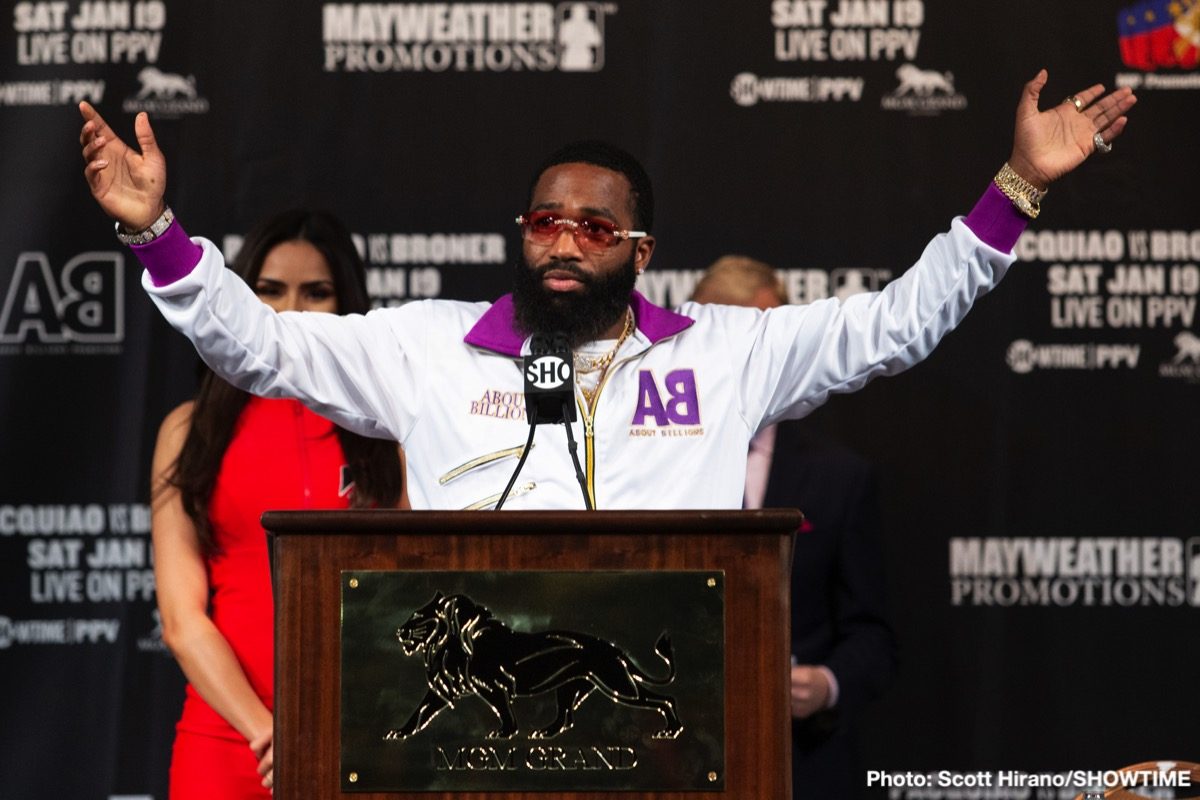 He’s at it again. In an effort to gain attention, affection or who knows what else, “The Problem,” Adrien Broner (surely the most apt of all current boxing nicknames) has announced his retirement from the sport. Again. It was just over a year ago, back in June of last year to be exact, that Broner announced he was quitting boxing, that it “was over.”

Now, saying he is “done with this s**t,” Broner, has again taken to social media to announce he’s through. Of course, next to nobody believes him.

“Boxing is a lonely sport. I’m done with this s**t, give me a brick and let me turn it in to 8 with some phyt,” Broner wrote today.

Your guess is as good as anyone’s what this oddly written message actually means. Broner, last seen losing a wide decision to an amazing well-preserved Manny Pacquiao, has had his out of the ring problems and who knows if he has lost the urge to fight again. Of course, Broner did fight again after previously announcing his retirement, so he may well do so again.

Broner, a four-weight champion who is still young enough at age 30 to make additional big-fight money, is very likey to box again, perhaps next year, yet at the same time, we never know with this guy. If Broner, 33-4-1(24) boxed his last fight in the loss to Pacquiao, would you miss him? More than a few fans and experts say Broner is about done at elite level anyway – Broner not having won a fight since February of 2017. And let’s not forget that Broner lost the big fights of his career – to Marcos Maidana, Shawn Porter, Mikey Garcia and Pac Man.

Who knows what Broner will do with himself when he does actually hang up the gloves. Maybe he can turn his crazy life around and find peace, maybe not. But for now, if he does change his mind (if he was/is indeed serious with the retirement thing in the first place) can Broner possibly become a world champion again?

Most fans would likely bet against it, but against Pacquiao, although he failed to get a win, Broner actually boxed well in some rounds (later stating how he was robbed of a win!) Is there still time for the man who is arguably the single most controversial fighter in the sport today to get his act together full-time?