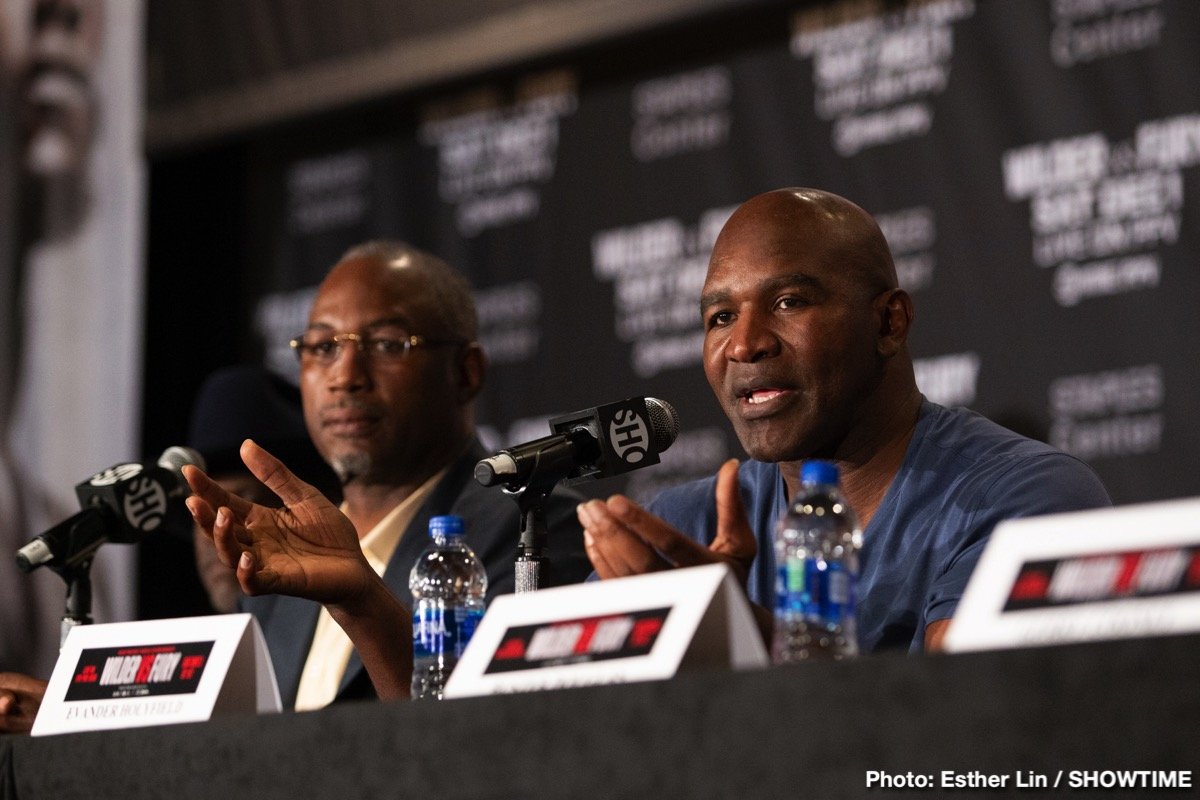 There may never have been a night quite like it. 35 years ago today, inside a full Madison Square Garden in New York, six of the very special young boxers who helped make up the all-conquering 1984 Olympic squad in Los Angeles went pro. Those in attendance at the card given the tag-line “A Night of Gold” saw no less than five future world champions in action; two of them future all-time greats.

Olympic gold medal winners Pernell Whitaker, Meldrick Taylor, Tyrell Biggs and Mark Breland punched for pay for the first time (and quite a substantial amount it was, former five-time N/Y Golden Gloves king Breland picking up the highest payday), while silver medallist Virgil Hill and bronze medal winner Evander Holyfield also got the star treatment. All six fighters won, with Whitaker, Taylor and Hill getting quick stoppage wins and Holyfield, Breland and Biggs each having to settle for a decision win.

The quest for professional gold had begun.

As fans know, Holyfield; who was the first of the six men to win a world title, at cruiserweight, before going on to rule the heavyweight division, and Whitaker; who many experts say was the finest lightweight in boxing history, are true greats, of the all-time variety.

Breland, arguably the finest amateur boxer America ever produced, fell short of his stunning potential at world level. Taylor, too brave and gutsy for his own good, is best known for being “two seconds from glory,” this line coming after his brutal (in more ways than one) and controversial stoppage loss to Julio Cesar Chavez. Hill won the light-heavyweight title twice along with a cruiserweight belt, the number of defences Hill made totaling 20.

It was left to Biggs to cause the biggest disappointment, failing to win a world title, but then Biggs did have to face a peak Mike Tyson. Biggs was at one point thought to be the most promising of the six gifted fighters, only for drugs to seriously affect Biggs’ chances.

So who was the finest fighter of the six overall? Taylor had true greatness in him, as, arguably, did Hill (he, like Taylor losing the biggest fight of his career, to legend Thomas Hearns), while Biggs was overall a bust at pro level (though he did show genuine heart, overcoming both a savage cut and a broken collarbone to win two of his early pro bouts). Breland, today a fine trainer, also came up short at pro
level.

This leaves two incredible fighters and it’s up to the fans to decide who was the best: “The Real Deal” or “Sweetpea.” A tough decision to make for sure, both men achieved so, so much. The nod here goes to Holyfield – just. Ironically, Holyfield was only able to secure a bronze medal in ’84, due to controversial reasons. Evander more than made up for this disappointment as he went to war many times in the pro ring.