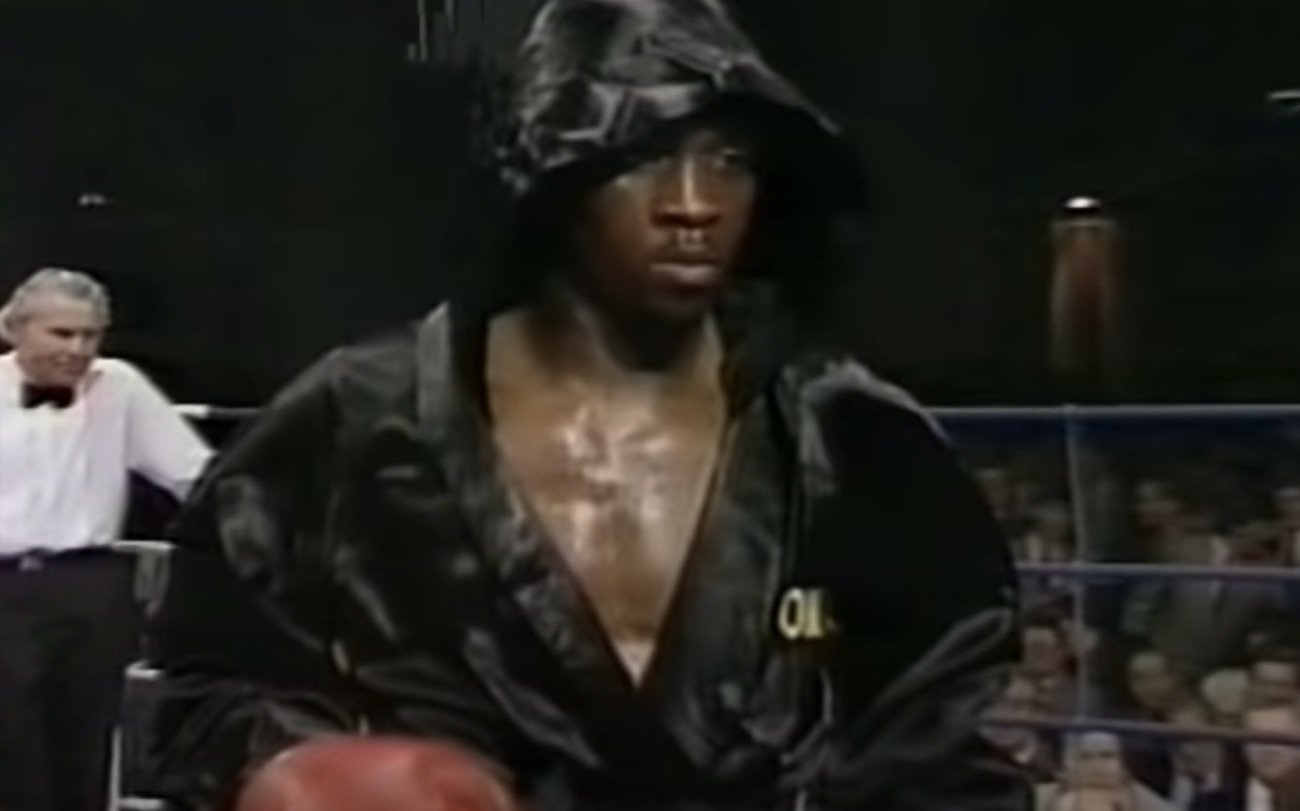 30 years ago, Britain’s Nigel Benn scored one of his most thrillingly quick wins at world level. Benn, making the first defence of his newly won WBO middleweight title, met the seasoned, tough and dangerous Iran Barkley. What followed in Las Vegas was a three-minute fight crammed with drama and plenty of controversies.

Having won the belt with an impressive eight round stoppage of the always-tough Doug DeWitt, “The Dark Destroyer“ signed up to put it on the line against “The Blade.” This was no easy first defense for Benn, but going into the bout Barkley had a serious problem. He had needed surgery on his left eye after his fight with Michael Nunn (a losing effort for the IBF middleweight title) a full year before. So not only would he be ring rusty against Benn, the former conqueror of the great Thomas Hearns would also be participating in his first fight since having undergone treatment for a detached retina. A tune-up bout would certainly have been a good idea for the 30-year-old.

The fight turned into a disaster for Barkley almost immediately. Before the sound of the first bell had even faded, he was knocked down in his own corner by a devastatingly quick attack from the champion. The former middleweight king bounced back up straight away, having clearly been surprised by the swiftness of the onslaught. Then Benn clipped him with another punch before referee Carlos Padilla could get in to administer the mandatory eight count. Once the action resumed Barkley was under fierce pressure again as Benn, 26 and at his peak, was slinging absolute haymakers in an effort to spectacularly finish the fight at the moment. Benn’s eagerness gave Barkley a chance and, showing incredible grit, the older man came back with his own shots. The fight had turned into a slugfest and now it was Benn who had to take some hurt.

Benn was badly stunned by two left hooks from his challenger and driven across the ring into the ropes. Somehow, though, he survived and came back at Barkley, decking him for a second time – this time in ring center – with a crunching left of his own. Then, while the former gang member was still down, Benn hit him with an illegal right hand. Barkley’s fans were not happy.

At the very least, Barkley should have been given time to recover, but referee Padilla gave him nothing, not even appearing to warn Benn with any severity. The bout resumed once more and Barkley was quickly down for the third time, and although he was again up very quickly, this time the fight was stopped on the three knockdown rule. Then the arguments started. Barkley was definitely hurt, but he wasn’t out…should he have been stopped?

After the fight, Barkley’s manager, John Reetz, protested and said he would file a complaint to the Nevada State Athletic Commission; while Barkley demanded a rematch, all to no avail. Despite the controversy, Benn had scored one of his biggest career wins. The fight that took place 30 years ago also ranks as one of the best “away” wins for a British boxer.