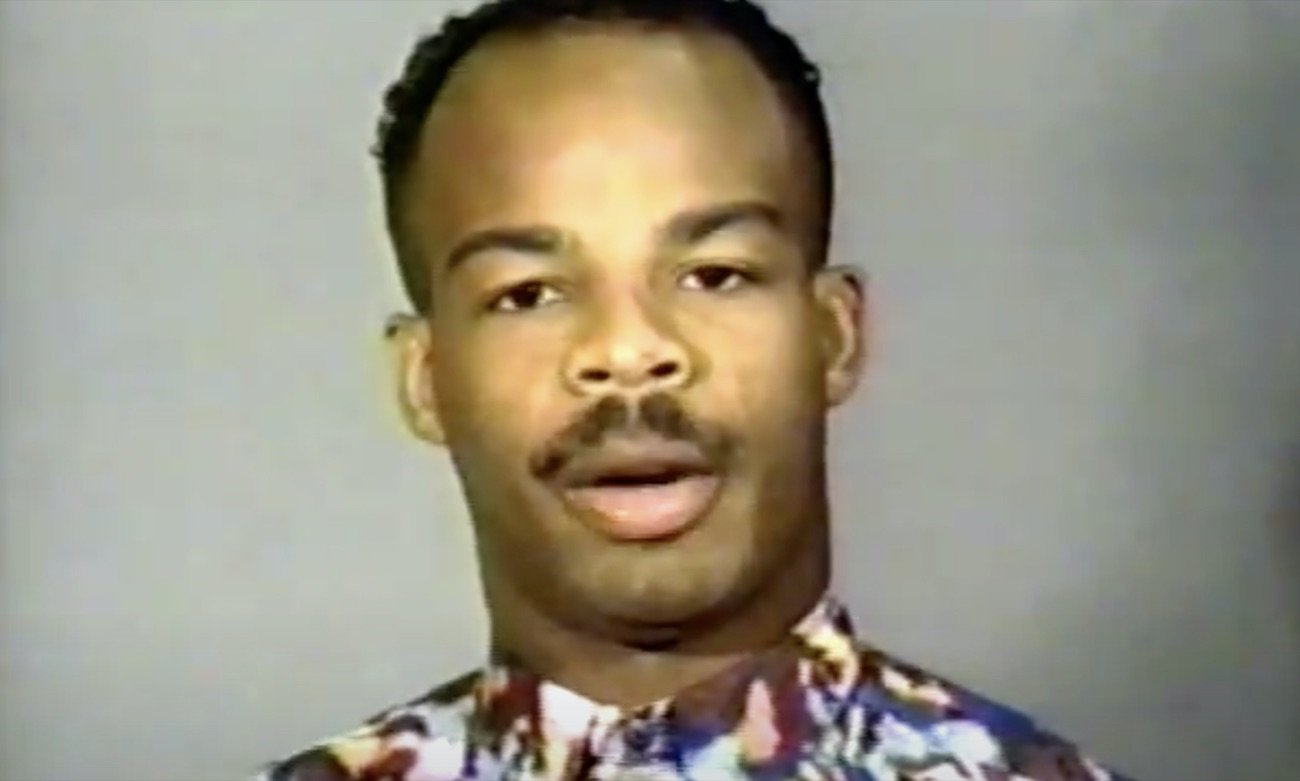 Smith never had an amateur career. Instead, whilst sat watching a fight card in his hometown of Oklahoma City, Smith stepped in on (incredibly) short notice when a fighter dropped out. Smith took the fight, had 15 minutes to get ready, and he was paid the princely sum of $50. Smith dropped a four-round decision but he was hooked on boxing. The amazing adventure the sport took him on is the stuff of (urban) legend.

Okay, more often than not Smith’s quality of opposition was not anything like world-class, with plenty of his opponents having losing records, some even having their pro debut against him. But Smith could really fight, and he could really punch. This was proven when Smith won over a big name; as he did in 1990, when he iced “The Gifted One,” Kirkland Laing in a rare fight outside of America. Smith flattened Laing (who once beat the great Roberto Duran) in the seventh round.

Smith also beat 1988 Olympic gold medal winner Robert Wangila in 1991, having lost a close decision to Wangila in 1989. Smith dropped Wangila in the first fight yet a lack of finishing experience allowed Wangila to recover. In the rematch, Smith banged his man out inside two rounds. Both fights took place in Las Vegas. Usually, in fact almost always, Smith would fight at home in Oklahoma, but he would also drive many miles to fight in places like Kansas, Nebraska, Memphis, Indiana, Iowa and New York.

With his manager, Sean Gibbons at his side from the very beginning, the two making the trip to a fight in Buck’s trusty Honda Civic (“we told each other great, great stories on the trips,” Smith would recall for Doghouse Boxing years later), Buck fought for a living. Very rarely did Smith engage in a long training camp, sparring also a veritable rarity. Buck’s logic was, why not fight, learn, see the country and get paid for it! Smith was the ultimate 9 to 5 fighter, he punched opponents, and got punched himself, instead of punching a clock is all.

There are an oddly high number of no-contests on Smith’s official ring record (his jaw-dropping 181-20-2(120 KO) record having 25 no-contests) and Buck often fought the same guy more than once – his five-fight series with Reggie Strickland for example; Smith winning each fight on points (Strickland being another incredible journeyman, finishing up with a record of 66-276-17(14) with 4 no-contests!)

Smith sometimes got a fight on ESPN, but other than that there is little footage available of him. And the fights of Buck’s you can find on YouTube are mostly his losing efforts – when he stepped up to face Julio Cesar Chavez, Kevin Pompey, Buddy McGirt and Mark Breland. Smith and Pompey had a great fight, with both men hurt, but in the end, Pompey won the decision. This was the closest Smith got to challenging for a world title, for if he had beaten Pompey a shot would likely have been his.

Smith’s amazing work rate would slow a little soon after the loss to Pompey – although he did have over 30 fights in 1993 – with Buck having “only” 14 fights in 1994 and a mere 15 bouts in 1995. Smith fought on until 2009, when he was stopped by the far too big Damon Reed up at cruiserweight. Unfortunately, Smith was winless in all but one of his last 18 fights.

He is no Hall of Famer, he was never even a world title challenger, but Buck “Tombstone” Smith was one truly amazing fighter. One day, maybe someone will write a book about him or make a film of his life and fascinating times.