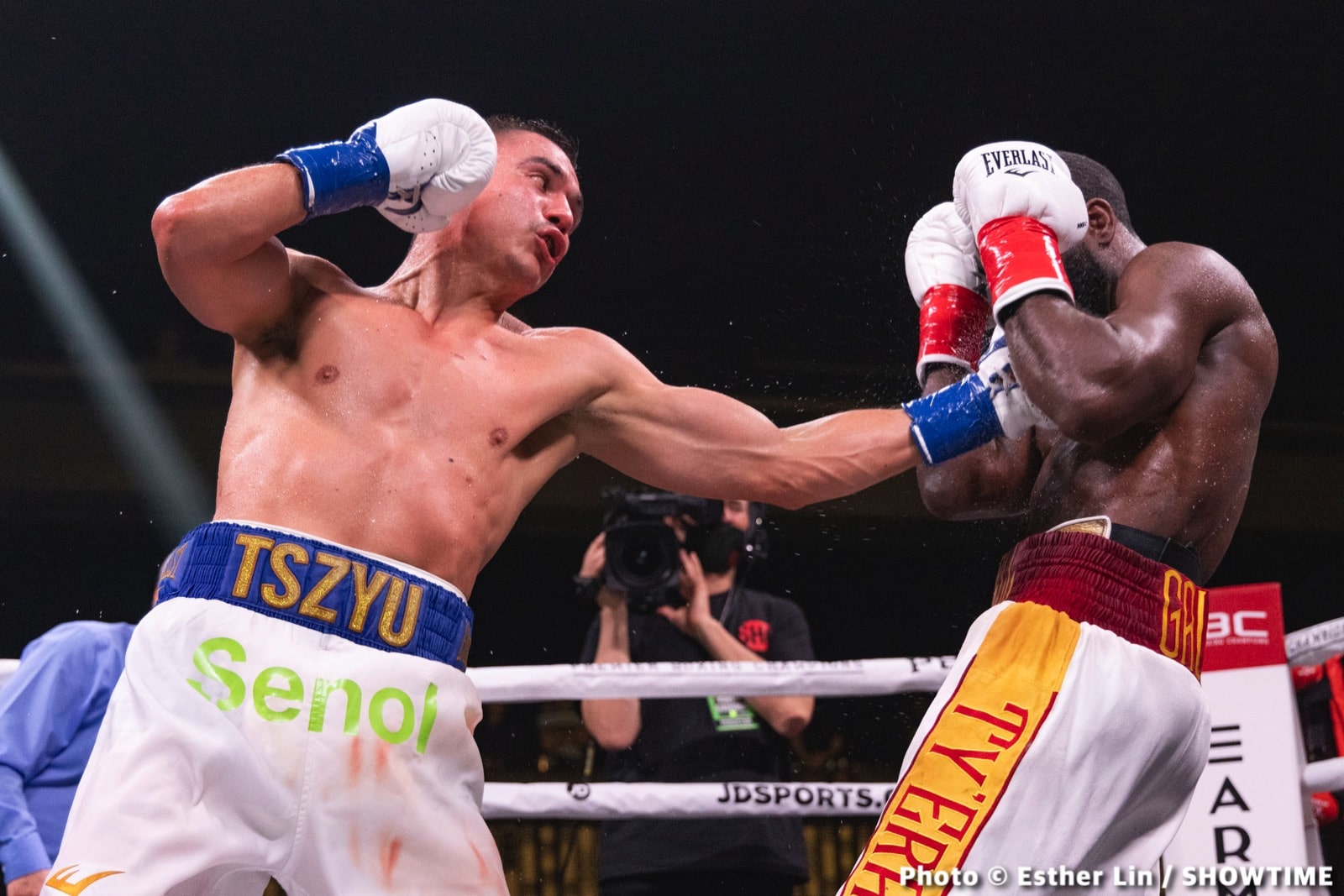 Tim Tszyu (21-0, 15 KOs) showed off his power on Saturday night in beating a game Terrell Gausha (22-3-1, 11 KOs) by a closer than expected 12 round unanimous decision in his American debut.

Fighting for the first time in the United States Australian Tszyu was knocked down in the first, but then dominated Gaushua the rest of the way at The Armory in Minneapolis. The fight was televised on Showtime.

Gausha had his moments in rounds one through three, but he started to fall apart from the heavy shots that Tszyu was hitting him with in the fifth. It was a methodical beat down by Tszyu from the fourth round.

Those scores made sense only if this were scored in terms of an amateur contest in which a fighter is given points just by making contact.

Gausha didn’t land enough telling blows to give him more than a couple of rounds. His power was way too weak for him to bother Tszyu with his shots. You could tell that Tszyu didn’t respect the power of Gausha, and that’s why he wasn’t concerned with the shots he was getting hit with.

Tszyu had the 2012 U.S Olympian Gausha pinned with his back against the ropes for the last nine rounds of the contest. With Gausha’s training, he knew better than to be a stationary target but he didn’t have the legs to stay off the ropes.

Tszyu kept hitting Gausha with crushing body shots, resulting in him shelling up against the ropes. When Gausha was against the ropes, he did a better job of protecting his body than he was in the center of the ring.

Tszyu was too upright tonight and showed little to no head movement to evade shots. Unlike his famous dad, Kostya Tszyu, Tim displayed no ability to lean away from shots with upper body movement.

Following his UD victory over Gausha, @Tim_Tszyu has plans to get even better and go after the ultimate prize 👀#TszyuGausha pic.twitter.com/JpGDOMJ5Og

The 27-year-old Tszyu seemed stiff and incapable of getting out of the way of Gausha tonight. For all intents and purposes, Tszyu’s offense was his defense in this fight. As long as Tszyu was hitting Gausha as hard as possible, he was fine.

But as soon as Tszyu would let up, he’d get nailed. Fortunately for Tszyu, Gausha had no power whatsoever, so he wasn’t bothered by his punches.