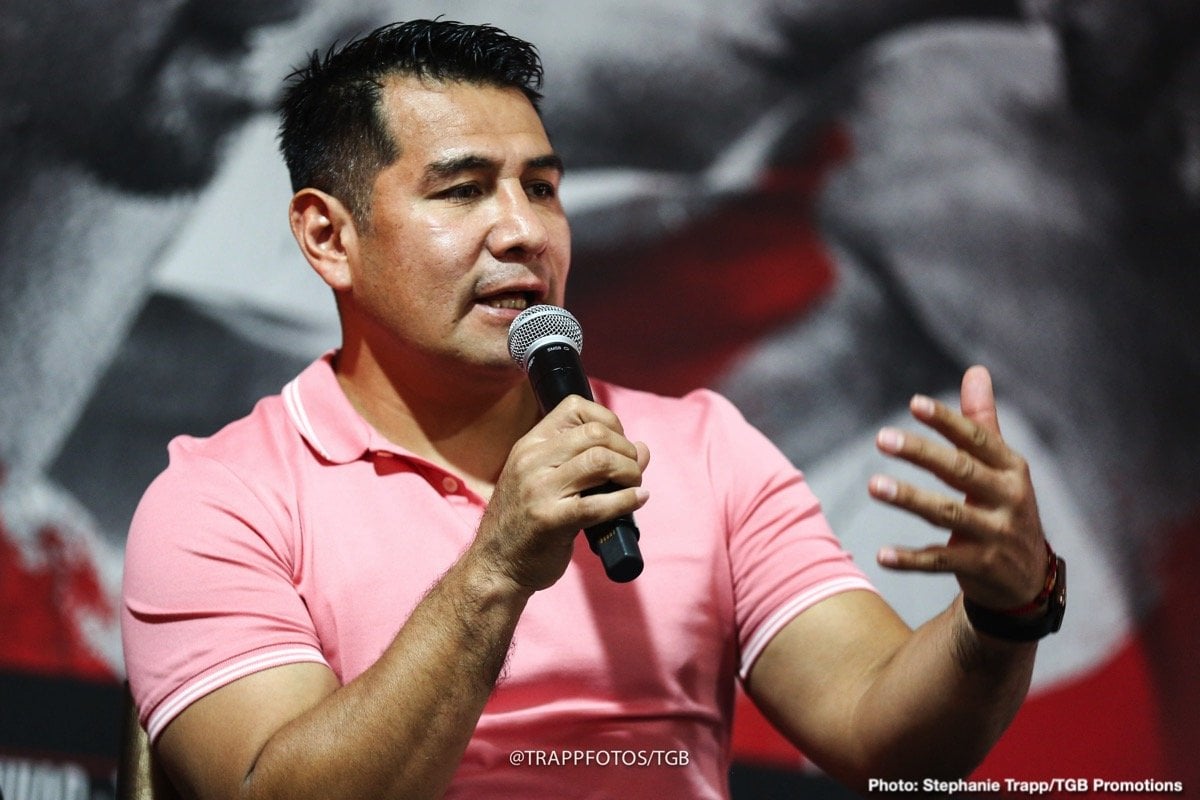 This was the big test for “The Prince,” albeit one most experts felt the Sheffield southpaw puncher would pass, likely by way of a KO win. Barrera had been beaten by Junior Jones, twice, once by a DQ defeat that was, in reality, a KO loss, and Barrera had recently gone through 12 rounds of hell with countryman Erik Morales. The February 2000 war must have taken plenty out of Barrera, and Hamed, with his wickedly powerful shots, these often coming from unpredictable angles, would get the biggest win of his career. So the general line of thinking went, anyway.

But behind the scenes, Hamed was training like a third Rater. Having piled on a later reported 35 pounds, Hamed spent most of his time in Vegas trying as best he could to shift the excess weight (that and ensuring his personal barber was flown in from the UK). Looking back on the fight and his disastrous training camp with BBC Sports, Hamed said the following:

“I boiled myself down to make weight. I got to Vegas and was wearing sweatsuits. I was in my room at 5AM still on a treadmill and having the hottest baths I could. There was a point where I was in bed and couldn’t even pick my head up.”

Barrera entered the ring in superb condition and, his game-plan switched to that of smart boxer, not rugged ring warrior, the Mexican star proceeded to pretty much thrash all the cockiness out of Hamed; what was left of his cocksure attitude. For on this night, Hamed was not himself. Hamed even failed to enter the ring with his customary flip over the top rope. Fans who were paying attention knew something was wrong.

To his credit, Hamed gutted it out and somehow got through the 12 rounds; this an incredible achievement if he really was unable to “pick my head up” whilst laid exhausted in bed. But Barrera had won by a clear margin. Today, the margin Barrera won by has been lengthened, fans remembering the fight as being a completely one-sided affair. It was unquestionably Barrera’s fight, yet two judges had him up by just three points (Marco losing a point late in the fight, this for smashing Hamed’s head into a corner post).

Who knows if it would have been a different fight, a far closer fight, had Hamed trained like a champion the way Barrera did. As it is, the damage had been done; irreparable damage. Hamed’s sheer self-belief had gone. He would fight just once more and he would never go near Barrera again (though he could have had the rematch, the rematch clause in place). Barrera was certain Hamed would fight again, making plans to travel to the UK for the return clash.

The fight that took place 20 years ago today is a classic example of how one fight, one loss, can forever change a fighter. Hamed was never the same again. As for Barrera, he had plenty more great nights ahead of him. These two fighters, one great, one perhaps close to greatness, were leagues apart on the night of April 7, 2001.