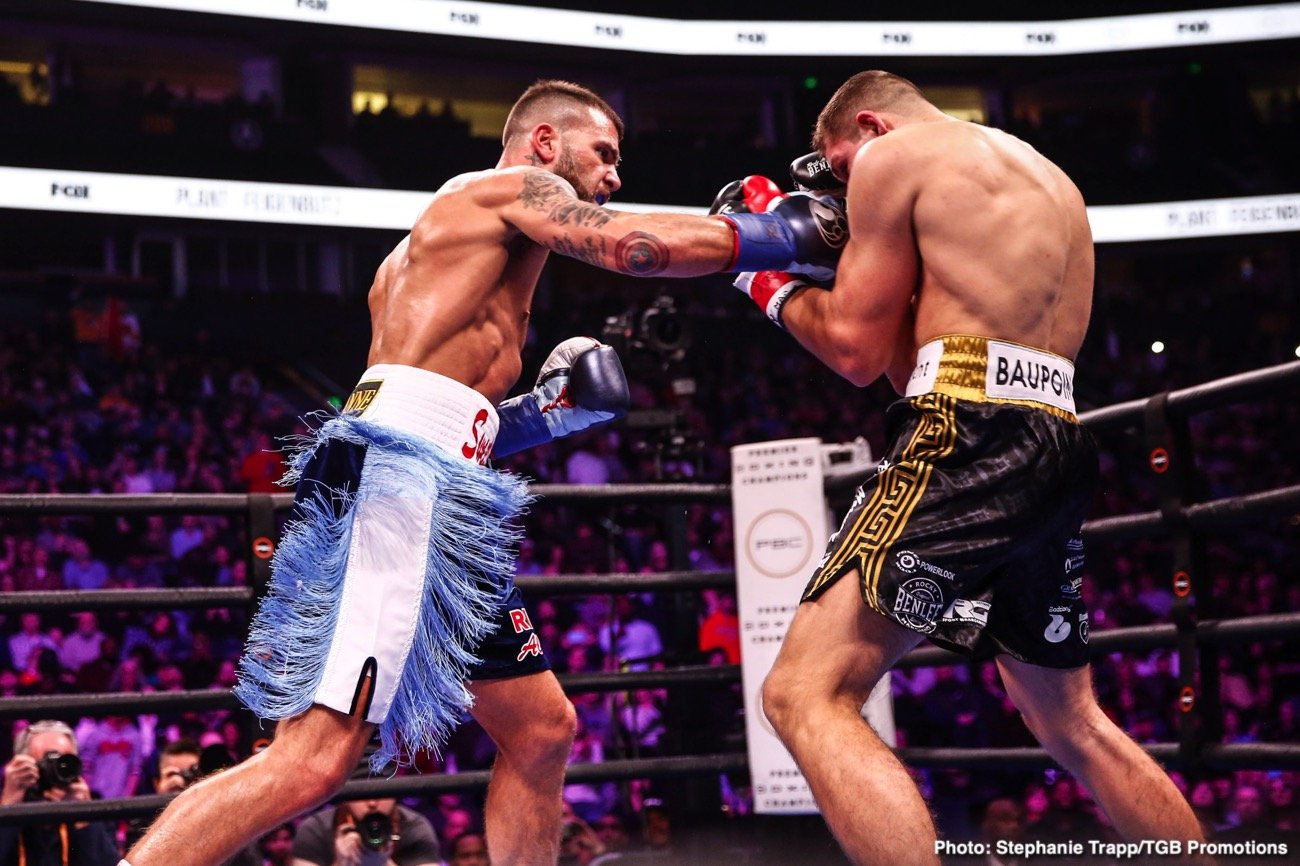 Caleb Plant is working hard selling his November 6th fight against Canelo Alvarez, predicting that he will defeat the Mexican superstar to become the first undisputed super middleweight champion in the history books.

We don’t know if Plant REALLY believes he can beat Canelo or if he’s talking to help increase the buy rate for their PPV fight on FOX Sports.

The more pay-per-view buys, the more money Plant makes, so you can understand why he would want to work hard hyping the contest.

It’s not surprising that Canelo isn’t doing the same because he’s already fabulously wealthy with a net worth estimated at $140 million.

With that kind of money, Canelo doesn’t need to break his back trying to sell his fight with Plant because he will have plenty of other huge paydays in the future. You can’t say the same thing for Plant, as this might be as good as it gets for him.

I’m putting my name in those history books FOREVER as boxing’s first undisputed super middleweight of all time 🏆🏆🏆🏆 pic.twitter.com/pJHQdXkHcN

It means a lot to the IBF 168-lb champion Plant (21-0, 12 KOs) to leave a legacy by accomplishing something no one has done. By beating WBA/WBC/WBO super middleweight champion Canelo (56-1-2, 38 KOs), Plant would shocking the world and leaving a mark.

Canelo is unbeatable right now in the eyes of many fans, and they don’t view the 28-year-old Plant as a real threat to beating him. With that said, Plant has the technical skills, speed, and the power to defeat Canelo.

The only question is whether Plant would be given a decision if it goes to the scorecards. You hate to say, but Canelo has a reputation for winning controversial decisions, and some boxing fans no longer see it as possible for him to lose outside of knocking him out.

“Canelo is strong. He’s blasting dudes out, but I think Canelo is going to bring the best out of Caleb Plant,” said Robert ‘The Ghost’ Guerrero to K.O Artists Sports. ”

“He [Plant] can box, and the one thing, he’s always in shape, even throughout this pandemic at my home in Las Vegas, he was training there because all the gyms were closed. I think he’s going to do great. I think it’s a pick ’em fight.

The way Canelo looked in his last fight against Billy Joe Saunders, Plant has an excellent shot at winning the match as long as he doesn’t get caught with anything stupid.

Saunders was fighting recklessly by keeping his guard down and leaning forward in his loss to Canelo. What’s surprising is Saunders lasted as long as he did before Canelo finally knocked him out.

Alvarez didn’t look as sharp in that fight than he’d been in the past, meaning that he could be starting to show signs of age.

Canelo’s brothers Rigoberto and Ramon Alvarez started going downhill with their respective careers when they reached his age in the early 30s.

Canelo may deteriorate on the same timeline as his brothers, and that’s why Plant has an excellent chance of beating. Canelo showed deterioration against Saunders in getting outboxed by him early and might have lost if Billy Joe didn’t gas out and make mistakes.

“We’ll see how Canelo deals with someone so athletic. Most of the fighters aren’t that athletic and technical. Caleb Plant is both of them.

“He fought Floyd Mayweather, and he fought [Erislandy] Lara. He fought some of the best,” said James when asked if Plant is the best fighter Canelo will have fought.

7 thoughts on “Caleb Plant: I’m putting my name in the history books forever”