On Tuesday, Eddie Hearn threw cold water on the talk that Canelo Alvarez is close to finalizing the unification fight with IBF 168-lb belt holder Caleb Plant. Discussions are still going back and forth between Plant’s team at PBC, according to Hearn.

In the meantime, WBA light heavyweight champion Dimitry Bivol is the Plan-B opponent for Canelo (56-1-2, 38 KOs) to face if the negotiations with Plant stall out.

Oddly enough, IBF/WBC 175-lb Artur Beterbiev is NOT in the running for Canelo’s next fight despite him and his trainer Eddy Reynoso expressing interest in that fight. It could be the amount of time that it would take to negotiation back and forth with Beterbiev’s promoters at Top Rank

It’s a different kettle of fish for Matchroom Boxing to negotiation a fight with Top Rank; then it would be put together a contest with Bivol, who is part of their stable.

Beterbiev would be a difficult fight for Canelo to prepare for him in just eight weeks.

That’s the type of opponent that he would need more time to ramp up for because he would have to gain muscle weight, and he might not be able to bulk up enough in eight weeks for him to be competitive against the big-punching Beterbiev.

Bivol would take the Canelo fight

“We’ve already got a couple of other options in place, “ Eddie Hearn said to the DAZN Boxing Show on Plan-B options for Canelo in case the fight with Plant doesn’t happen. 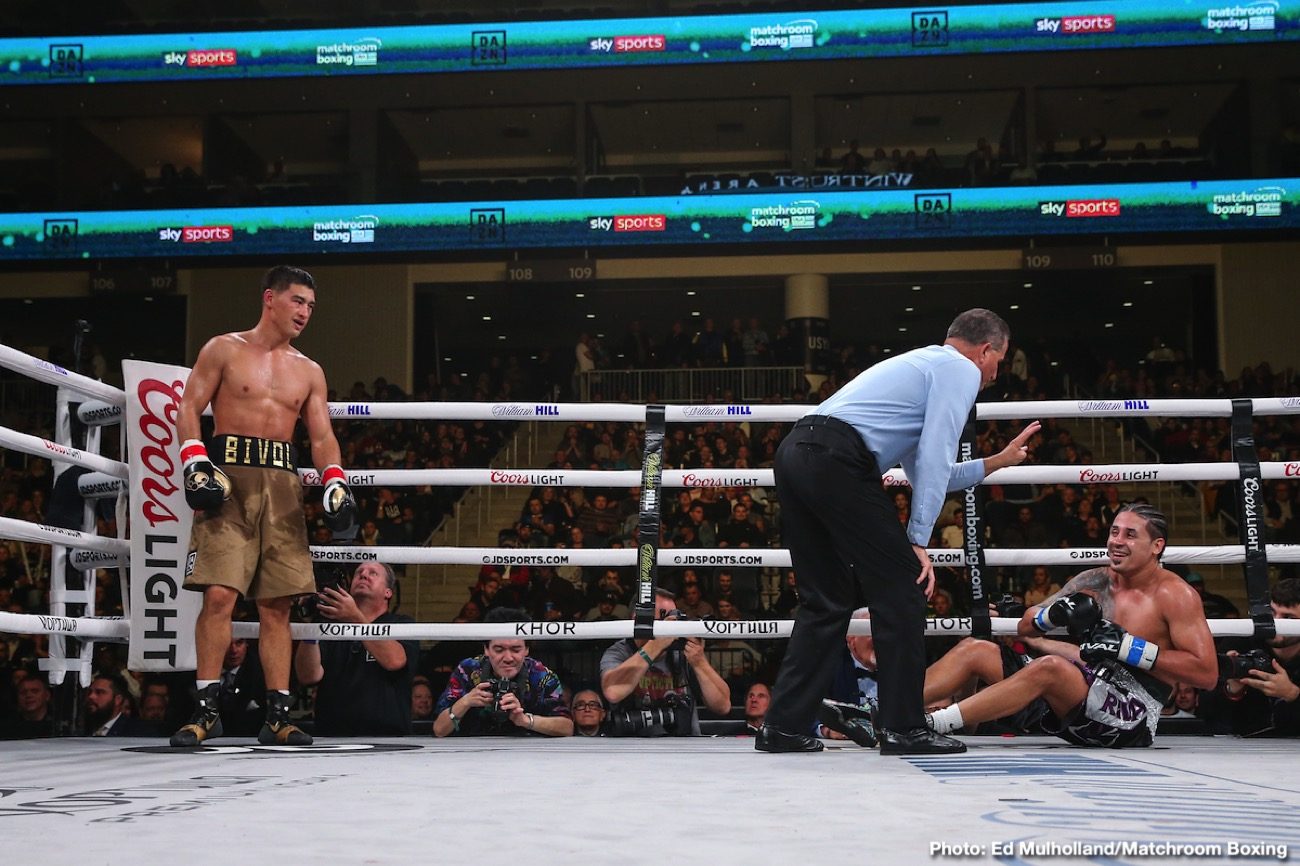 “We have other plans in place if the Plant fight is not happening,” Hearn continued. “It’s more now. It’s more a time frame issue. If things have to get over the line, they really have to do so within the next week, and that’s very possible.”

Hearn has already said the end of last week was the deadline for the Canelo vs. Plant fight to get made. Now, he’s saying next week. It sounds like Canelo would be willing to wait until the week of the fight to get this match-up made.

It’s obviously a much easier fight for Canelo fighting Plant than it would be if he were to take on Bivol or one of the talented other fighters like David Benavidez or Jermall Charlo.

Plant is a good basic fighter, but he has no power to speak, poor stamina, and no experience against A-level fighters during his professional career.

Whether or not Plant’s promotional team has intentionally steered him around risky fighters like Benavidez, the fact is, he hasn’t fought any of the talented 168-pounders during his career.

But Plant is no different than Canelo’s recent past opponents Billy Joe Saunders, Callum Smith, and Rocky Fielding, in that department.

Those guys had never fought anyone solid at 168 before they fought Canelo. Callum Smith beat George Groves, who came into the fight with him after shoulder surgery following his win over Chris Eubank Jr, but he was a shell of his former self. It’s extremely doubtful that Callum would have beaten Groves with him 100%.

Hearn in conversations with Bivol

“We’re in conversations with Dimitry Bivol and his team; he would accept that with Canelo Alvarez, there are others as well,” said Hearn.

“But I think sooner or later; the Plant fight’s going to happen. “So if we could do it now, you know, those ones with Bivol and Beterbiev would be a natural progression after that.” 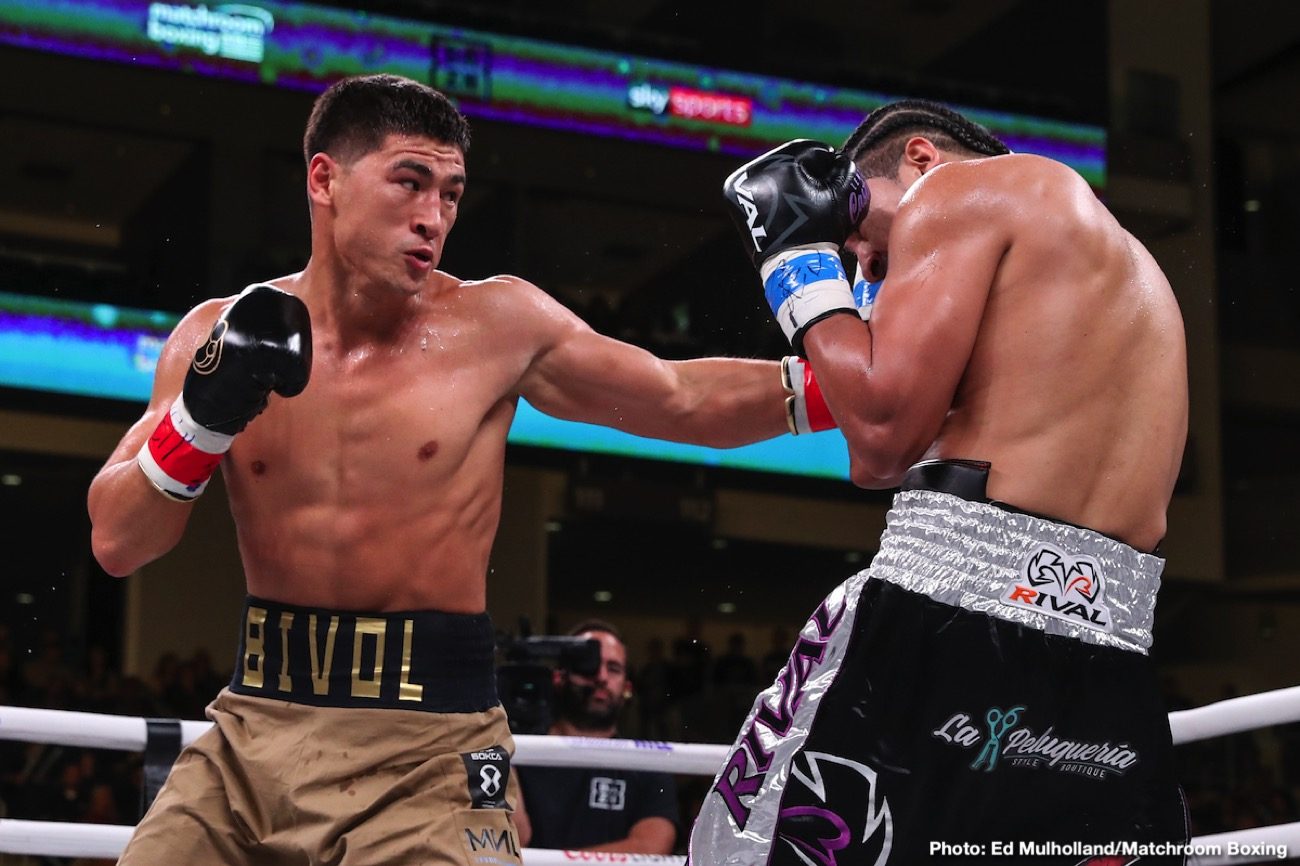 It also gives the impression that Team Canelo is desperate to fight with Plant, even though the U.S boxing public isn’t excited about the match.

For some reason, Canelo REALLY wants the fight, and it makes you wonder if it’s more about Plant being an easy mark like Saunders, Fielding and Callum were than it being about his IBF belt.