Tim Bradley was in awe of former three-division world champion Vasily Lomachenko after watching him dismantle Masayoshi Nakatani in a ninth round knockout last Saturday night at the Virgin Hotels Las Vegas.

Although Bradley had predicted a knockout victory for the two-time Olympic gold medalist Lomachenko (15-2, 11 KOs), he was still stunned at how impressive he was in taking apart the tough-as-nails Nakatani (19-2, 13 KOs).

“I keep telling you, legend,” said Tim Bradley to Fighthype when asked about his thoughts on Lomachenko’s win over Nakatani.

“Yeah, I called a knockout because you can’t be great at what you do and not come back with a vengeance.

“You can’t come back from suffering a loss and not get better. This guy [Lomachenko] is willing to take risks from the start of his career.

“It’s a different type of mentality that these fighters have, and he showed that tonight.

“He made Nakatani look average. I know the size and the punching power and all that.

“Yeah, you got to worry about that, but the footwork, the in and out, and the IQ [of Lomachenko] was too much. So that’s why I said, ‘He’s going t stop him,'” said Bradley.

The 32-year-old Nakatani was never going to do well against a fighter as skilled and as fast as Lomachenko. This fight had mismatch written all over it the moment the contract was signed.

Lomachenko had way too many skills for the 5’11 1/2″ Nakatani, and, surprisingly, he lasted up to the ninth round.

If Lomachenko had gone after Nakatani hard in the early rounds, he might have gotten him out of there.

Nakatani was a one-handed fighter

“You must have forgotten who Lomachenko is,” said Bradley. “We’re so easy to jump off the bandwagon when a guy loses. What did he do beforehand. 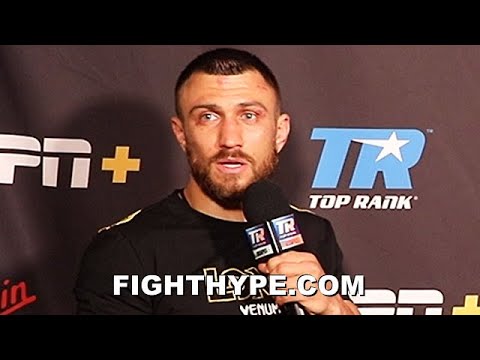 “I don’t know if you saw, but Loma started quicker. Normally, he takes his time and downloads.

“I was hoping he would take his time against a punched like Nakatani, but he didn’t. He took the necessary risks. ‘You’re not going to knock me out, I’m going to be right in front of him, and I’m going to move and do what I got to do.’

‘It was beautiful tonight. I have never seen anyone. In all my years of boxing, nobody does it better than that.

“Loma is in the top five of the best offensive movers of all time. I got Loma at number four, right in front of Salvador Sanchez.

“He [Lomachenko] fought a one-fisted fighter [Nakatani] tonight,” Bradley said when asked if Lomachenko will beat Teofimo Lopez in their rematch.

It’s definitely true that Nakatani only had his right hand as a lethal weapon against Lomachenko.

Teofimo is dangerous with both hands, but at the same time, Teo isn’t as courageous as Nakatani. He’s not as brave, and his stamina is nowhere near as good as the Japanese fighter.

One reason for that is because Teofimo is fighting at a weight that is well below his natural size. For the casual boxing fans that might not be aware of this, Teofim walks around at a muscular 160 lbs.

When you’re talking cutting both muscle and 15 to 20 lbs of water weight to gain an advantage over smaller guys at 135, it’s not surprising that Teofimo gasses out after six rounds.

He likely wouldn’t have this problem if he were fighting at 140 or preferably 147. However, up until now, Teofimo has been able to get away with melting down to 135 because of his youth.

Young guys can make weight by dehydrating to fight in divisions well below their natural size. Eventually, they can’t play that dehydration game once they hit their mid to late 20s.

Teofimo might have run out of time, which is why he needs to move up to 140 or 147 as soon as possible.

“So he was able to move and get on that angle,” said Bradley. “He’s [Lomachenko] won’t be able to do that against Teofimo Lopez. 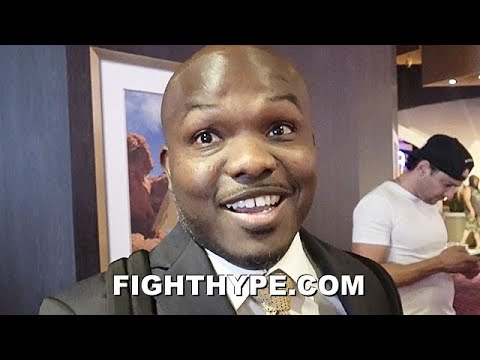 “Lopez is smart, and he knows where he needs to be. I think Loma is going to pick up that intensity and start sooner and try and put Lopez on his back foot and have to make some smart choices.

“But Lopez is double-fisted, bro. A couple of things could happen. Lomachenko can have success, but he’s going to have to take some risks to have that success.

“If he gets caught with a big shot coming in from Lopez, either a left hook or right hand, it’s going to be trouble. I smell trouble.

“I don’t know who’s going to win the rematch right now. A great performance from Lomachenko, he displayed all the skills tonight, but Lopez is no easy challenge.

“He beat him once, and he can do it again. If Lomachenko makes the proper adjustments and starts quickly, likely he did [against Nakatani], you never know.

“This is the first time you’re going to have me say, ’50-50.’ After witnessing what I just witnessed, I don’t know.

“He [Lomachenko] got caught with some right hands coming in being aggressive. So Lopez still has everything he needs to win the fight,” said Bradley.

What Bradley is failing to factor into his projection for the Teofimo vs. Lomachenko II rematch is the fact that Loma was injured when he fought Lopez last October.

Also, it’s fair to say that there wasn’t the same motivation for Lomachenko as there is now. Loma wants revenge badly, and that’s going to play a huge part in the second fight.

Bradley should know that, though, but perhaps he’s intentionally staying on the fence because he’s a company guy with Top Rank.

It wouldn’t look good for Bradley to favor Lomachenko or Teofimo in this fight because he’s likely planning on staying with Top Rank for good.

Bradley might burn bridges if he tells it like it is by picking Lomachenko over Teofimo, who some boxing fans feel is little more than a good self-promoting weight bully.

Can Loma wear Teofimo down?

“Lomachenko, he’s been dreaming about Lopez every single night.

“He [Lomachenko] started quickly. He started fast. I never seen Loma start as quickly as he did, and his footwork was even more dynamic tonight because he had the right guy in front of him.

“Slow foot, long, not a whole lot of movement, and not a high IQ. Jut a tough guy. You’re going to have a grace period if you’re a tough guy, but you’re going to get your a** whipped a lot of times.

“You’ve got to have skills. You can be a small guy with all the skills in the world, and you can take advantage of tall guys that are taller, lanky, and tough.

“Taller guys were nothing for me. I enjoyed fighting taller guys.

“So Lomachenko, all the skills he’s got, he has more skills than I ever had. Lomachenko was great. I know the fans enjoyed seeing what they saw tonight,” said Bradley.

With as much time that Teofimo has been out of the ring, he might not even be able to make the 135-lb limit still any longer.

In the week before his June 19th fight with George Kambosos Jr was postponed due to a diagnosis of COVID 19, Teofimo looked like he wasn’t going to be able to make weight. Whether that’s the true reason why the fight was postponed is debatable.

Whatever the case, if Teofimo is still struggling with his weight by 2022 when he faces Lomachenko in a rematch, he may be weight drained in crunching down to the 135-lb limit. If Teo is weight drained, he won’t stand a chance against Lomachenko.