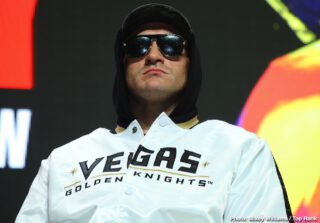 Ranking fighters across different eras is a very tricky business. In Part 1 of the new “Top 10 by Decade” series, we explored the heavyweight division with a new scoring … Read more 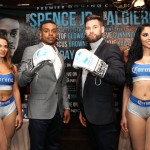 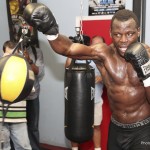 Former IBF cruiserweight champion Steve ‘USS’ Cunningham, has made the decision to rejoin the 200 lb division after a 3 year stint at heavyweight that led to some controversial moments.

Cunningham battled to a draw against Antonio Tarver in August in a fight that many thought he’d done enough to win, with the added news this week that Tarver tested positive for synthetic testosterone making circumstances all the more bitter for the former US Navy veteran.

In a do or die fight for two older heavyweights looking for one last opportunity at a world title bout, Antonio “Magic Man” Tarver and “USS” Steve Cummingham gave everything they had in a hard fought, competitive twelve round split decision draw. Scores were 115-113 for Cunningham, 115-113 for Tarver, and 114-114. This main event at the Prudential Center in Newark, New Jersey was part of the Premier Boxing Champions and was broadcast on Spike TV. 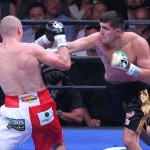 Both Tarver and Cunningham fought at a consistent pace throughout the bout, exchanging punches evenly in the early rounds. Tarver caught Cunningham in the fourth round with a sneaky right cross that wobbled the younger fighter who quickly regained his composure and finished out the round. The back and forth action, which left Cunningham bruised and swollen around the eyes, lead to the draw with judges scores of 115-113 Cunningham, 115-114 Tarver and 114-114. 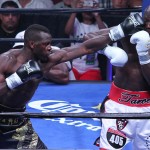 (Photo credit: Ed Diller/DiBella Entertainment) At first glance “Sleepy Hallow” is a fitting title for the Heavyweight main event tonight for the PBC on Spike. There’s a good chance it could be a sleepy affair. The argument could be made that the bout is being slept on as well. At least the location is solid with a main event featuring somewhat known boxers and two fighters of polish decent on the televised portion of the broadcast which will air live at the Prudential Center in Newark, New Jersey.

Does anyone care about Antonio Tarver’s aspirations of topping George Foreman’s record? Not really. Even with a win the goal won’t be accomplished until he gets a likely shot at Deontay Wilder’s WBC strap. Cunningham isn’t the household name that sparks interest per-say either which is the main reason why this fight has been put out to pasture and thrown on the pile of meaningless fights made by the PBC.