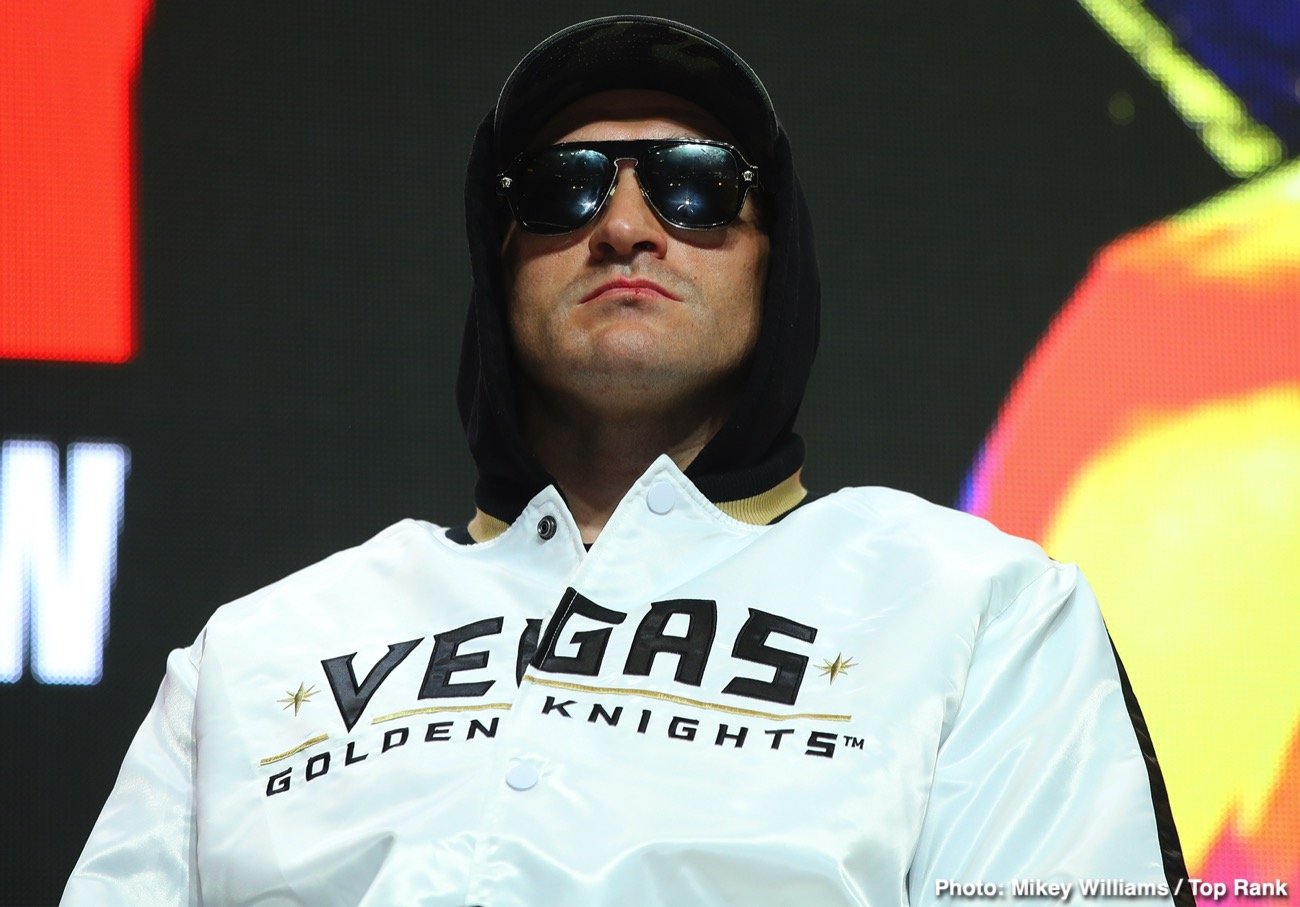 It was Tyson Fury’s U.S debut and it almost ended in disaster – Rewind to April of 2013 and Fury was a 22 year old with a 20-0 pro record and dreams of becoming world heavyweight king. Opposite from him in the ring at Madison Square Garden in New York was former cruiserweight ruler Steve Cunningham.

In the run-up, Fury talked the fight up superbly; his own greatness and his assured victory shouted about in ultra-boastful tones. It was great entertainment and Cunningham and his great trainer Naazim Richardson were somewhat taken aback by the vocal Brit. Then the actual fight began. Without his uncle Peter in his corner, Fury fought the most ragged fight of his career. Indeed, all these years later (amazingly, due in large part to his later out of the ring problems, Fury has fought just nine times since facing Cunningham), Fury says this fight was THE toughest of his career.

Not the Wladimir Klitschko fight, not even the Deontay Wilder fight that saw Fury hit the deck twice. No, Fury says, without hesitation, that Cunningham gave him the single toughest fight of his career. Speaking on a conference call to further hype this Saturday night’s massive return fight with Wilder, Fury was asked to name his career-toughest rumble.

“My toughest opponent in my whole career was Steve Cunningham,” Fury said. “He was a former cruiserweight champion. I fought him in 2013 in New York, and that was the toughest fight I ever had. At that time in my life, I had never fought anybody like Steve Cunningham. He was a unified champion and it was my step up to anybody with that type of ability. And he was slick, and he was hard to hit. He was very awkward and he was a very good boxer, so that was the toughest fight of my life.”

Fury soon found out that Cunningham could punch both hard and sharply. His shorts hanging loosely and quite ungainly, Fury was decked by a Cunningham shot to the head in round-two, flat on his back, and for a time it did look as though the loudmouth was going to be sent home with his gob shut tight and his tail placed firmly between his legs. On other occasions in the exciting fight Fury was wobbled and hurt, but eventually, his advantages in height, reach and weight serving him well, Fury wore Cunningham down for the 7th round stoppage win.

In looking back, Fury showed in this fight that he has a chin, how he can fight through adversity. But back in 2013, the critics asked out loud how Fury’s chin would hold up if a monster heavyweight hit him, and not a natural 200 pound man. We saw in the Wilder fight how Fury’s chin, along with his quite astonishing powers of recovery, are first-rate.

Cunningham, getting on for three years retired, must be quite proud to hear that he – not Wilder or Klitschko – gave Fury the hardest tussle of his 30-fight pro career. One could also argue that the April 2013 battle was the most exciting of Fury’s career. This, however, may change come Saturday night in Las Vegas.